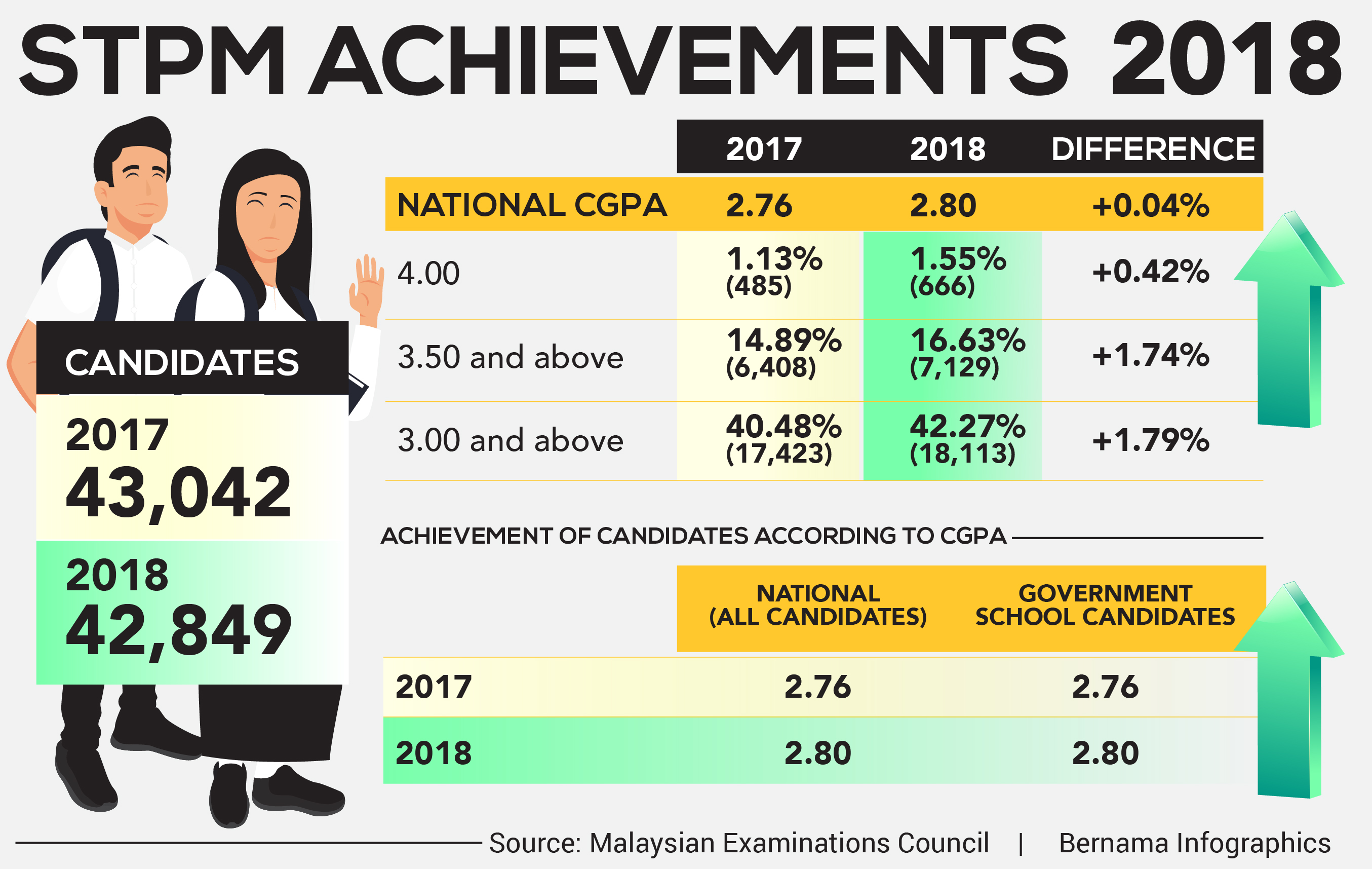 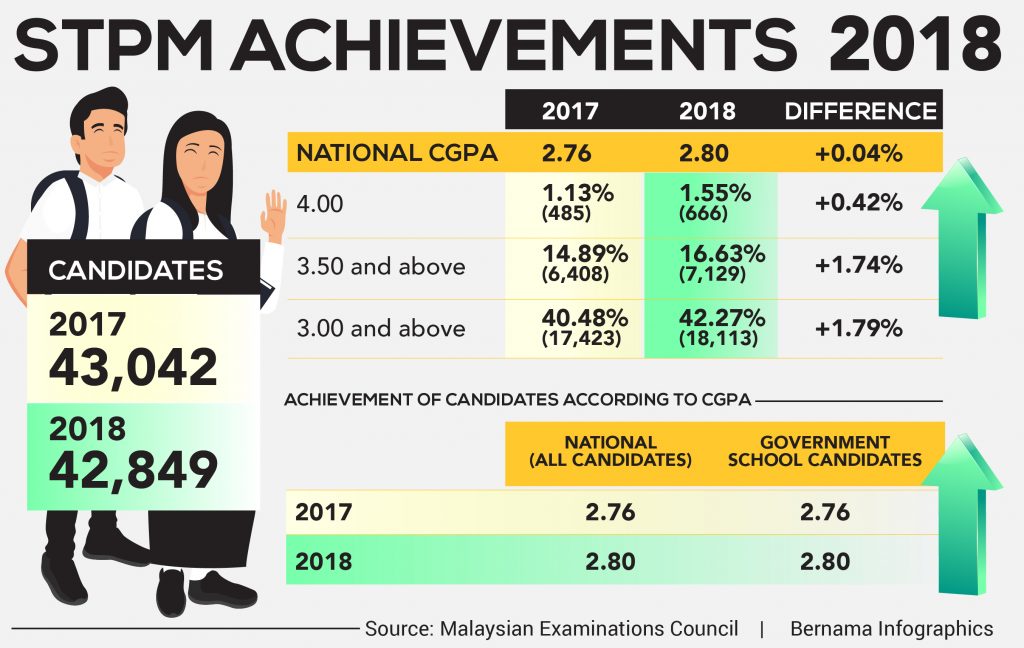 A total of 5,479 candidates sat for the STPM in Sarawak compared to 5,329 candidates the previous year.

In terms of subject performance, a total of 4,725 out of 5,274 school candidates in Sarawak passed the Pengajian Am (General Paper) with 89.57 per cent.

Arts stream subjects like Accounting as well as Information and Communications Technology recorded a 100 per cent in full passes with 48 and 23 candidates respectively.

The 2018 STPM results of Sarawakian candidates showed that 10 out of 21 subjects recorded an increase performance of passes compared to previous year, namely Business Studies with 5.64 per cent, General Paper with 4.74 per cent, Economy with 4.66 per cent, Information and Communications Technology with 4.54 per cent, Syariah with 3.31 per cent, Visual Arts with 2.14 per cent, Malaysian Language with 0.89 per cent, Geography with 0.86 per cent, History with 0.31 per cent and Arab Language with 0.23 per cent.

In terms of student performance, a total of 92 candidates from government schools in Sarawak achieved CGPA 4.00 (maximum) compared to 51 candidates in the previous year.

State Education Department director Dr Azhar Ahmad said in a press statement that the examination results had been sent to all school principals while the Malaysian Examination Council (MPM) would send the results to private candidates by post.

All candidates can check their results through Short Message Service (SMS) by typing STPM<space>Result<space>Identification Card Number and send to 15888 or by clicking on www.mpm.edu.my

Any candidate who wants to make personal information corrections on the result slip shall submit an application on or before May 31.