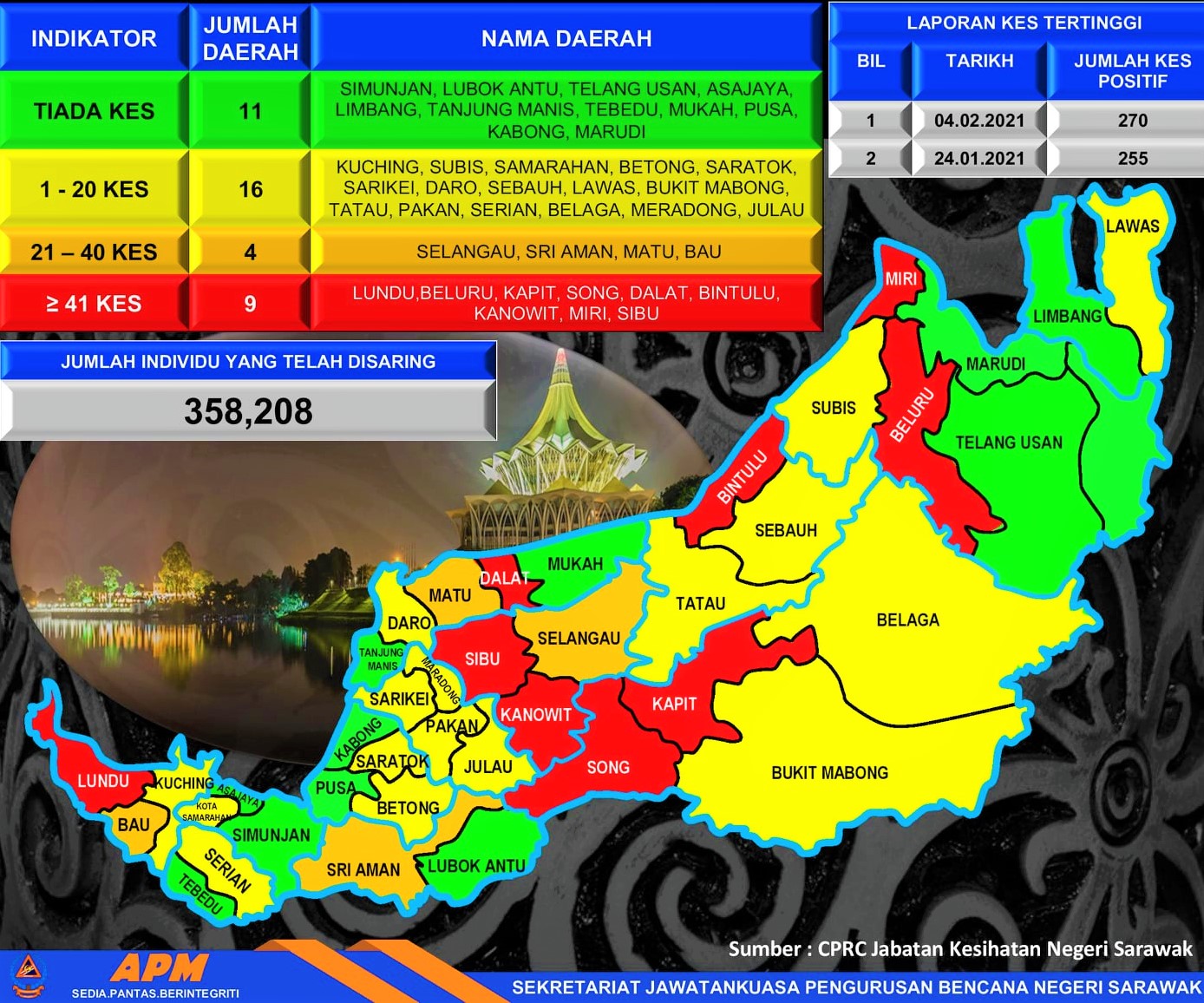 KUCHING: The district of Simunjan has been declared a Covid-19 green zone while Kuching returned to yellow zone on Tuesday (Feb 9).

State Disaster Management Committee (SDMC) said the declaration was made after no locally transmitted cases were recorded in Simunjan within the past 14 days.

It said Kuching, which was previously an orange zone, has recorded only 17 locally transmitted cases in the past two weeks.

“Lundu, Beluru, Kapit, Song, Dalat, Bintulu, Kanowit, Miri and Sibu districts remain as red zones with a total of 1,863 cases of locally transmitted cases reported in these districts in the last 14 days,” it said.

SDMC said this in a statement issued on Tuesday.

The committee also noted that Selangau, Sri Aman, Matu and Bau districts remain as orange zones with 108 cases of locally transmitted cases reported in all four districts in the last 14 days.

“The 11 other districts remain as green zones,” it added.

The red zone code is attributed to areas of more than 40 cases, orange for 21 to 40 cases, yellow for one to 20 cases, and green when there are no cases recorded within 14 days.