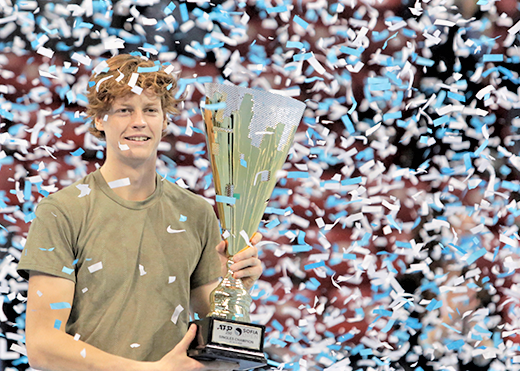 Sinner, the youngest Italian winner of an ATP title in the modern era, withstood 14 aces and won 75 percent of his first-serve points (45/60) to become the youngest man to capture an ATP Tour title since 18-year-old Kei Nishikori won the 2008 Delray Beach Open.

“It is always special when you win tournaments,” said Sinner.

“I felt well this week. It is special. Playing finals like this, 7-6 in the third… is always tough. But when you win, it is an even better win than winning 6-1 6-1.

“I am happy about the match, how I tried to stay there every point and I think it is a very special week for me.”

This time last year he won the NextGen title in Milan.

“It is a nice feeling to win the first title like last year in the same week. It is good,” he said.

“I felt well the whole week here. It is beautiful playing here. The crowd was amazing and it is a nice achievement.” – AFP