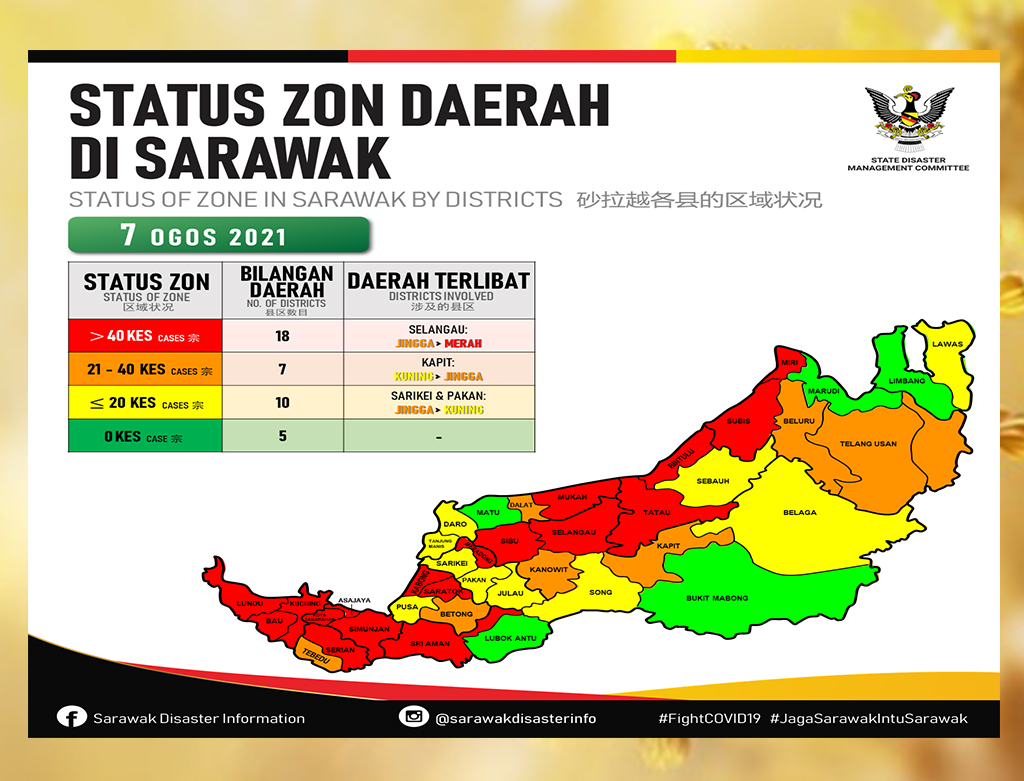 The committee said the EMCO at the Sungai Kubud Estate staff quarters at Keresa Estate in Sebauh was from Aug 5 until 18.

In the Sri Aman district, the EMCO at Rumah Pilit, Kampung Kaong Ulu, Undop will begin Monday (Aug 8) until Aug 21.

Meanwhile, the EMCO at the Detainees Placement Block, Miri Central Prison in the Miri district was extended from Saturday (Aug 7) until Aug 17.

The EMCO for Pelitanah Estate One and Two staff quarters in the Dalat district will also be extended from Monday (Aug 8) until 14.

The SDMC on Saturday announced the end of the EMCO at Rumah Gimang, Jalan Kwong Ming Minah in the Sarikei district on Saturday (Aug 7).

The committee added that the Selangau district had turned red after reporting 44 cases in the past 14 days.