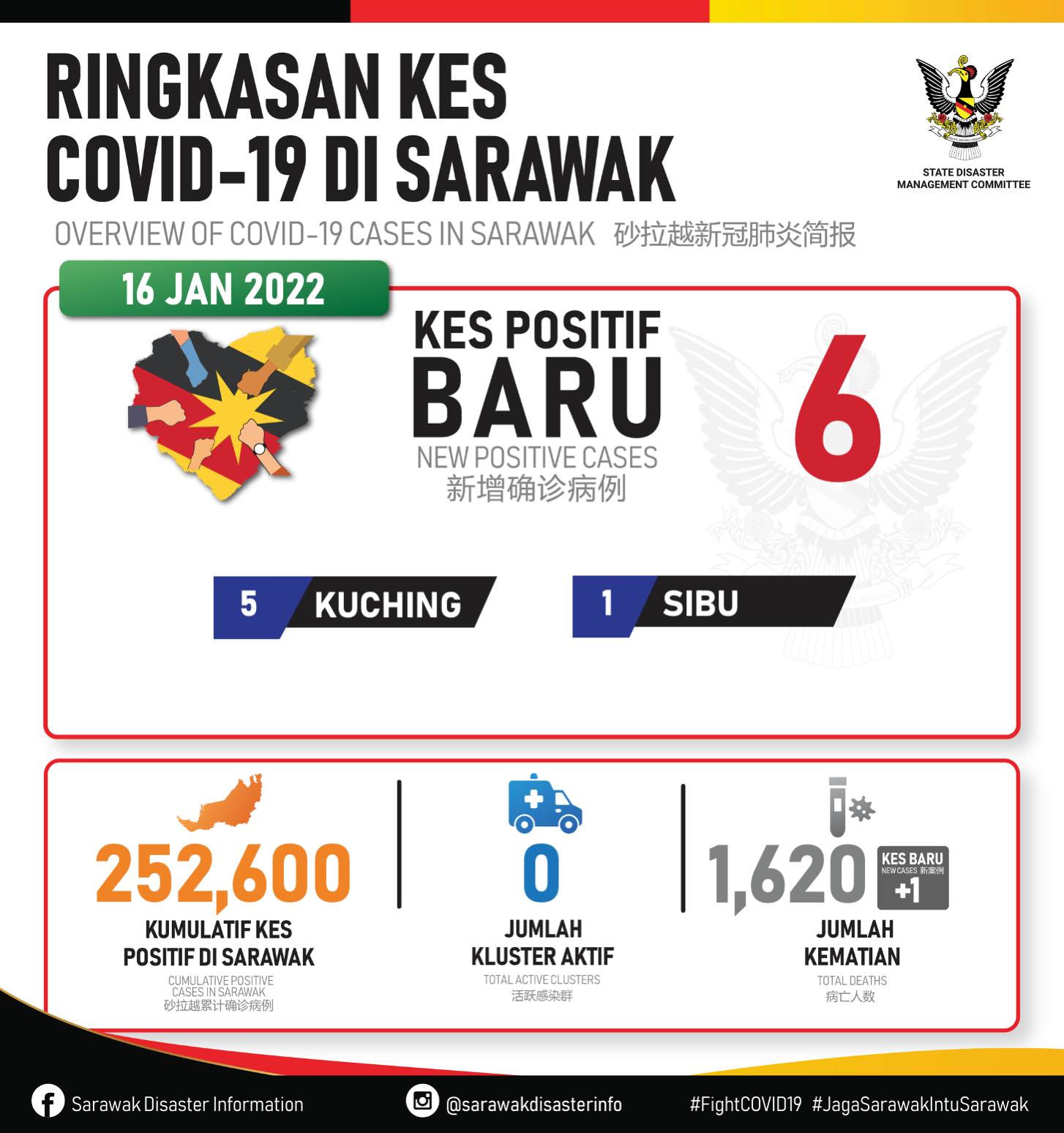 In its daily update the Sarawak Disaster Management Committee (SDMC) said all the cases involved Categories 1 and 2.

“Kuching recorded the most with five and one case was recorded in Sibu.

“Aside from that, one Covid-19 fatality was recorded involving an 81-year-old man in Kuching.

“The man who died on Jan 15 at Sarawak General Hospital (SGH) had high blood pressure, diabetes and dyslipidemia,” it said.

SDMC disclosed that there were 38 new people under surveillance and 515  under quarantine at designated hotels.

The committee also stated that a total of 164,055 persons under surveillance had been discharged to date.

Nine of them had failed to scan the MySejahtera before entering a premises whil, two individuals did not wear their face masks in public.

This bring the total number of compounds issued by Sarawak police to 12,928.

A TOTAL of 34 telecommunication towers under the Sarawak...

THE introduction of the Forest (Amendment) Bill 2022 is...