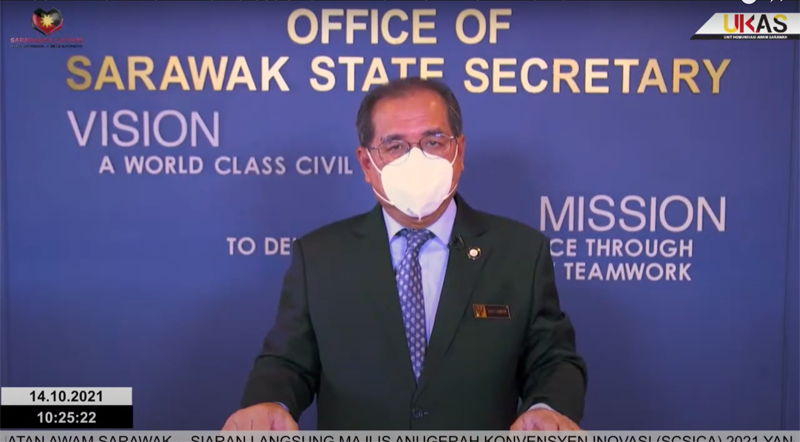 Six teams from Sarawak to participate in ICQCC 2021

KUCHING: Six teams from Sarawak government agencies will participate in the 46th International Convention on Quality Control Circle (ICQCC) 2021 in Hyderabad, India virtually from Nov 24 to 27.

The six teams are Do It 5 and Revenue Squad from Sarawak State Treasury Department, Flares from the Forest Department Sarawak, Lands Tahai Q from Sarawak Land and Survey Department (JTS), Probe from the Kuching North City Hall (DBKU) and Vision 6 from Sarikei District Council.

State Secretary Datuk Amar Jaul Samion disclosed this at the SCSICA 2021 ceremony held in conjunction with the official closing of the Sarawak Civil Service Innovation Month 2021 on Thursday (Oct 14).

“This is a first for the Sarawak civil service with six innovation projects to take part in the ICQCC programme. I pray that they will achieve outstanding success and bag the gold award.

“This will further glorify the state’s name similar to the outstanding successes achieved through ICQCC participation in previous years,” he added.

Jaul also said that the participation of state and federal agencies in this year’s Innovation Month has been extremely encouraging despite the Covid-19 pandemic.

“A total of 32 programmes were implemented virtually while the remaining nine programmes were conducted physically in compliance with the standard operating procedure (SOP).

“Meanwhile, the Sarawak Civil Service Innovation Convention Awards (SCSICA) since its implementation in 2010 have successfully cultivated innovation and creativity culture among both state and federal civil servants. A total of 632 innovation projects have been produced thus far.”

On the participation of Innovative and Creative Circle (ICC) team, Jaul disclosed there was an increase from 54 to 89 teams in comparison to the previous years.

“A total of 43 ICC teams qualified for the final round of SCSICA this year. Besides that, the first mini ICC convention was successfully held on Sept 6 to 7 involving 12 units from the Chief Minister’s Department. The response was also very encouraging with 13 ICC teams from nine units participating.

“As a result, I have given full mandate to all permanent secretaries in each ministry to organise the mini ICC convention among the agencies under its supervision with the assistance from the State Service Modernisation Unit (SSMU),” he said.

He pointed out that each ministry should play its role in upgrading, replicating and standardising the innovation products through its agencies and organisation as one of the department’s key performance index (KPI) target and objective.