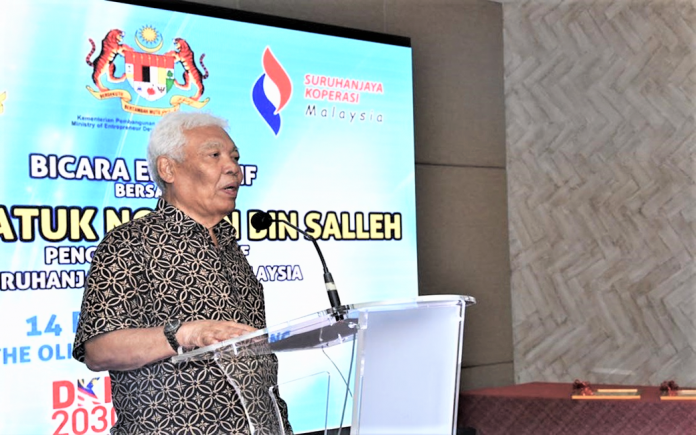 “People do not understand and see our assets as too big, even called us ‘sleeping giant.’ We are giant but we are not sleeping. Our assets are mainly in credit form, loans and others from both banks,” he told Bernama after attending an executive talk with Penang cooperative owner here, last night.

Meanwhile, Nordin said SKM was currently focusing on empowering and mobilising members from youths, women and families of B40 group in a bid to achieve socio-economic equality in the country.

“If youths are mobilised, they can call the shots. We want to put the youth at the forefront because I believe co-operative can be the country’s economic stronghold,” he said.

Penang’s SKM director Zakaria Mat Jusoh, who was also present in the event said, he has been working hard to meet the target of a 30 per cent increase in the membership of cooperatives in the state.

“The total population of Penang is 1.8 million and to date, we have 131,000 cooperative members. We are aiming for a 30 per cent increase, which is about 500,000 members to increase the capital share,” he said. – Bernama