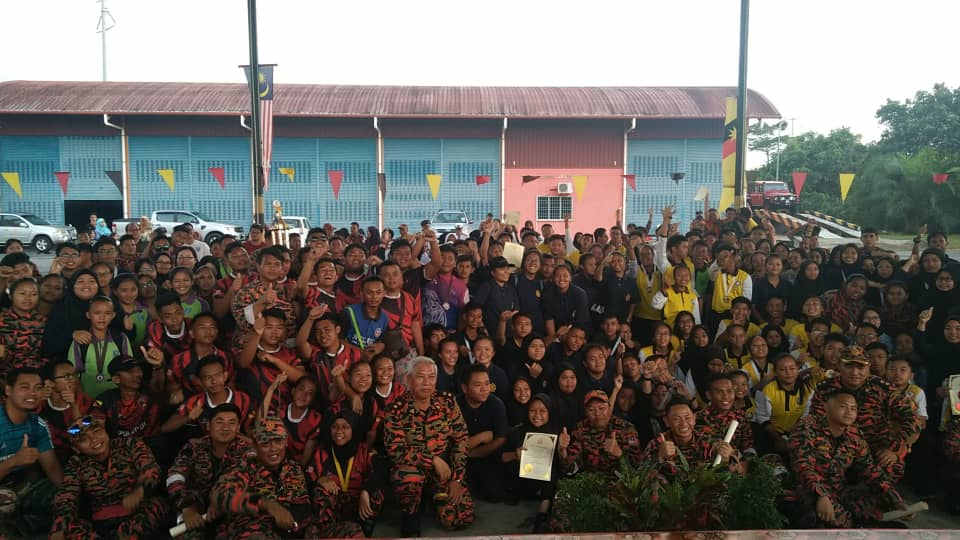 Law (front, sixth left) poses with the participants at the close of the competition.

In last year’s competition, the school was placed second runner up behind SMK Lutong and SMK Merbau, the champion for 2018.

The school was competing against seven others in the event which involved 300 students.

For the record, SMK Merbau was last year’s champion.

The programme was also selected eligible participants to represent Miri division at the state-level competition.

He further added since the programme first started a decade ago, the number of schools taking part in the programme had increased, reflecting students’ enthusiasm in fire safety issues.

The programme which was held at Lopeng Fire station was jointly organised by Miri Bomba with the district education department.