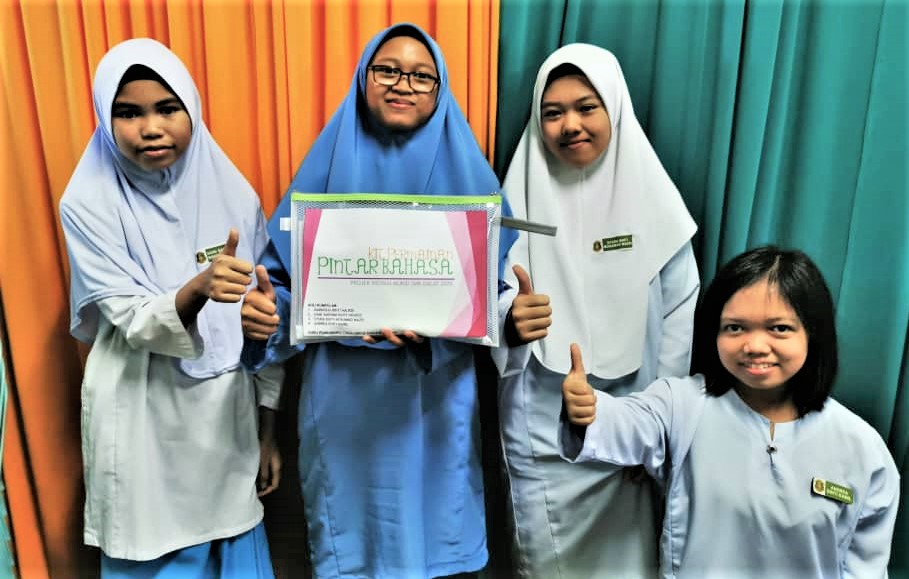 DALAT: SMK Dalat recorded a remarkable achievement at the recent National-level Research and Innovation in Education e-Seminar (e-SPeDIP2020) in Miri when it won two gold medals.

The students and teachers innovation group’s creation, Pintar Bahasa game, and the teacher’s innovation, INSTRUKA Module, won the hearts of the judges.

The two-day event, organised by the Teachers Education Institute Sarawak Campus, Miri, on June 24 and 25, was conducted online due to the recovery movement control order (RMCO).

The students innovation team and teachers innovation participants guidance counsellor Abdul Gafar said he was thankful that the competition was organised smoothly although it was conducted online.

“We are happy because we have exceeded the target and won two gold medals,” he said to New Sarawak Tribune via WhatsApp today.

Gafar revealed that the e-SPeDIP2020 was supposed to held last April, but had to be postponed to June 24-25 due to the MCO nationwide that began on March 18.

A total of 176 participants nationwide took part in the research category while 75 participants competed in the innovation category.