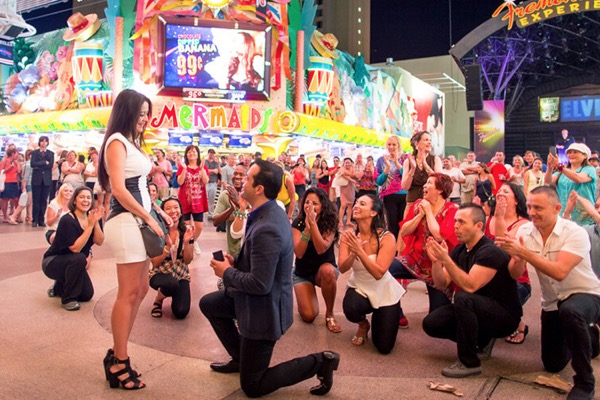 A marriage is a wonderful  union of two people in love. Marriage is sacred. That’s how I see it. Remember the courting days and the wedding?

I don’t know about you but the proposals were not like in the Hollywood movies we usually watch. There were no bended knees or cries saying, ‘I do!’

What we did in the past was to talk maturely about it and parents were involved from the beginning and before you knew it, (whoala!) the arrangements were already made!

Of course, diamond rings or the traditional wedding bands with names engraved in the inner part of the rings came with the proposal package. And it was just as romantic.

Proposals vary according to the cultures because there are different races and ethnicities in Sarawak. Cross-cultural arrangements may happen to those who are in mixed marriages. Both cultures want it done according to their own traditions but so far, couples have been able to smoothen it out without much difficulty.

Now I see young couples getting married and going through the proposal aka wedding process. The proposals change according to the current trend.

From the way I see it, the pattern is there. It could be a really grand proposal where the guy would kneel on one knee and the girl would cry out ‘I do!’

Does the scene seem familiar? It feels like it’s coming from the Hollywood movies about weddings and such. Oh, what a drama!

When something so intimate and personal is made into a show, I feel like it’s losing its intimacy.

A friend of mine got engaged recently. I strongly agree that it’s time for both of them to tie the knot and I’m so happy for them.

The guy was such a romantic guy. He popped the question privately with adequate preparation but it didn’t involve video cameras or a large crowd to cheer him up. A true gentleman although a little shy,  he did not need to show the whole world that he was popping the question except for the post-proposal picture later to share their happiness.

You know how a picture is worth a thousand words. It didn’t need 1000 people  to make it meaningful.

The Malays have their customs and traditions to be followed in the customary engagement and marriage. There are a few steps from the engagement ceremony of merisik and meminang to the solemnisation of akad nikah.

The Chinese, too, have different customs, depending on the dialect groups. Some groups may offer the traditional sweet sticky peanut brittle as a gesture of asking for someone’s hand in marriage.

The Iban also have a strict customary proposal which involves the discussion among the elderly. The old tradition of ngayap has long been discarded as it is no longer relevant. Some things may change but in Malaysia, we still abide by customary arrangements.

What has happened to our culture that we are proud of? The culture where the guy asks the girl’s parents for her hand in marriage before proposal?

Nowadays, it is often a surprise “Hollywood” proposal. I don’t know about them but maybe because of the age gap, I feel a bit awkward. I’ve always wondered, don’t they need their parents’ concern first?

Call me old school but those I see popping the questions on social media are very, very young people.  One girl about to be engaged was only about 20 years old. If I were her parents, I’d think twice about giving them permission to marry.

In one proposal shared on social media, a guy was proposing to his girlfriend in a football stadium in front of a few thousand people.  Perhaps it is a kind of gesture to prove one’s love with all that effort!

Won’t it be nice if they look back years from now that they went through the proper customs and traditions rather than telling their future kids that “I proposed to your mom in a football stadium in front of a few thousand people.” In a way, “Beat that, son!”

It is depressing to see that parents are put aside in one’s life decision, especially in our culture. Perhaps the young ones are so engrossed with the western lifestyle or watch too many Hollywood movies that they feel  the proposal should be videotaped for a competition of ‘who does it better?’

Instead of doing something that is so pirated or bogus, why not videotape a traditional proposal to be included as part of the wedding video? It would be more meaningful when explaining this to your kids in future.

They will be intrigued to understand their culture and will remember not to disregard parents in their important decision in future.

Big decisions should not be made based on a diamond ring and the act of bending down on one knee. Proposals should be made private but of course, you are encouraged to share the good news with the whole world later.

Even WikiHow acknowledges this. I guess for those who are looking for ways to pop the question, try asking ‘Uncle Google.’ I bet he would agree that we should not forget our culture too because I’ve asked!

What goes up will eventually come down

Are passengers covered by insurance?

Local tourism in the new normal