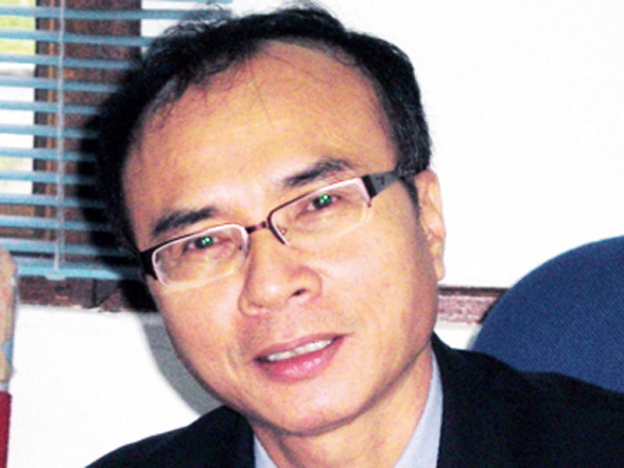 The data shows that the average Malaysian has a gross wealth of RM226,599 consisting of RM208,504 worth of property assets and RM18,055 in financial assets. In Malaysia, wealth is dominated by property assets.

Based on the 2009 data, more than half of Malaysians have no financial assets, one quarter has no property assets, and 12 per cent of Malaysian households have no wealth.

The data shows that Bumiputeras have the least wealth compared to other ethnic groups, including wealth by asset class.

Some 72 per cent of Malaysians who had no financial assets were Bumiputeras, while the figures for the Chinese and Indians were 21 per cent and 7 per cent respectively.

The percentage of Americans with zero wealth in 2010 was 20 per cent, with about 28 per cent having zero financial assets.

In Indonesia, half of its rural and urban households out of a population of 230 millions had zero financial wealth in 1997.

Speaking at a monthly staff gathering in the Prime Minister’s Department, Dr Mahathir said Malaysia cannot claim to be successful if some citizens are left behind.

“There is no use being a wealthy country if the wealth is not shared or just given to a certain group of people,” he was quoted as saying.

“We have to share what we have as we do not want to be seen as a rich nation that fails to take care of its minorities.”

Dr Mahathir added that nations with clear disparities between the rich and the poor have ended up in riots.

“That’s why we need to focus on tackling poverty of all races,” he said.

Dr Mahathir was basically talking about social and economic inequality and wealth distribution in Malaysia.

Economic and social inequality exists everywhere, even in China and the United States. In fact, it is a concern in almost all countries around the globe. The thing is we should not allow the gap to become too wide.

Where economic and social inequalities proliferate, people are often entangled in poverty with little chance of climbing up or out.

“It has become our duty to distribute the wealth equally or at least to a level accepted by all the communities in the country,” Dr Mahathir added.

The onus is one all of us especially the various government agencies, government-linked companies (GLCs) and non-governmental organisations (NGOs) to address this contentious issue. If not addressed effectively, it will become a thorn in the flesh for Malaysia and it will eventually affect racial harmony.

It is mind-boggling to know that some are filthy rich whereas others are living in abject poverty in this country, including those in the interior of Sabah and Sarawak.

It was reported in the media recently that Pakan in Sarawak is the poorest district in Malaysia as it registered household income of RM2,760 per month. The second and third poorest districts are in Sabah – Tongod (RM3,057) and Pitas (RM3,076).

These three districts are among the 28 poorest districts in Malaysia – 13 in Sarawak, seven in Kelantan, five in Sabah, two in Kedah and one in Pahang. This is a clear case of social and economic inequality happening right under our noses.

What went wrong? Does it mean that we have failed to distribute our wealth effectively?

Special attention should be given to these districts and inequality of wealth distribution.

Bernama reported that Rural and Regional Development Minister, Rina Harun, said special attention in the form of socio-economic developments programmes are to be implemented in these districts, including the development of infrastructure, improvement of income and education and so on.

The pertinent question is, why are socio-economic inequalities on the rise everywhere in the world, including in Malaysia?

Inequality is defined as the unequal distribution of income or earnings and opportunities between different groups in society.

Economic inequality has been measured from zero to one on a scale known as the Gini index (named after an Italian statistician, Corrado Gini, who devised it in 1912).

Oxfam reported that in 2016, we lived in a world where the wealthiest 62 people owned as much as the poorest half of the world’s population.

Education at all levels, enhancing skills, and training policies can be used to help people out of poverty and reduce the gap of inequality. In short, multi-pronged strategies have to be used to address this problem if we are serious about it.

Whatever it is, we have to tackle the problem head on. We cannot sweep it under the carpet because it is a social time bomb which may explode any time and disrupt the social cohesion and political stability.

We need to be aware of the fact that disparity of income and wealth has been one of the main causes of ethnic tension and conflict in Nigeria, Sri Lanka, India, and elsewhere.

Concerted and serious strategic and holistic efforts have to be taken to address this problem or else the gap will become wider.

The bigger the gap, the more difficult it is to achieve social unity and national integration. In the main, unequal societies experience high level of social jealousy, higher crime rates, persistent poverty, drug abuse and other social ills.

Let me borrow wise words from Nicholas Kristof, an American journalist and political commentator and winner of two Pulitzer prizes. He aptly said, “Inequality causes problems by creating fissures in societies, leaving those at the bottom feeling marginalized or disenfranchised.”

In fact, according to Joseph Stiglitz (a world renowned American economist, public policy analyst, and a professor at Columbia University), high level of economic inequality lead to imbalances in political power, as those at the top use their economic weight to shape politics in ways that give them more economic power.

He said these ways would slow the growth of inequality, so he suggested the following: Increase the minimum wage, expand the earned income tax, build assets for working families, invest in education, make the code tax more progressive and end residential segregation.

In a nutshell, every effort has to be implemented to ensure the socio-economic gap among various ethnic groups in this country is effectively addressed before 2030.

Hope for Malaysia to be main exporter