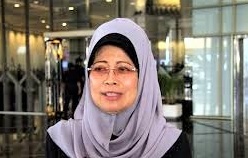 KUCHING: Youths have been advised not to look to social media for answers to their intimate personal problems. Instead, they should seek counselling services because in certain context and in the wrong hands social media can be dangerous. 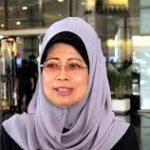 These were some of the words of Welfare, Community Wellbeing, Women, Family and Children Development Minister Datuk Seri Fatimah Abdullah to New Sarawak Tribune yesterday when asked for comments regarding a recent suicide of a teenage girl in Batu Kawa.

Before she took her own life, the girl had asked her followers on Instagram to vote whether she should choose D (death) or L (live). Almost 70% of them voted D. She then jumped from her family’s third-floor apartment.

Fatimah believed that those who voted D did not seriously and thoroughly think about the possible impact of their actions.

“I hope they have learnt their lesson; be more sensitive, responsible and be more mature in future.

“I have come across teenagers who played a joke on their friend on WhatsApp causing the victim to be embarrassed, stressed, depressed and almost suicidal. The parents had to send the victim for counselling,” she said.

Fatimah then suggested that people need to destigmatise counselling; make it more accessible especially to teenagers who face social or psychological difficulties.