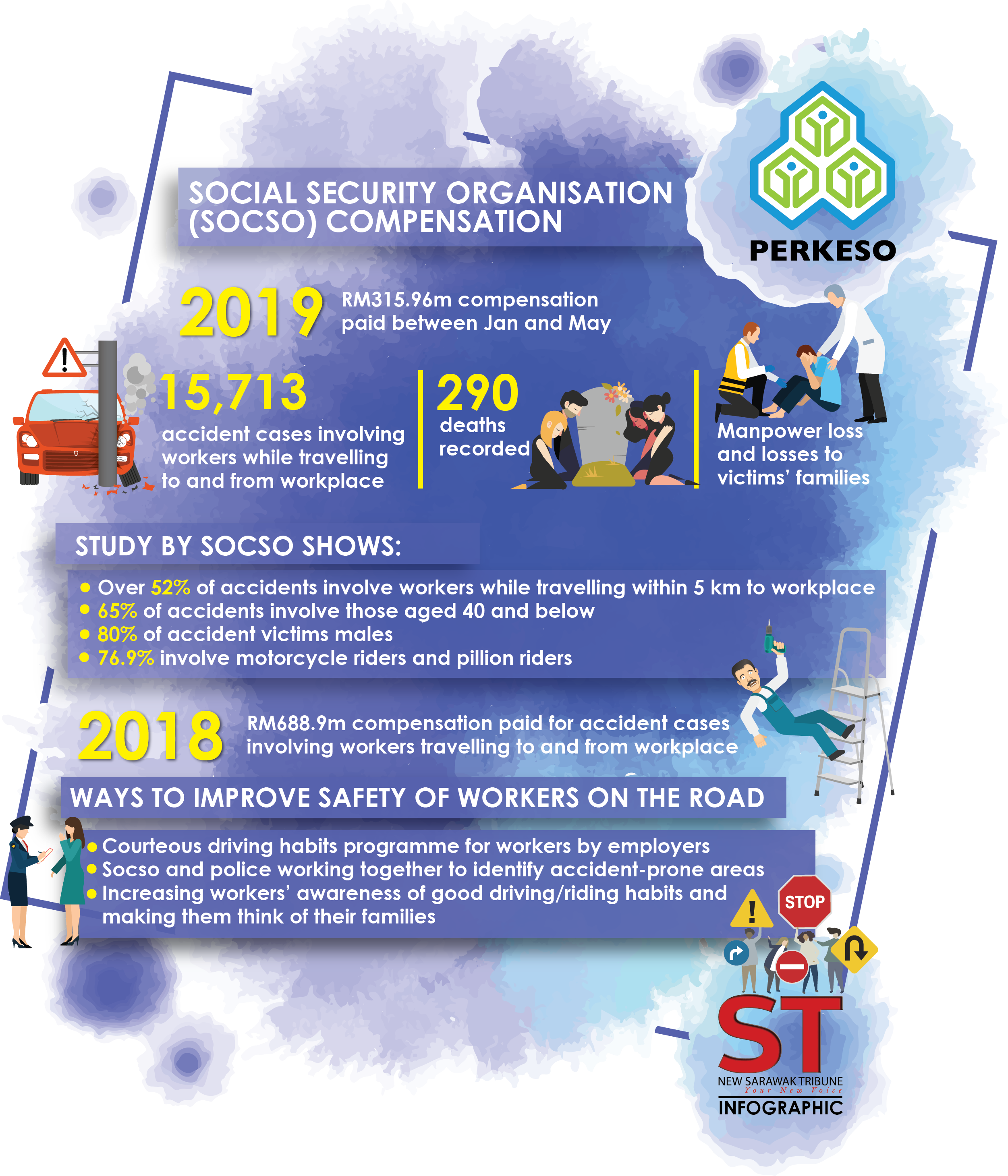 BUKIT MERTAJAM:  The Social Security Organisation (Socso) had paid out RM315.96 million in compensation between January and May this year for cases of accidents involving workers while travelling to and from their workplace.

“During this period, 15,713 accident cases involved workers travelling to their workplace or while returning home, with 290 deaths recorded. With such accidents and deaths, not only the employers face losses due to loss of manpower but also the victims’ families.

“Socso spent RM688.9 million last year due to accidents involving workers while travelling to or from their workplace. The impact was in the form of direct financial payments, but the psychosocial impact is bigger, especially on their families,” he told reporters.

He was met after the closing of the road safety awareness campaign initiated by Socso and Royal Malaysian Police (PDRM), with the cooperation of Flex Penang, here, yesterday. It was officiated by state police chief, Datuk T. Narenasagaran.

Meanwhile, Mohamed Azman said the campaign was long-term so as to identify any accident faced by workers, especially while travelling to and returning from work.

He said Socso also called on employers to help improve the safety of workers during such times as this came under their responsibility.

“Employers can start using certain approaches such as a courteous driving habits programme for their workers. Socso is also collaborating with PDRM to identify the accident-prone areas and all this could be done through a well-structured campaign to reduce accidents and fatalities,” he said.

Mohamed Azman also hoped that workers would also increase their awareness of good driving/riding habits and think of their families to avoid accidents.

He noted that a study undertaken by Socso and a public higher education institution showed that over 52 per cent of accidents involved workers while travelling within five kilometres to their workplace.

Only RM1 for three-ply face mask

Bintulu Hospital has enough dialysis machines for Hepatitis B patients

Composition in Special Council on MA63 implementation in final stage

Areas where using face masks is a must