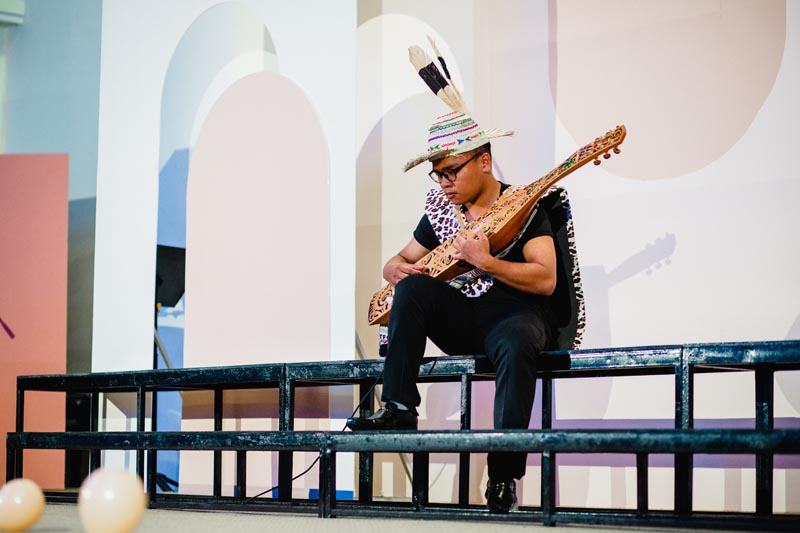 KUCHING: Ethnomusicologist Dr Chong Pek Lin has a thing for the soothing sounds of the Kenyah community in the upper reaches of the Baram.

She spent over 20 years researching and cataloguing Kenyah folk songs, about 100 of which were on the brink of disappearing into the oblivion.

But the Covid-19 pandemic threw a spanner in the works over the last two years, keeping her away from her musical journey in the hinterlands.

“I will now definitely go back upstream and look for more folk songs before they are lost,” she said, hoping her efforts will help the community keep their heritage alive.

“As a music educator and choral director, I became aware of the urgent need to collect Sarawak folk songs.

“When I found out the Kenyah community has these many folk songs, I travelled deep into the Baram, to learn, collect and preserve this traditional music.

“I chose this community because in their music or songs, they have many soothing melodies and tunes, which can be easily taught to everyone, even in schools,” she said.

Towards this end Chong has already had some measure of success having presented the Kenyah folk songs at the International Society for Music Educators World Conference.

In 2018, she was named ‘Tokoh Guru Sarawak’ by the Sarawak government.
Additionally Chong has also written on Bornean music and books containing transcriptions of Kenyah songs and their meaning.

“I hope my work will encourage our young ones to know these folk songs from the Kenyah and continue the tradition among our Sarawakians,” she said.

A Neko Music Center-organised showcase titled ‘A Taste of Folk Music’ here which aims to preserve Sarawak’s musical heritage, especially folk songs from the Kenyah community, is also featuring some of her work.

“We have young people coming to the show and I really appreciate their presence here to listen to the songs we were presenting,” said programme director, Eddie Chan.

“From what I can see, they loved it and I hope they remember it.

“Thanks to Dr Chong for transcribing and arranging these Kenyah folk songs, we were able to present it with our musicians and choir members on stage.”

“This is just the beginning of our effort to showcase these traditional songs and music, and I hope we will go on to spread this across the state and maybe in Malaysia,” he added.

In the showcase, Kenyah folk songs titled ‘Lan-e’, ‘Ateklan’, ‘Terok Na’ika’, ‘Luntok saidin encik’, ‘Bampa lale’, ‘Lunde’ Along’, and ‘Kuai maping’ were among those that were performed on stage.