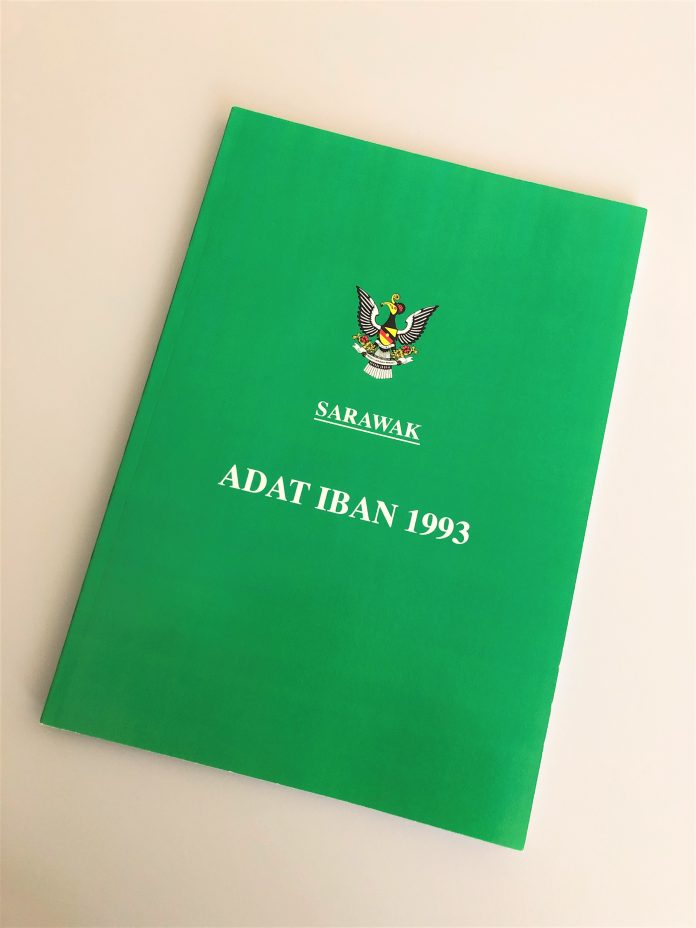 We are tired of environmentalists, anthropologists, church-related organisations, and other specialists speaking for us and using us for their self-interest. Please respect our self-determination to make our own decisions.

The time is nigh for Sarawak’s native court to address and remedy the constitutional and legal atrocities birthed by the Malaysia Agreement 1963 (MA63) since the intrusion of the executive branch of government is ousted by Article 145(3) and Article 76(2) of the Federal Constitution (FC), the supreme law of Malaysia (Article 4).

We have ample legal expertise locally and regionally that can be mobilised to come forward to aid, assist and guide Sarawak’s native court judges to find judicial solutions with far-reaching effects and responses in international forums and tribunals.

There are mechanisms in place to encourage the elimination of political trickery, chicanery, deceit and deception that renders indigenous populations in perpetual disenfranchisement after being regular insulted with political promises.

Sarawak’s native court is certainly not wallowing in a jurisprudence of doubt when and if its existing, and potentially employable, native lawyers and judges become familiar with the basics of international law where MA63 inhabits.

Training is readily available in Sarawak for conducting intensive classes in international law, natural law, native law and custom using the existing Adat Iban as one of the guidebooks.

Nine months is plenty to guide them through the intricacies of international law, constitutional law, statutory interpretation, law of evidence, and the application of legal principles and doctrines with one eye on the doctrine of precedents.

Native law and custom require no Anglo-American tenets, tests, trials, tribulations, twists and turns in the realm of legal constructs.

Chief Justice Robert Yazzie of the US Navajo (Native) Supreme Court acutely observed: “Truth becomes a game where people attempt to manipulate the process, or undermine it where it does not suit their advantage.”

This distortion of the truth is readily evident in Aotearoa New Zealand where imported English law is virulent, vindictive, and vituperative. The Maori Land Court, for example, is not staffed by advocates and adherents of traditional Maori tenets, traditions and mores wherein restorative justice has marginal expression and application.

The United States Supreme Court began coming to grips with the inherent rights and inalienable status of Native Peoples in landmark cases like Johnson v. M’lntosh (1823), Cherokee Nation v. Georgia (1831), and Worcester v. Georgia (1832), decided by Chief Justice John Marshall’s majority opinions.
The apex court invoked international law to uphold the “original rights” of native peoples as well as to signal the means by which those rights could be limited or abrogated.

The highly effective US Alien Tort Claims Act (ATCA) grants their federal courts original jurisdiction over any civil action brought by a foreign national for a wrongful act or an infringement of a right (tort) (other than under contract)) leading to civil legal liability in violation of international law or a US treaty.

If Sarawak takes this suit to the United States federal courts under ATCA after exhausting its remedies in Sarawak’s native court, the US federal courts will have to take judicial cognizance of the abuse of, and to, MA63.
We must remember that a problem was once a solution to a previous problem. We have to move forward.

Malaysia is a signatory to the United Nations Declaration on the Rights of Indigenous Peoples (UNDRIP, 2007), and it should not blink if Sarawak decides to use an international forum, as it should, to find closure to the diseased and distorted MA63 Agreement.

The New Zealand Parliamentary Debates, 1861-63, pp.67, 94, record a sinister statement made by Native Minister C. W. Richmond: “The inevitable hour of conflict must come; it was one of the necessities of colonisation that we must impose supremacy over native races by force.”

History screams with unspeakable atrocities heaped upon indigenous peoples in the name of conquest, calumny, colonisation, christianisation, and civilisation. Force to control native populations by the coloniser has reared its heinous face globally, bruising and brutalising them in the name of progress and human rights.

It is exasperating to see that human rights’ advocates, activists and attorneys are not forming a global vanguard to bring these criminal nation-states to justice that took the upper hand with the formation and establishment of standing armies (police power) that translated into economic, social, cultural, and political ruin for indigenous peoples.

At best a judgment in favour of Sarawak is highly relevant if the defendant governments refuse to defend an ATCA suit initiated by Sarawak. Hundreds of billions of dollars worth of judgments await enforcement and collections.
Sarawak’s loss of revenue since 1963 has to be accounted for, and I am sure there is a verifiable inventory. These money judgments are fungible financial instruments that have the potential to supply a steady flow of revenue into Sarawak’s coffers.

Sarawakians in the advanced finance and banking sector may already know the innards of this enterprise. This is a perfect and ideal opportunity for Sarawak to establish, structure, and ordain a Native Community Bank under the aegis and blessings of Article 39(2) (special facilities) of the Constitution of Sarawak (the supreme law of Sarawak according Article 27) with a fortified decision and judgment from the Sarawak native court that could, and should, set the tone, tenor and pace for new legislation by Sarawak’s Dewan Undangan Negeri.

Validating Sarawak’s native land titles, under judicial fiat, as fungible financial instruments by issuing bonds against their worth and value, and thereafter have them underwritten by Lloyds of London will prepare Sarawak to penetrate overseas financial markets under the Uniform Customs and Practices (1993 Revision) regulations of the International Chamber of Commerce Publication No. 500/600.

After all, Sarawak enjoys a global A minus rating for financial stability when you factor in the significant resources that come out from Sarawak’s land and soil wholly owned by the natives, but possessed by the transient government, as ordained and mandated under international law. Debos should get involved, most assuredly.

Sarawak must now listen to its own territorial and political conscience, and ignore advice and counsel motivated by self-interests represented by hype, hubris and hypocrisy.

A blast from the past

PH May power transfer fizzles out