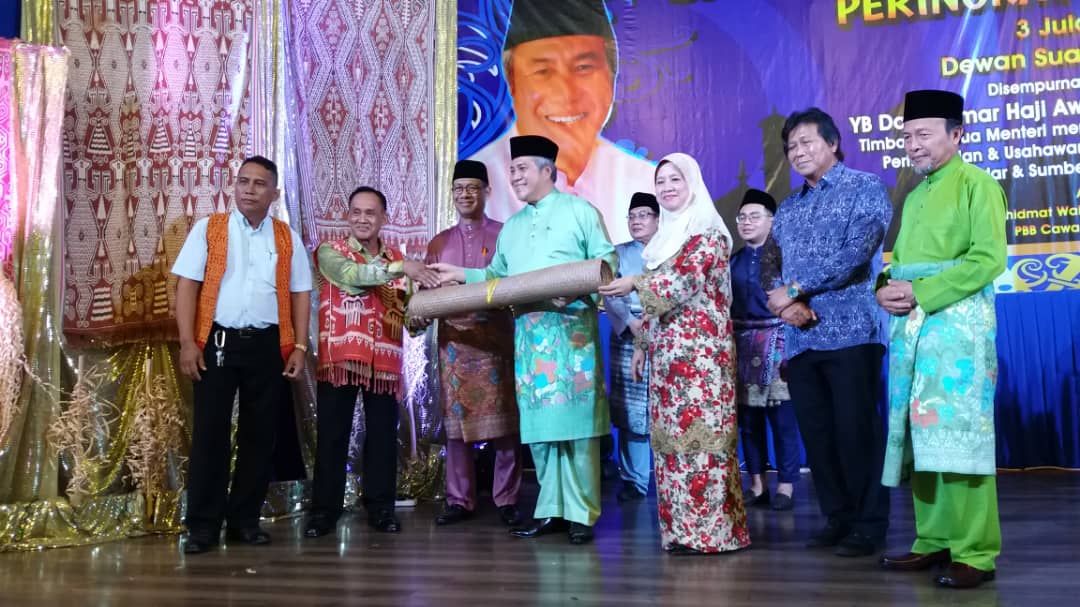 SRI AMAN: Around 400 attended a ‘Gawai Raya’ celebration which was held at Dewan Suarah Sri Aman on Tuesday night. Dur ing that night, Deput y Chief Minister Datuk Amar Awang Tengah Ali Hasan said that the state government had approved an industrial estate with an area of 13 acres for the business community in the area.

“The estate with a ceiling cost of RM18 million would help to expand the business of local small and medium enterprises (SMEs) and the project is ready for tender now. “The state government continues to provide infrastructures, facilities, financial, and advisory services to the people who intend to set up business,” he said. Speaking on politics, he wants the people to understand that the present state government is the ruling government although the federal government is now under Pakatan Harapan (PH). “Our state government decided to leave Barisan Nasional (BN) to form Gabungan Parti Sarawak (GPS) to continue the fight for the rights of Sarawak under The Malaysia Agreement 1963.

“I urge the people to stand united behind GPS to chart the direction for the state with the change of political landscape after the 14th General Election (GE14).

“The people must not feel suppressed and suspicious as the state government will be the platform to work with the federal government under PH for the benefits of Sarawakians as only local political parties know the needs of Sarawakians,” he said.