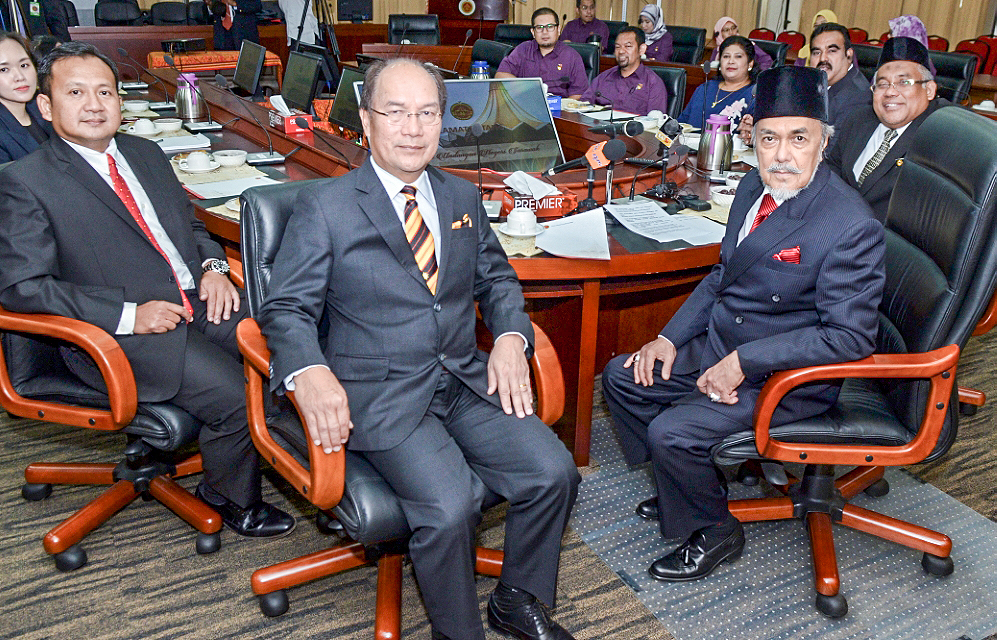 “Sarawak has among the best DUN which its composition of ministers, assistant ministers and the highest number of assemblymen (manifests),” Zulkefly said at a press conference on his working visit to DUN Sarawak here yesterday.

He noted that Sarawak has 82 assemblymen while Negeri Sembilan has only 36, which is less than half of Sarawak.

He said the purpose of his working visit was to benchmark Sarawak’s legislative process and apply it to Negeri Sembilan.

(From left) State DUN secretary Pele Peter Tinggom, Gerawat, Asfia, Zulkefly and others before the start of their meeting. Photo: Mohd Alif Noni

“My first impression is that the DUN Sarawak building is very comfortable. It is a building of its own and it can accommodate a large number of people.”

Zulkefly also praised the devolution of power that is practised by the state legislative assembly.

“The devolution of power is already implemented in developed nations in Europe, the United States and Singapore,” he commented.

He explained that alongside Sarawak and Sabah, two other legislative assemblies that his state could emulate were those of Selangor and Penang.

Sarawak DUN Speaker Datuk Amar Mohd Asfia Awang Nassar, who was present at the press
conference, said, “We want to foster a working relationship between Sarawak DUN and Negeri Sembilan DUN to improve and enhance the parliamentary democracy
system.”

admin33
I am a web developer who is working as a freelancer. I am living in Saigon, a crowded city of Vietnam. I am promoting for http://sneeit.com
View All Posts by Author
Charity concert  raises over RM90k
Previous Post
Fatimah’s ministry to launch book
Next Post
You May Also Like