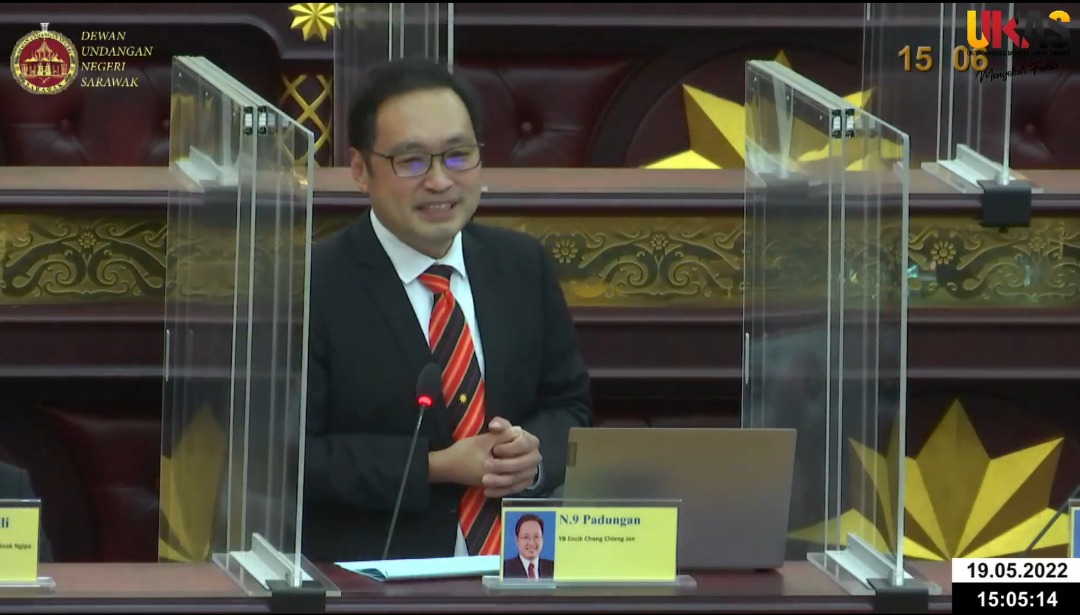 CHONG Chieng Jen (DAP-Padungan) has voiced his support for the Forests (Amendment) Bill 2022, stating that it would promote the conservation and

CHONG Chieng Jen (DAP-Padungan) has voiced his support for the Forests (Amendment) Bill 2022, stating that it would promote the conservation and preservation of the environment.

He noted that it contributed to the worldwide movement against global climate change by playing the part as an inhabitant of the planet.

However, he pointed out that with the passing of the Bill, there should be a policy of the state to internalise the externalities.

He proposed for the state government to push for a carrot-and-stick budgetary mechanism of the federal budgets.

“Sarawak having more carbon credits should be rewarded with greater budgetary allocation by the federal government while states found to have net GHG emission should find their federal budgets being slashed – you may call it the ‘carbon-index budgeting process’.

“Such budgetary mechanism will work to the advantage of Sarawak as we have a large forest reserve as compared to other states. It is also a departure from the conventional budgetary principle,” he said during debate on the Bill today.

He also said by convention budgetary principle, the more developed states would continue to get disproportionately higher allocation every year because of the greater population, larger tax contribution, and greater need for development.

“But their development also comes with externalities of GHG emissions which in the past was not factored into the consideration.

“The more developed states which are normally associated with more industrial activities, more cars, less trees, lest forests, there would be a reduction of their federal budgetary allocation so as to compel these states or the businesses in these states to move towards greener economic activities and contribute more in this global and national movement in GHG reduction.”

He noted that this was a departure from the convention budgetary principle, but it was in a way also internalising the externalities produced by the various states in the course of development.

As such, he said it would also help in the redistribution of resources, especially financial resources of the country, to be in line with sustainable equitable development.

“With the kingmaker position of GPS in the federal government, if it wants, it can definitely push for this ‘carbon-index budgeting process’.”