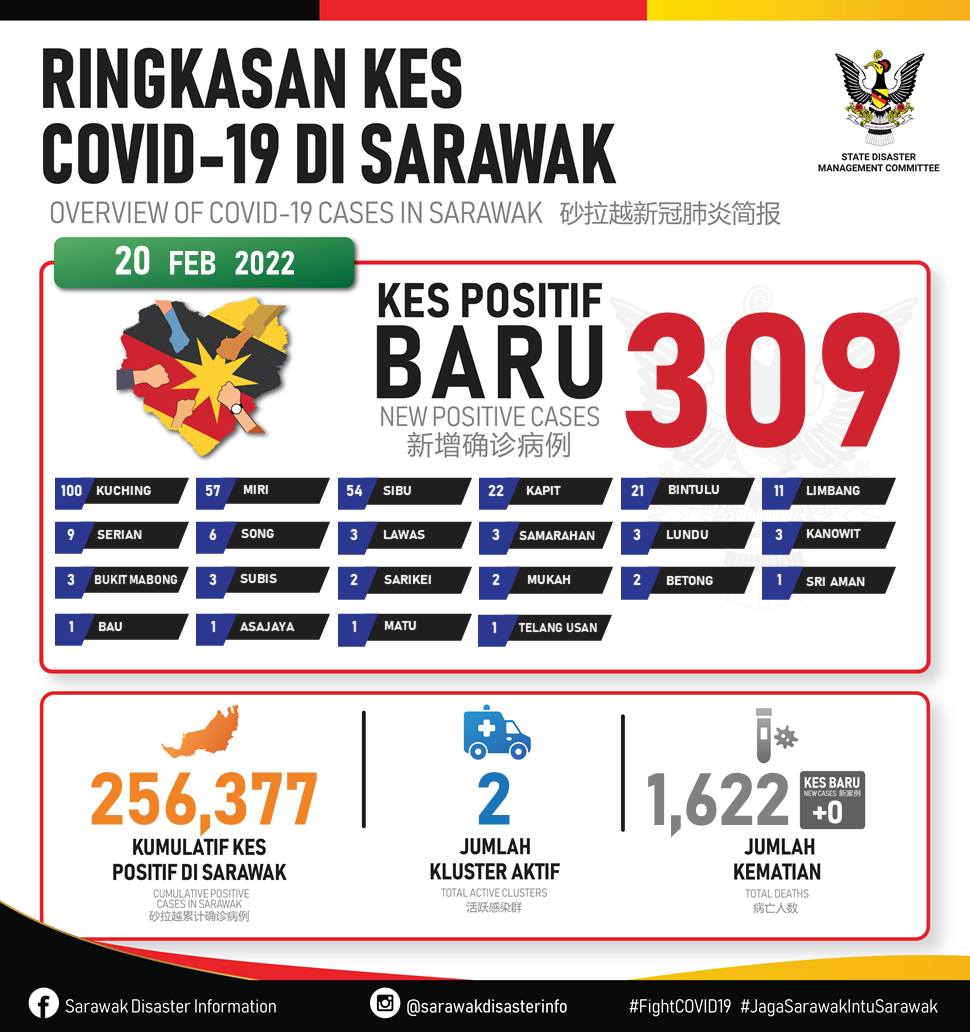 KUCHING: Sarawak’s COVID-19 cases are down by 77 with 309 cases recorded today, compared to Saturday’s 386 cases.

In its daily update, the Sarawak Disaster Management Committee (SDMC) said there were two category 5 patients (infected with lung infection and required ventilators).

It said there was one category 3 patient with lung infection and 152 category 1 patients (no symptoms) and 154 category 2 (mild symptoms).

“No new fatality was reported in the daily update,” the SDMC said.

It added there were 27 new persons under surveillance while 196 of them were currently quarantined at designated hotels.

The SDMC also stated that the total number of persons under surveillance that had been discharged was 166,587.

Kuching police had also issued nine compound notices to errant individuals for failing to scan the MySejahtera before entering a premises.

This brings the total number of compounds issued by Sarawak police to 13,356.