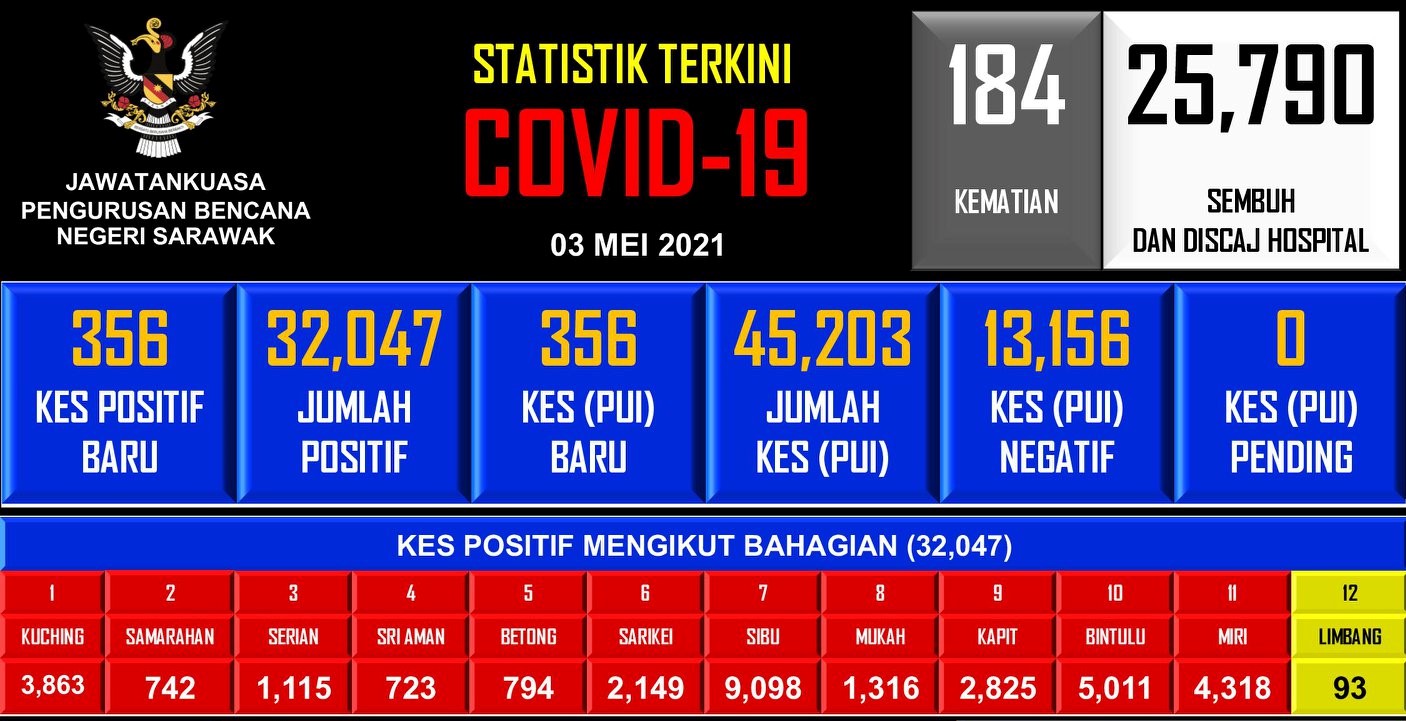 “This brings the cumulative number of cases to 32,047 with a death toll of 184,” said the State Disaster Management Committee (SDMC) in its statement.

It said 63 percent of the new cases were detected in Miri, Sibu, Kuching, Sebauh and Selangau districts.

“Of the new cases reported, 56 had shown signs and experienced symptoms of Covid-19 infection during screening,” it said.

SDMC said one of those who died was an 86-year-old local woman who was referred to Bintulu Hospital after suffering a stroke.

The woman was admitted to the isolation ward after testing positive for Covid-19 on April 14.

Her condition deteriorated and she was confirmed dead on May 1. The woman had hypertension and stroke.

The committee said the other person who died was a 57-year-old local woman who was referred to Sibu Hospital for fever, cough, vomiting and diarrhoea for several days.

“RTK Antigen and rT-PCR test screenings were performed and she was detected positive for Covid-19 on May 2.

The woman’s condition deteriorated and she was confirmed dead on May 2. She had high blood pressure, diabetes, heart disease and a history of stroke. 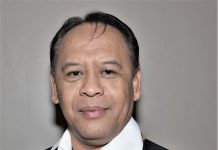 All schools in Bau closed until further notice 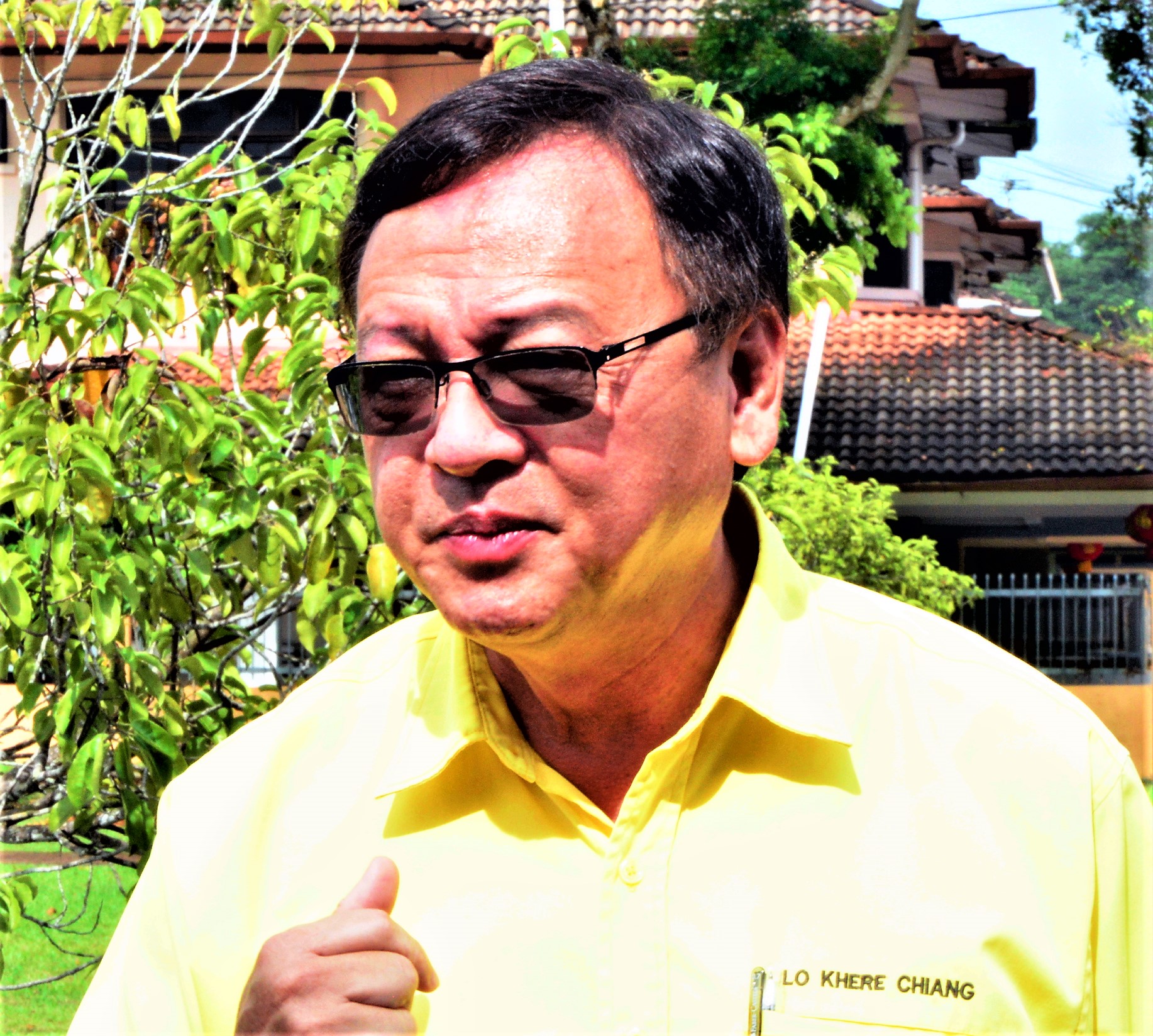