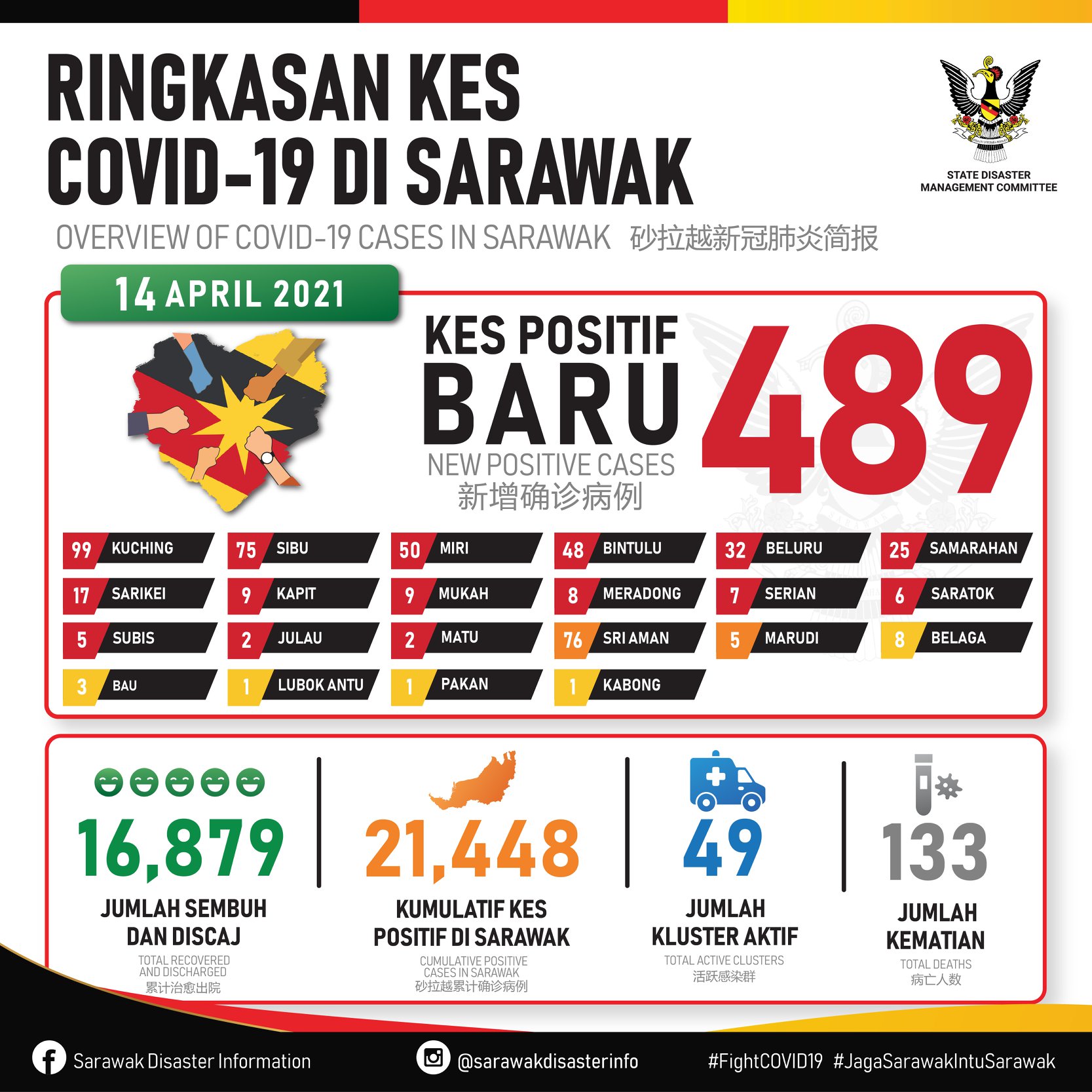 The Sarawak Disaster Management Committee (SDMC) said 99 of these cases were reported in Kuching District, Sri Aman (76), Sibu (75), Miri (50), Bintulu (48), Beluru (32), Samarahan (25), Sarikei (17), Kapit and Mukah (nine each), eight cases each in Belaga and Meradong, Serian (seven), Saratok (six), five cases each in Subis and Marudi, Bau (three), Julau and Matu (two each), while Lubok Antu, Pakan and Kabong reported one case each.

“Of the new cases reported, 23 showed signs and symptoms of Covid-19 infection during screening,” SDMC said in a statement.

It added that 436 of the cases detected were individuals who had been instructed to undergo quarantine order at quarantine centres.

On the breakdown of the 489 cases, 261 were persons who had contact with positive Covid-19 cases, 174 were linked to existing active clusters, 30 were other screenings at health facilities, 23 were from screenings by symptomatic persons at health facilities, and one case was a person who had returned from overseas (categorised as an Import A case).

The committee said the two main causes of the high number of cases reported on Wednesday were the Tembok Sri Aman Cluster and the Jalan Puncak Borneo Cluster.

“A total of 47 positive cases involved the Jalan Puncak Borneo Cluster. All of them are close contacts who have been quarantined and there is no evidence of transmission to the local community,” it said.

Another 76 cases were linked to the Tembok Sri Aman Cluster, adding that this was the second sample taken on Day 10.

“This cluster is controlled within the prison and all necessary measures have been taken to prevent transmission to the local community,” said SDMC.

The other 51 positive cases reported on Wednesday were linked to other active clusters.

A large portion of the cases reported over these few days is concentrated in urban areas such as Sibu, Bintulu, and Miri. Therefore, SDMC advises the public to continue to be cautious and comply with the standard operating procedure (SOP).

On the status of Covid-19 at longhouses, it said 75 longhouses were still under lockdown as of Wednesday, out of the total of 449 longhouses that had been locked down since January this year.

The other 374 longhouses had completed their lockdown period as no more positive cases were detected there.

SDMC reminded that the organising of social ceremonies such as funerals, weddings, and so on must be reported to the nearest district office before being held.

The District Offices have been instructed to seek assistance from security teams to ensure that the SOP is always adhered to. Failure to comply with the SOP may result in legal action,” said the committee. 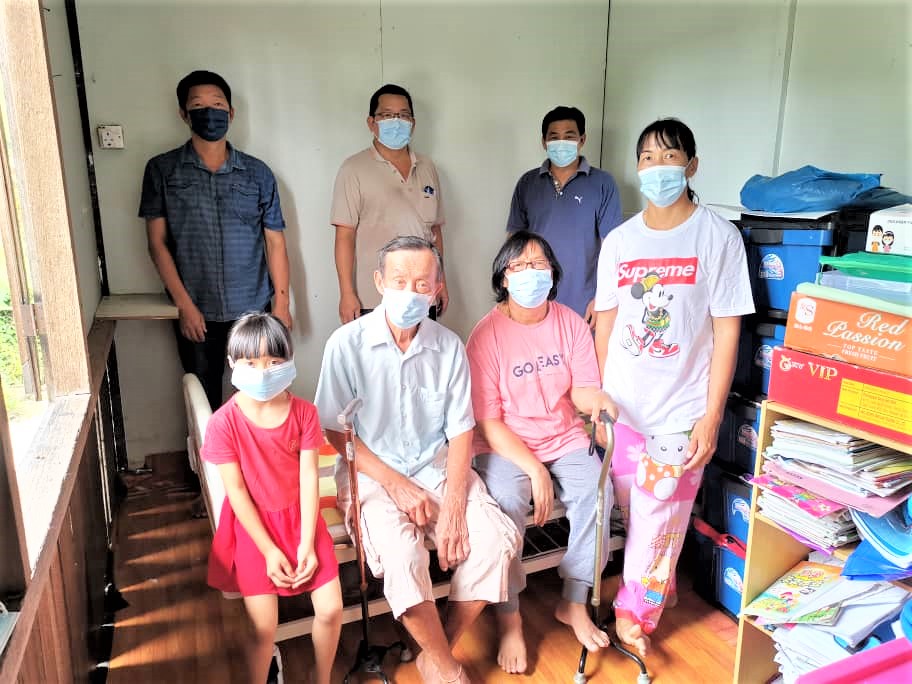 Helping those in need