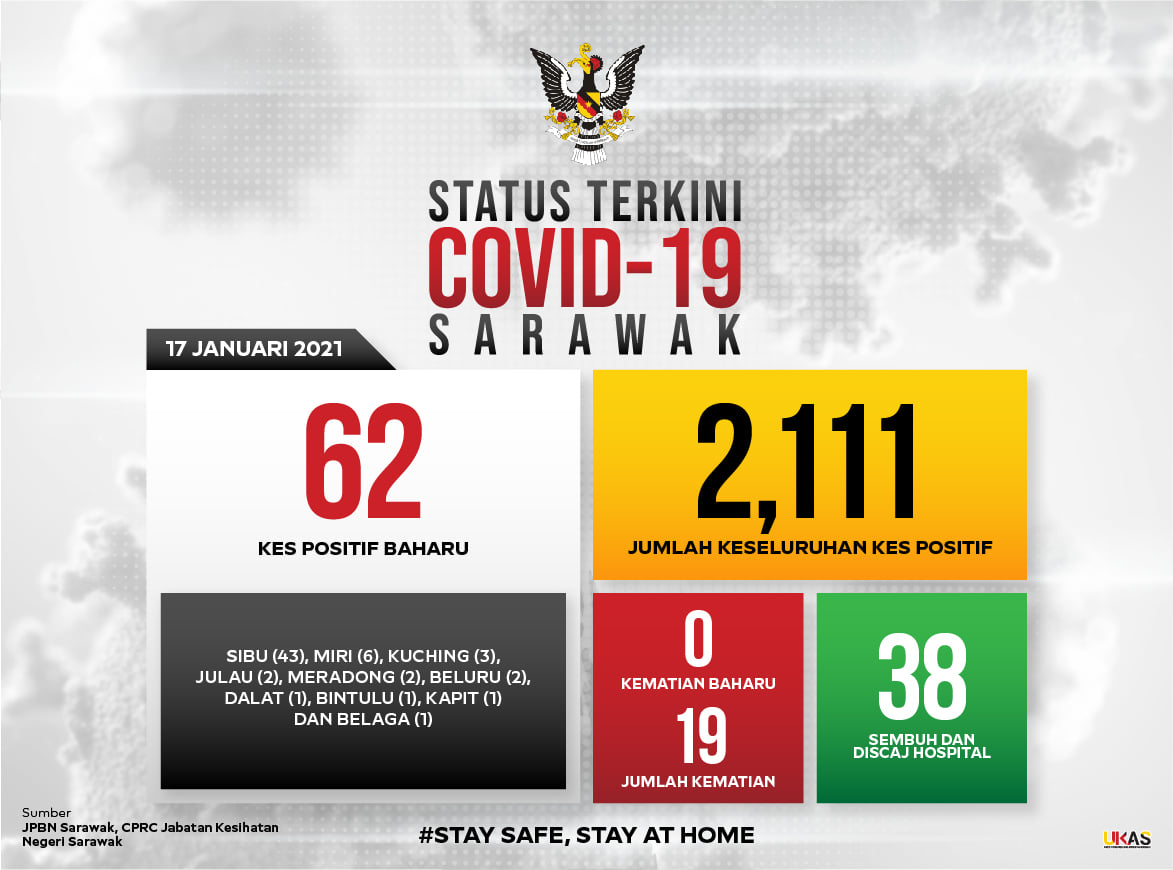 Sarawak Disaster Management Committee (SDMC) said six cases were reported in Miri, three in Kuching, two each in Julau, Meradong, Beluru and one each in Dalat, Bintulu, Kapit and Belaga.

This brings the total number of cases in the state thus far to 2,111.

Of the 43 cases recorded in Sibu district, 34 involved the Pasai cluster and nine cases were detected after undergoing screening at a health centre in the district.

Meanwhile, of the six cases in Miri district, three cases were symptomatic and categorised as local transmission, while one case each involved the Jelita and Bah Sayap cluster, and the other is a symptomatic case categorised as Import C because the patient was infected in Kuching.

The two cases in Beluru district involved the Pasai cluster, with one case categorised as Import C from Sibu District and one is a local transmission.

SDMC said the two cases in Julau district and one in Dalat also involved the Pasai cluster.

Meradong district which recorded two cases, one is from the Pasai cluster in Sibu and was categorised as Import C. The other case was screened at a private health facility in Bintangor and this case is categorised as local transmission.

The cases in Bintulu, Kapit and Belaga involved the Pasai cluster in Sibu.

Meanwhile, SDMC said 38 patients had recovered and discharged from hospitals on Sunday — 27 from Sibu Hospital, nine from Sarawak General Hospital (SGH), and one each from Bintulu and Miri hospitals.

This brought the total number of recovered and discharged cases in the state to 1,175 or 56.66 percent of total cases in Sarawak.

There are 917 individuals still undergoing treatment at hospital isolation wards in the state, with 562 cases in Sibu Hospital, Miri Hospital (205), SGH (102), and Bintulu Hospital (46), and one each in Limbang Hospital and Kapit Hospital.