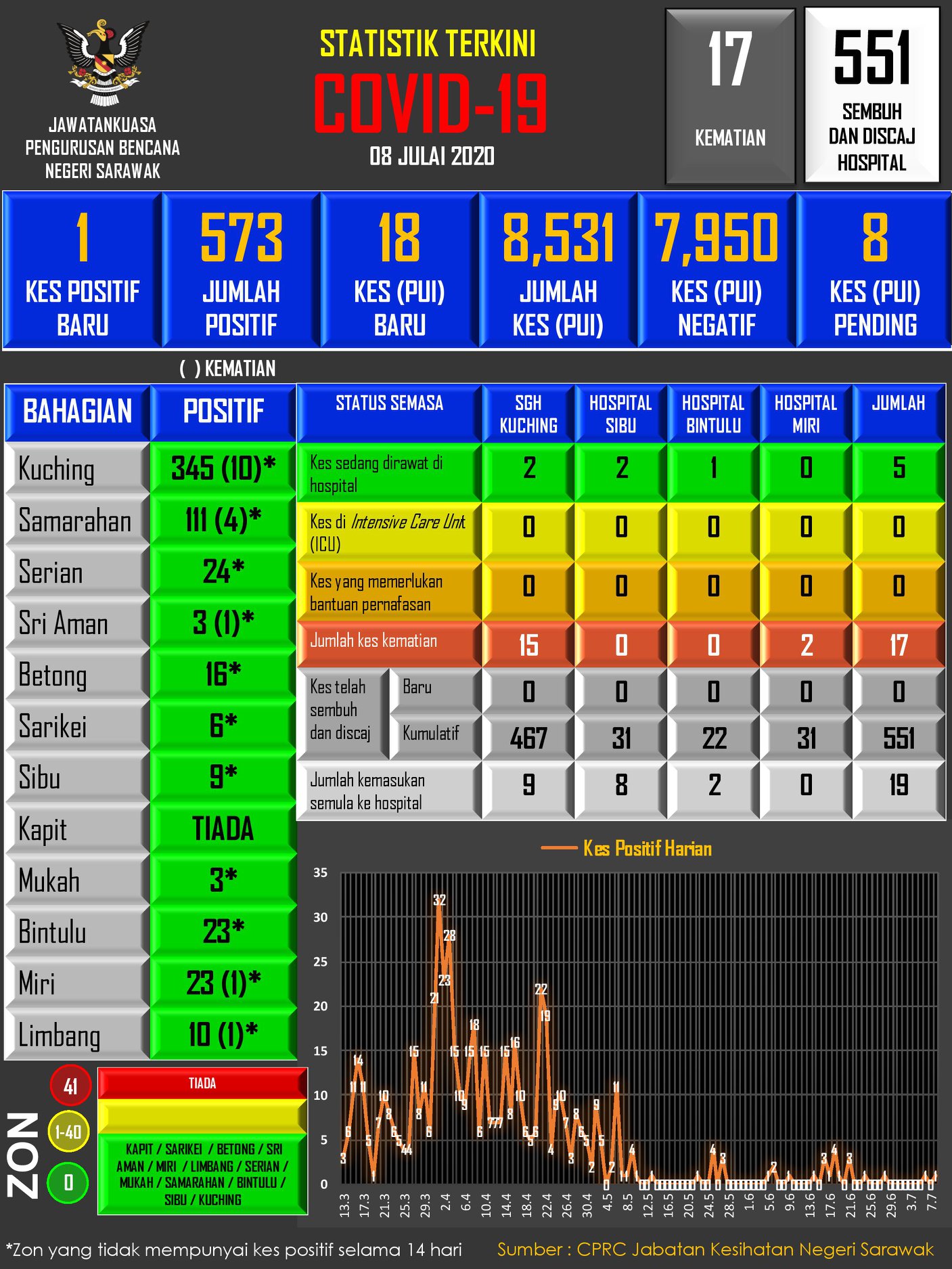 “The patient arrived at Kuala Lumpur International Airport on July 3 via Saudi Arabia Airline and had undergone Rapid Test Kit (RTK) testing there which came back negative.

“The patient then stayed overnight at the Tune Hotel in KLIA and had embarked for Sibu via AirAsia on July 4 and was brought directly to a quarantine centre in Sibu.

“Polymerase Chain Reaction (PCR) testing at the quarantine centre showed that the patient was Covid-19 positive,” he said when delivering SDMC’s daily Covid-19 update on Wednesday.

He added that the patient had been admitted to Sibu Hospital on July 7 to receive further treatments.

Uggah revealed that the total number of Covid-19 cases statewide was currently at 573 cases.

He said in view of the recent number of import cases in the state, SDMC would continue to carry out compulsory PCR testing among travellers coming into Sarawak.

Additionally, Uggah said there were also no new cases of discharged Covid-19 patients, with the total number remaining at 551 or 96.16 percent.

He added that there were also six roadblocks conducted in five districts throughout the state as part of Ops Benteng.

The roadblocks comprise of two locations in Lundu and one each in Bau, Serian, Sri Aman, and Lubok Antu with a total of 899 vehicles inspected.

Museum renovation to finish by August

Man arrested for possession of drugs

Put a stop to gangsterism in Bintulu

KGC applicants to get their cards soon