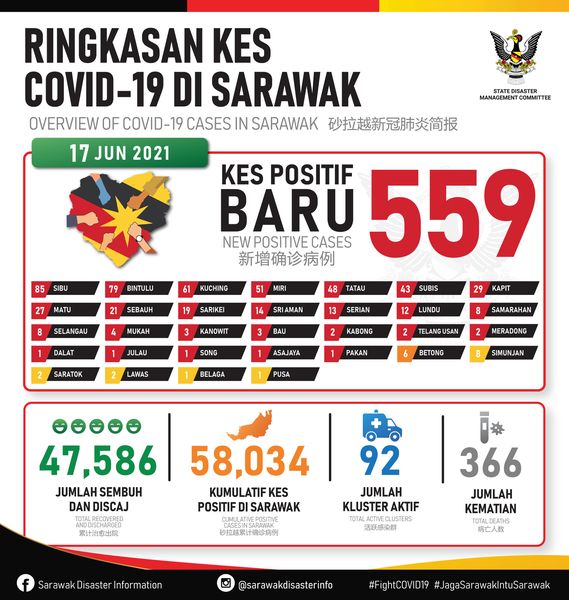 Sarawak Disaster Management Committee (SDMC) said one death was recorded in Sibu and the other in Kuching.

The 365th death was a 56-year-old woman from Sibu district. She was tested Covid-19 positive on June 5. She had comorbid high blood pressure and dyslipidaemia.

Meanwhile, the 366th death was a 73-year-old man from Kuching district who tested positive on June 14.

SDMC also announced Matu District has changed to red zone with 57 cases of local infection in the last 14 days. This brings the number of areas in red zone to 30 districts.

On the 559 new positive cases, SDMC said 324 of the cases, or 57.96 percent, were detected in five districts, namely Sibu, Bintulu, Kuching, Miri, and Tatau.

This brings the number of recovered and discharged cases so far to 47,586, or 82 percent of the total number of Covid-19 cases in Sarawak.

There were still 9,958 active cases being isolated and treated at hospital wards and PKRCs throughout the state. 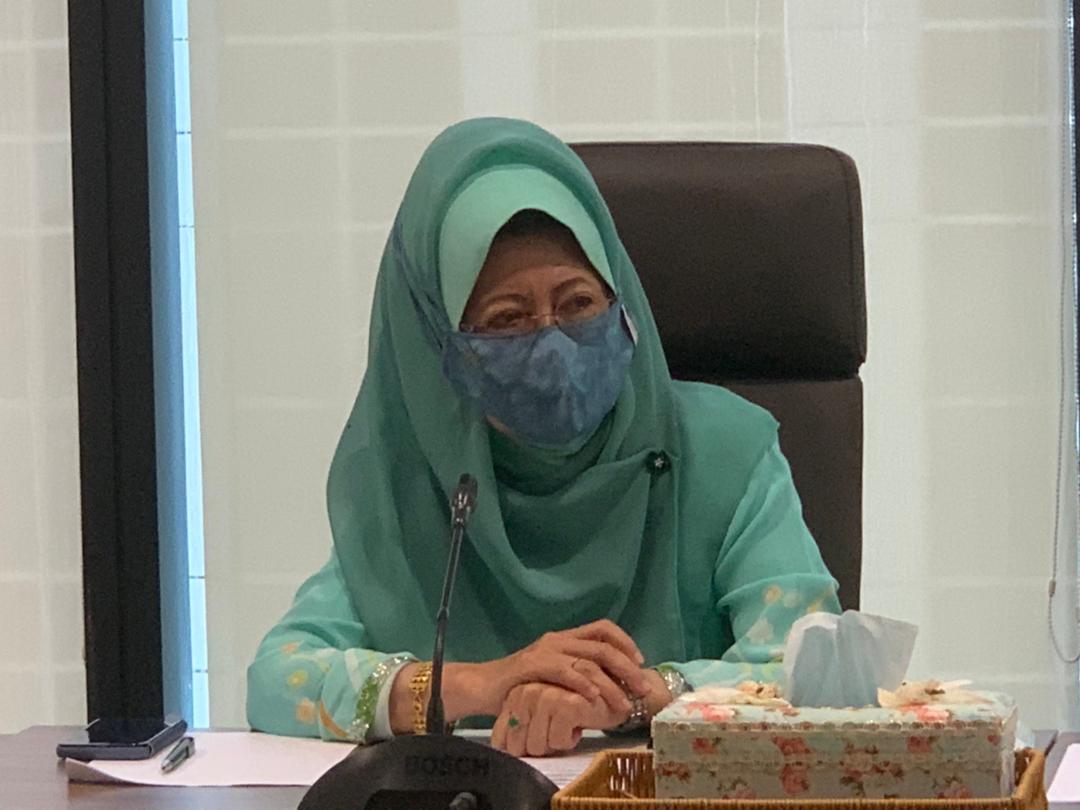