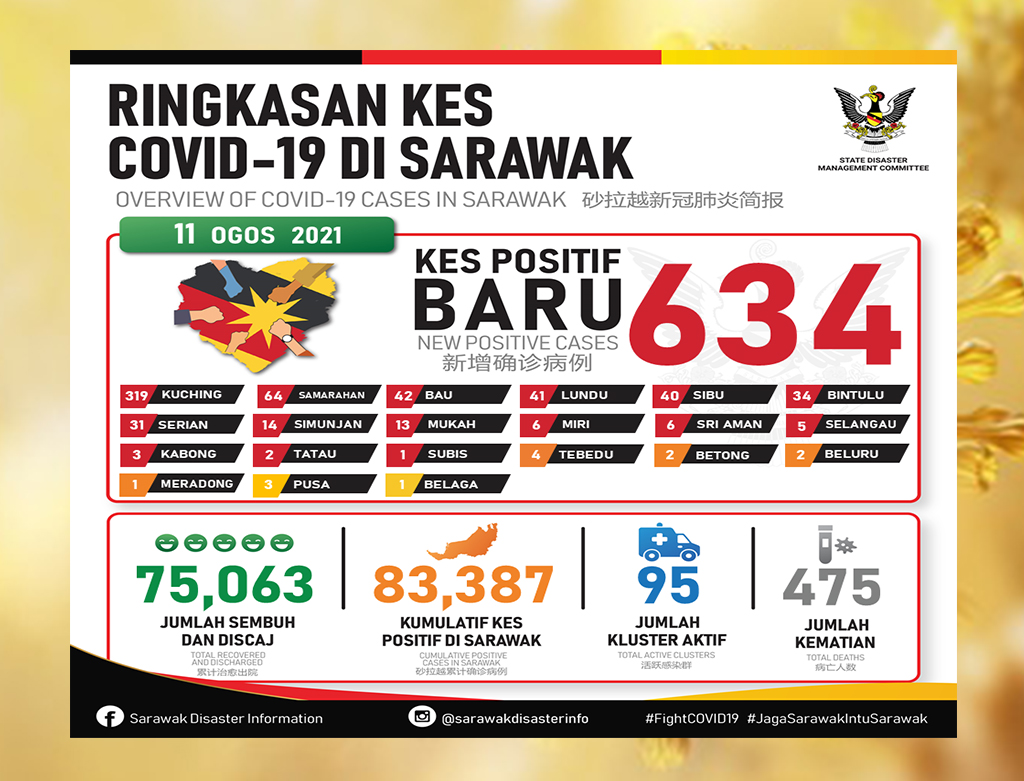 On the two new deaths reported, the committee said the 474th death was a 41-year-old man from Sibu who was confirmed positive on August 6.

The 475th death was a 65-year-old man, also from Sibu. He was confirmed positive on August 4.

Both the victims passed away in Sibu Hospital.

SDMC also reported 437 recoveries and discharge from hospitals and quarantine and low risk treatment centres (PKRCs) throughout the state.

“This brings the number of recovered and discharged cases in Sarawak to 75,063 or 90.02 percent of the total number of cases. There are still 7,669 active cases,” the committee added.