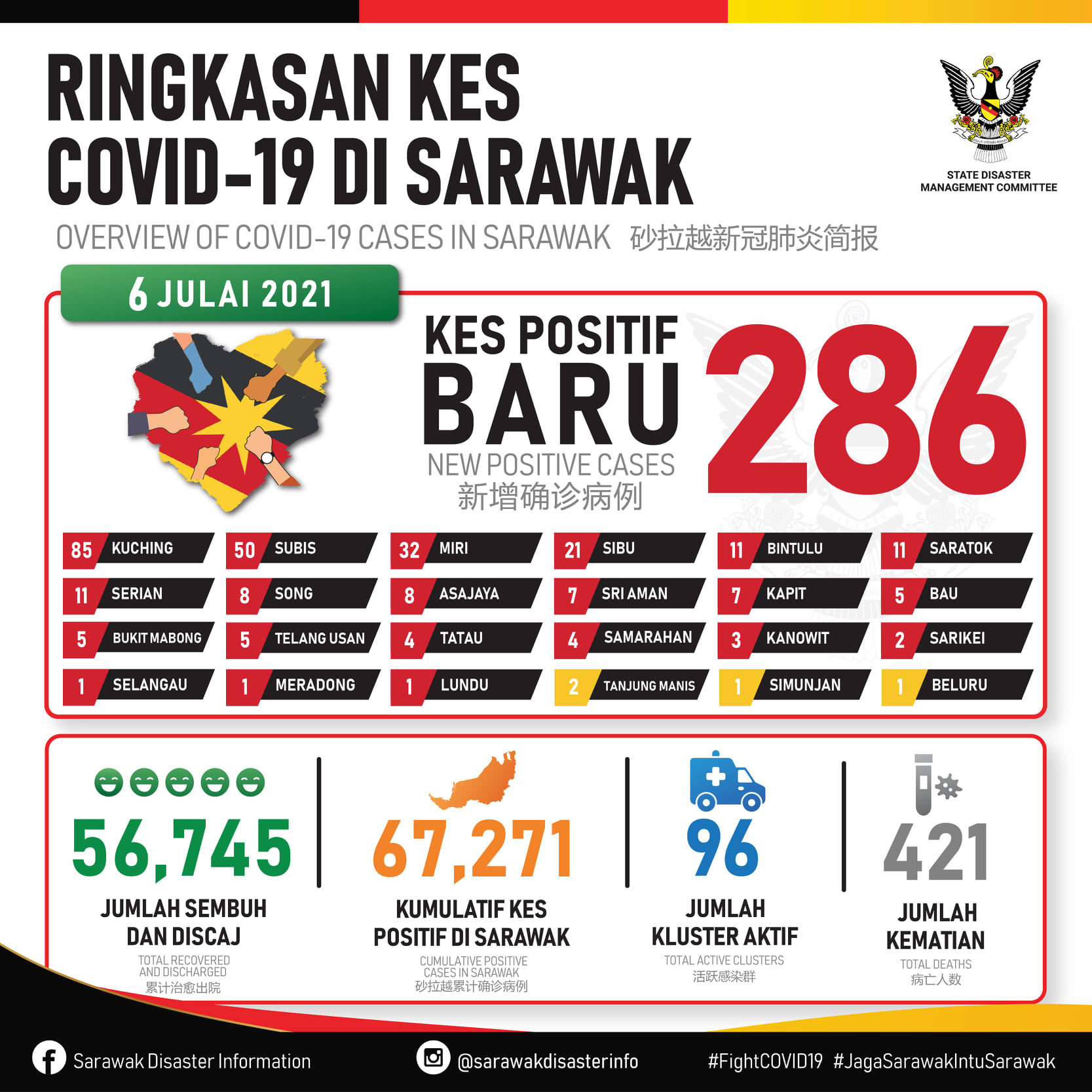 The Sarawak Disaster Management Committee (SDMC) said the cumulative total number of cases now stood at 67,271 while the death toll was 421.

It said 199 cases or 69.58 percent of the new cases were detected in the Kuching, Subis, Miri, Sibu and Bintulu districts.

It added there were 371 new recoveries and discharges from hospitals statewide.

These bring the number of recovered and discharged cases so  far to 56,745 or 84.35 percent of the total number of cases in Sarawak.

There are 9,950 individuals still undergoing treatment at PKRCs and hospital isolation wards in the state.

The SDMC said the two death cases involved local men in their 50’s.

The first death was that of a 59-year-old man from Pakan who tested positive on June 22.

“He received treatment at the Sarikei Hospital and had high blood pressure, and diabetes,” it added.

The committee said the second death was that of a local man from Sibu who had no comorbidity.

“He was brought to the Sibu Hospital and tested positive on June 29,” it said.