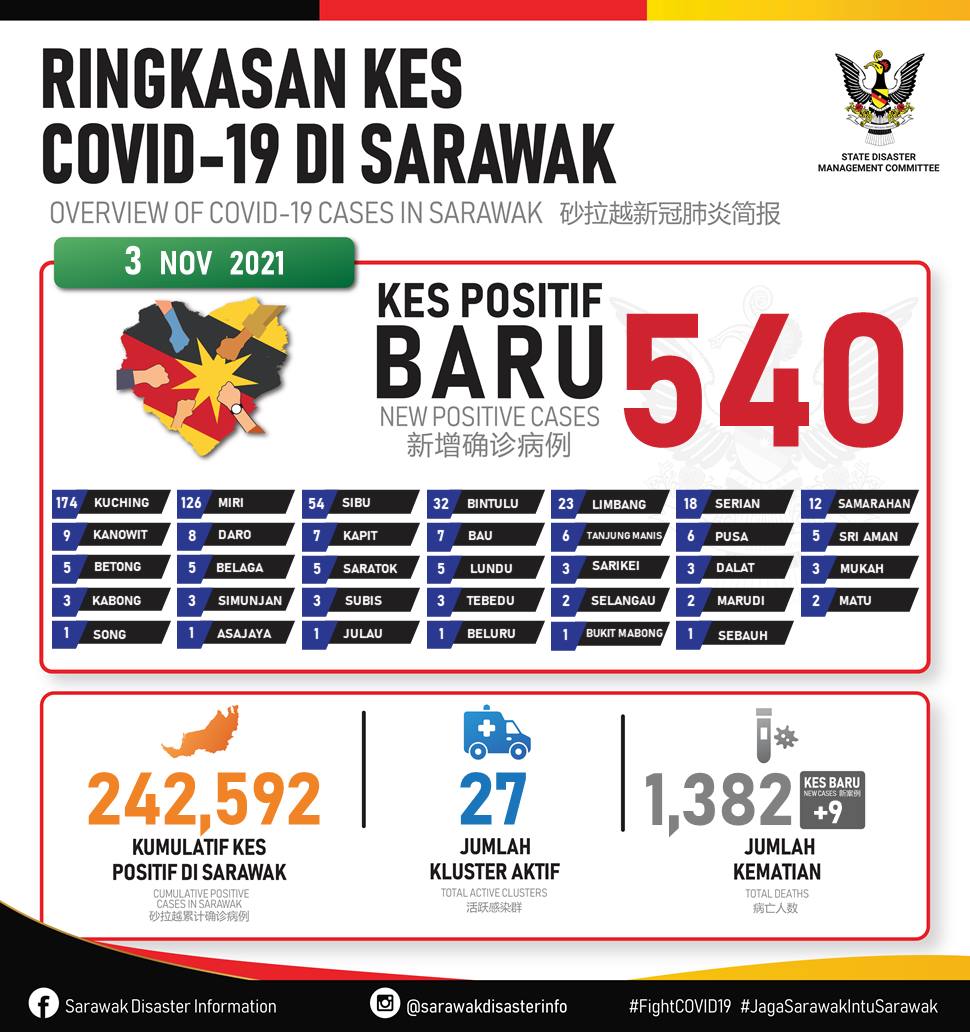 Nine deaths were also reported today (Nov 3); the victims were between the ages of 37 years and 82 years old. The oldest  casualty was an 82-year-old woman from Betong.

With  new clusters being reported, the active clusters in the state remained at 27, said the SDMC.

A pride for Sarawak

Society chips in to help needy

MIRI: This city will be an attraction for economic...

A TOTAL of 455 dilapidated schools in Sarawak have...

THE Sarawak Government is currently conducting a study to...