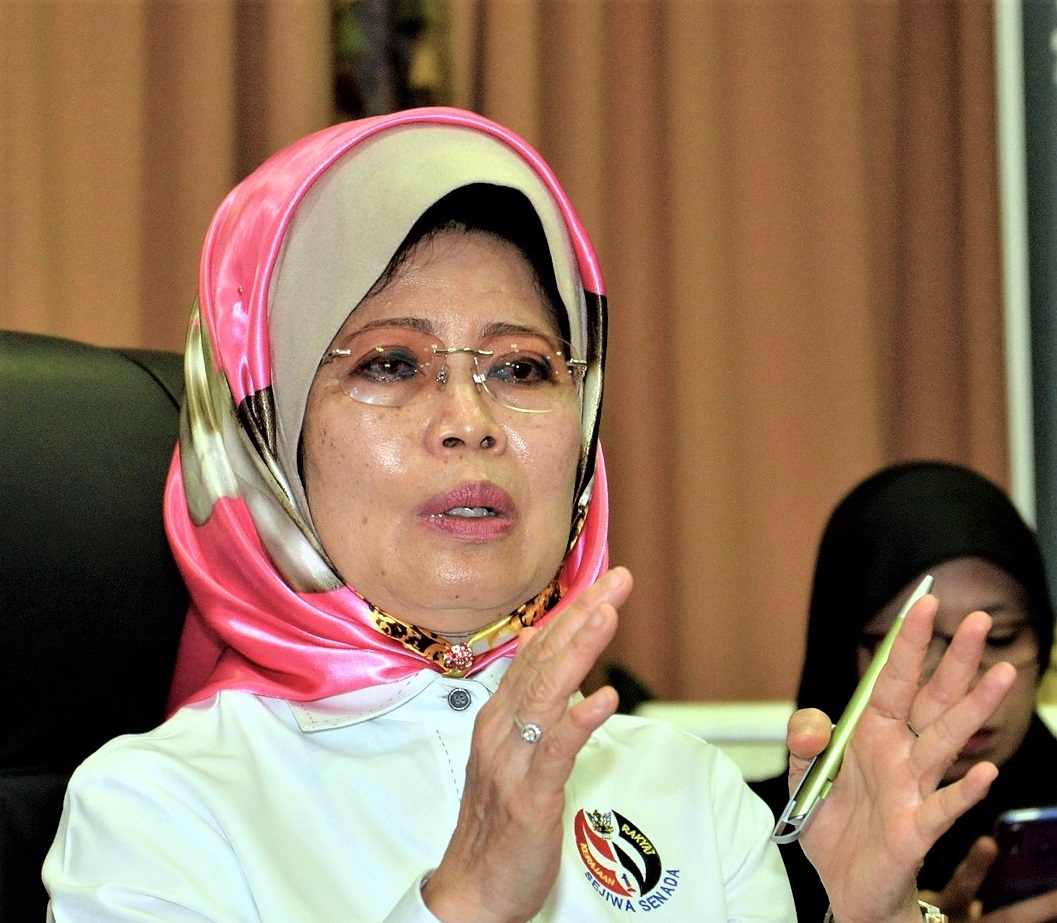 She said this in response to reports on the longhouse fire during a press conference held at Baitulmakmur building here yesterday on “Tackling Problems Related to Drug Abuse and Love Scam”.

“Yesterday we mobilised our disaster relief committee after receiving information about the fire.

“We have our disaster relief committees at the state, division and district levels,” she added.

The committees would aid in disasters such as fires, landslides and droughts among other things, she explained.

“It took two hours for our team to reach Sungai Asap and our committee has reached the victims of the unfortunate fire and offered help in the forms of food and other reliefs.

Fatimah added there would be a head count for each room in the longhouse so that the state government could assist the fire victims further.

Other reliefs would come in the form of cash, clothes, school uniforms and groceries, she said.

“We will also provide a temporary place for the victims to reside if they don’t have other places to live in within the vicinity while waiting for a better place to be provided.

“The relief provided by us for the time being are only for the basic needs. There will be further assistance in terms of household utilities,” said Fatimah.

She explained that a sum of RM5,000 would be given to each family in the longhouse.

“We suggest that the sum be accumulated by residents to help reconstruct the longhouse,” she added.