KUCHING: As Sibu begins operating under the movement control order (MCO) today, the public are reminded to comply with the standard operating procedures (SOPs) laid out by the authorities.

Education, Science and Technological Research Assistant Minister Dr Annuar Rapaee said the MCO, imposed in Sibu, Kanowit and Selangau was due to the outbreak that originated from the Pasai Cluster.

“The MCO has to be implemented as there was an increasing trend in terms of the cases recorded and we have to take drastic action. We also have conducted contact tracing and we aim to stop the chain of infection through the MCO,” he said.

The Nangka assemblyman said the authorities had stepped up enforcement and measures to contain further outbreak at longhouses following the Pasai Cluster.

He said the outbreak, which occurred at Rumah Langi in Pasai Siong, had affected most of the longhouse dwellers.

“Regardless, we have to implement the two-week MCO and it is hoped with the SOPs laid out, we can resume our lives in two weeks. In the meantime, I hope all of us can adhere to the SOPs,” he said.

“With MCO 2.0 implemented in Sibu, Selangau and Kanowit districts starting midnight tonight, it is understandable there is general apprehensiveness among the public.

“If there is any uncertainty or query, the public can contact me and I will assist to get clarification. My simple advice for now is to abide by the SOPs laid down by the Health Department,” Lau said. 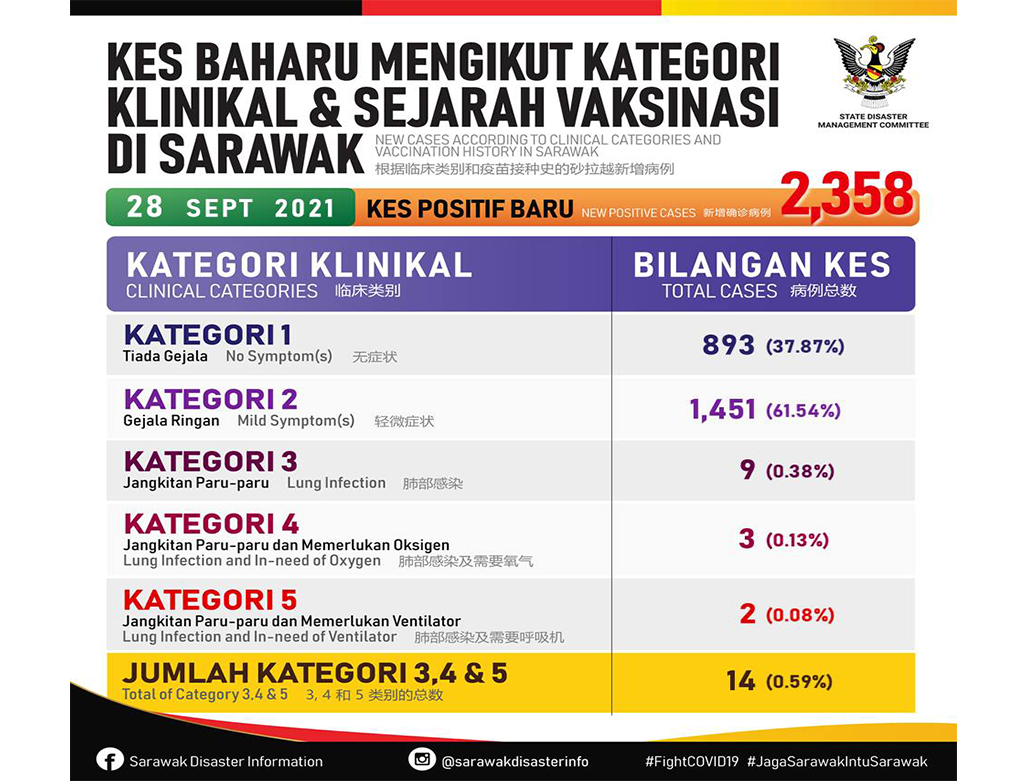