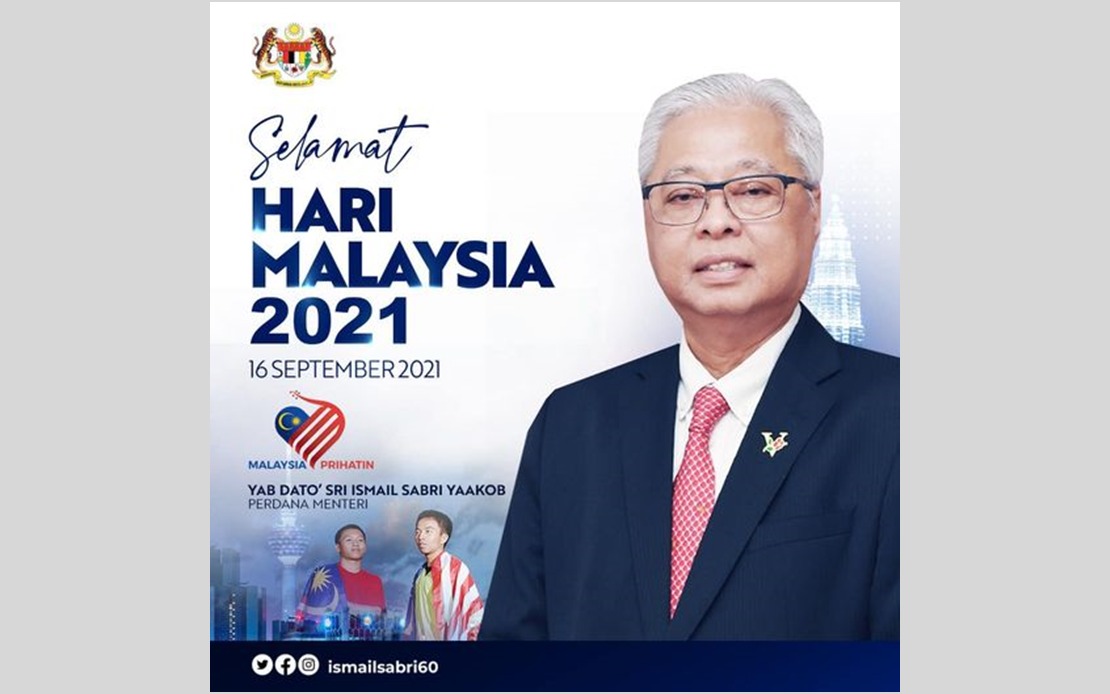 KUALA LUMPUR: Datuk Seri Ismail Sabri Yaakob has urged the people of peninsular Malaysia, Sabah and Sarawak to strengthen their resolve and determination to keep fresh the spirit of unity as a successful and respected family in conjunction with Malaysia Day today.

In a post on his official Facebook page, the prime minister said although they were separated by the South China Sea, the coming together of the peninsula, Sabah and Sarawak had built a nation that is successful and sovereign and a Malaysian Family that lives in a spirit of harmony.

He said Malaysia, which was formed on Sept 16, 1963, remains strong as a peaceful, independent and sovereign country under the patronage of the Yang di-Pertuan Agong as the Umbrella of National Unity.

“The establishment of a nation proudly proclaimed as Malaysia is the result of the achievement of independence by the Federation of Malaya 64 years ago, followed by the formation of Malaysia six years later together with our beloved Sabah and Sarawak.

“Today, the Malaysian Family has been enriched by its diversity, united with respect and pride for the motherland. To my beloved Malaysian Family, Selamat Hari Malaysia! (Happy Malaysia Day),” he said, with the hashtag #KeluargaMalaysia #BekerjaBersamaRakyat. – Bernama

Check if you have been accepted into university