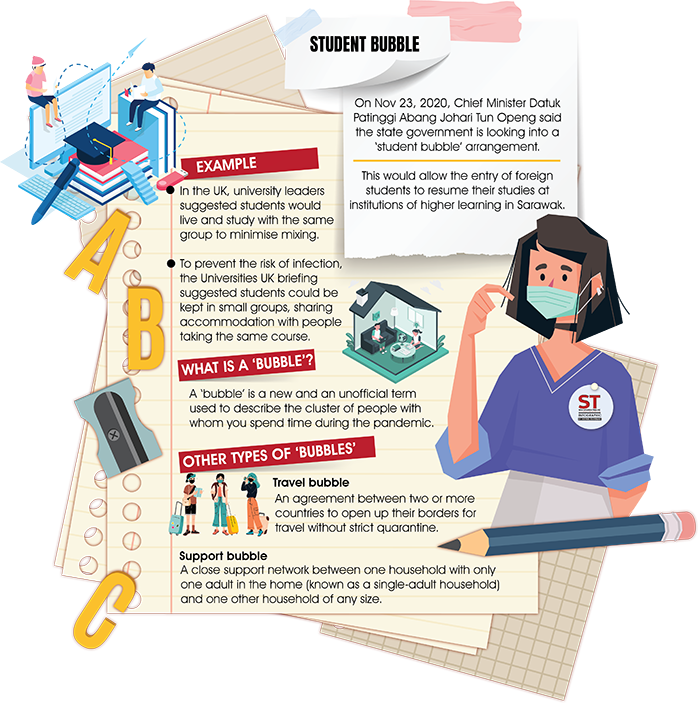 KUCHING: Sarawak may consider the implementation of a ‘student bubble’ here which would allow international students to enter the state to resume their tertiary education in a face-to-face manner.

“Yes, why not? In the next two years, the Covid-19 pandemic will hopefully be solved with the new vaccine and quarantines may no longer be applicable then.

“What we have is a good immigration policy — we allow foreigners to come here on an education pass and that will create the synergy for us to have that policy,” said Chief Minister Datuk Patinggi Abang Johari Tun Openg.

He said this in response to a question during the Chief Minister’s Webinar entitled ‘Sarawak 2021 Budget: Towards A High-Income Society In 2030’ hosted by the Sarawak Business Federation (SBF) on Monday (Nov 23).

SBF deputy president Datuk Philip Ting, who moderated the session, had asked for the Chief Minister’s comment on the possibility of implementing a ‘student bubble’ to allow some 3,000 international students to enter Sarawak, undergo quarantine and Covid-19 tests, and then resume their classes physically.

He said such a ‘student bubble’ had been implemented in Darwin, Australia.

With regard to Sarawak’s blueprint for education development, Abang Johari said in addition to setting aside RM1 billion to the federal government for the repair of dilapidated schools in the state, the Education, Science and Technological Research Ministry had been set up to monitor the implementation of education policies from the federal government.

He said the state government had also allocated RM6 million to train teachers involved in the teaching of Science, Mathematics, and English as well as RM12 million to equip all primary schools in the state with computer laboratories.

“This is the intervention of the state — what is important is that the quality of students must be of world class,” he said, adding that thus, the state government had set up five international schools based on Cambridge syllabus.

As such, he said there were three key education streams here — the national syllabus, international syllabus with command of English, and Unified Examination Certificate (UEC) of Chinese schools.

Through this approach, he said Sarawak would be able to produce those with a good command of English and Mandarin, pointing out that the world economy hovered between these two languages.

“If we have this quality education system, this means you can place yourself in any marketplace in the world economy,” he said.

Abang Johari said it was an advantage to have an education system which was flexible and suitable to the economic ecosystem.