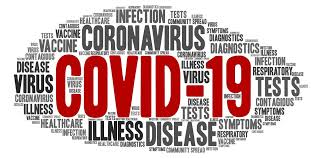 KUCHING: A student in Bintulu was tested Covid-19 positive on Sunday (June 14), bringing the total number of positive cases in the state to 557.

According to Sarawak Disaster Management Committee (SDMC), the case is identified as a student from a public university in Mukah who had returned home to Bintulu since the implementation of movement control order (MCO) in March.

“The case was detected through the screening of students in the state as directed by SDMC.

The SDMC was informed that the case has been in contact with relatives during the recent Hari Raya visits.

“Thus, the Bintulu Division Health Office is currently tracing close contacts to the case,” SDMC said in a statement on the same day.

SDMC also said that the source for the infection is currently under investigation.

“This has resulted in the total number of yellow zones to date has increased to four while the green zones are at 36,” it added.

The same statement also informed that there are no new cases which have recovered and discharged from the hospital.

It also noted that 19 new person-under-investigation (PUI) cases were reported on the same day and 24 cases were still awaiting laboratory results.

Polls ok but under strict SOPs