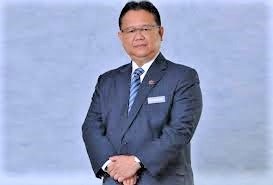 KUCHING: There will be sufficient essential goods during the month of Ramadhan, Hari Raya, Gawai and after the movement control order (MCO) period in the country.

Domestic Trade and Consumer Affairs Minister Datuk Alexander Nanta Linggi assured the public, including those in the rural areas, that issues of lack of food supplies would not arise.

“Our main role during this MCO period is not only to monitor whether there is a hike in the price of food items but also to ensure that supply is enough,” he said.

Nanta said this during RTM’s Bicara Naratif programme on Monday which touched on the ministry’s role during the MCO.

He said the ministry’s role was also to make sure that food supply was not disrupted and the delivery process was smooth.

“During the first week of the MCO, there were complaints about the increase in prices of food items, face masks, hand sanitisers and about some food items not being enough.

“It is understandable why this happened because we have never faced this crisis before and people are afraid thus panic buying,” he said.

Nanta said however, since the second week of the MCO till now, things were more in order.

“Our enforcement teams have been going on the ground to check if there are any profiteering activities and we have caught those responsible for this act,” he said.

In the meantime, he said the country would not have any shortage of bread supply.

“Recently, there was a shortage of bread from a particular bread producer. But that does not mean that there is not enough bread entirely because there are many bread producing companies,” he said.

“KPDNHEP has gone to check 59 factories, including bread factories, throughout the country to ensure ample supply of bread,” he said.

On another note, Nanta said there is a low demand of poultry such as chicken in the market now as many shops or restaurants require a large amount due to the MCO.