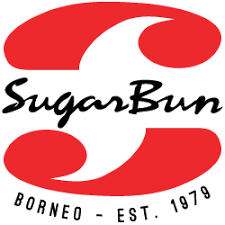 The higher revenue was due to the collaboration with Foodpanda during the current quarter, according to Borneo Oil in notes to its latest financials. Despite the increase in revenue, the segment recorded pretax loss of RM37,000 from profit of RM384,000 previously due to the implementation of the sales and service tax on Sept 1, 2018 that resulted in higher costs of sales.

SugarBun has said recently that it would expand its ties with Foodpanda after a successful trial run. Foodpanda, a German mobile food delivery marketplace, is an online food ordering website that connects users with selected local restaurants. Customers can browse through its numerous menus and place orders for delivery or take away.

“The management and operations of properties registered an increase in revenue of RM5.34 million and profit of RM0.11 million against the preceding corresponding quarter which was derived mainly from the project  management for the construction of an integrated limestone processing plant (in Sabah), said the company.

But the oil, gas, energy and mining related business reported lower revenue of RM969,900, a significant drop from RM4.38 million in Q1-2018 due to reduced sales of gold and limestones. The segment, however, improved its pre-tax profit to RM1.2 million from RM1.03 million due to recovery of bad debts of RM2.06 million.

Shop local with Digi and Shopee

Sarawak Biohub Port project to commence in next year