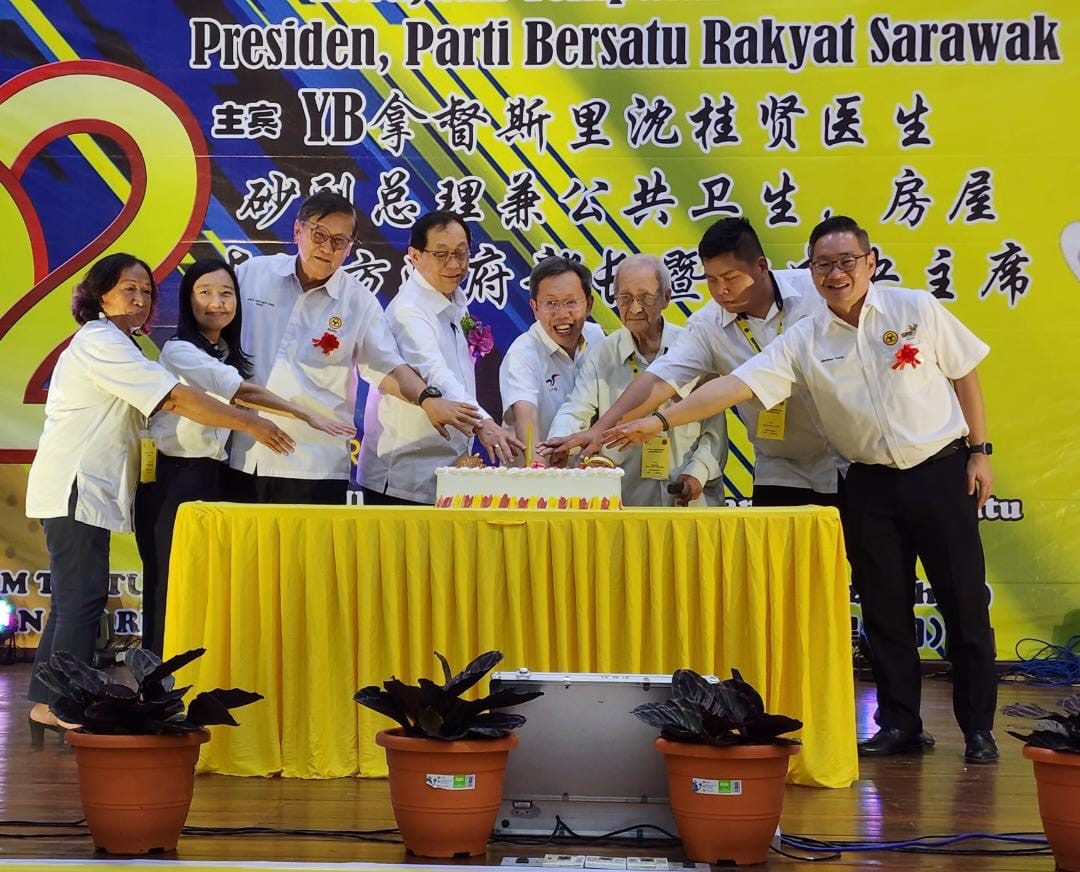 SIMANGGANG: The Sarawak United People’s Party (SUPP) branch here is confident of achieving its target of having 5,000 members by the end of this year.

“We will mobilise various efforts to attract the public’s interest in participating in the party,” said its chairman Datuk Francis Harden Hollis.

“Currently SUPP Simanggang Branch has 4,012 members and we aim to have 5,000 members by the end of this year,” he said.

Francis who is Simanggang assemblyman was speaking at the 62nd anniversary of the party’s branch here which was officiated by Deputy Premier Datuk Seri Dr Sim Kui Hian who is also SUPP President, recently.

He explained that all the party machinery need to work hard to attract the interest of the community.

The ceremony, which was attended by about 1,000 guests, included the swearing-in of committee members of the Simanggang, Pantu and Lingga branches for the 2022-2024 session, in addition to celebrating the 2022 Moon Cake Festival. 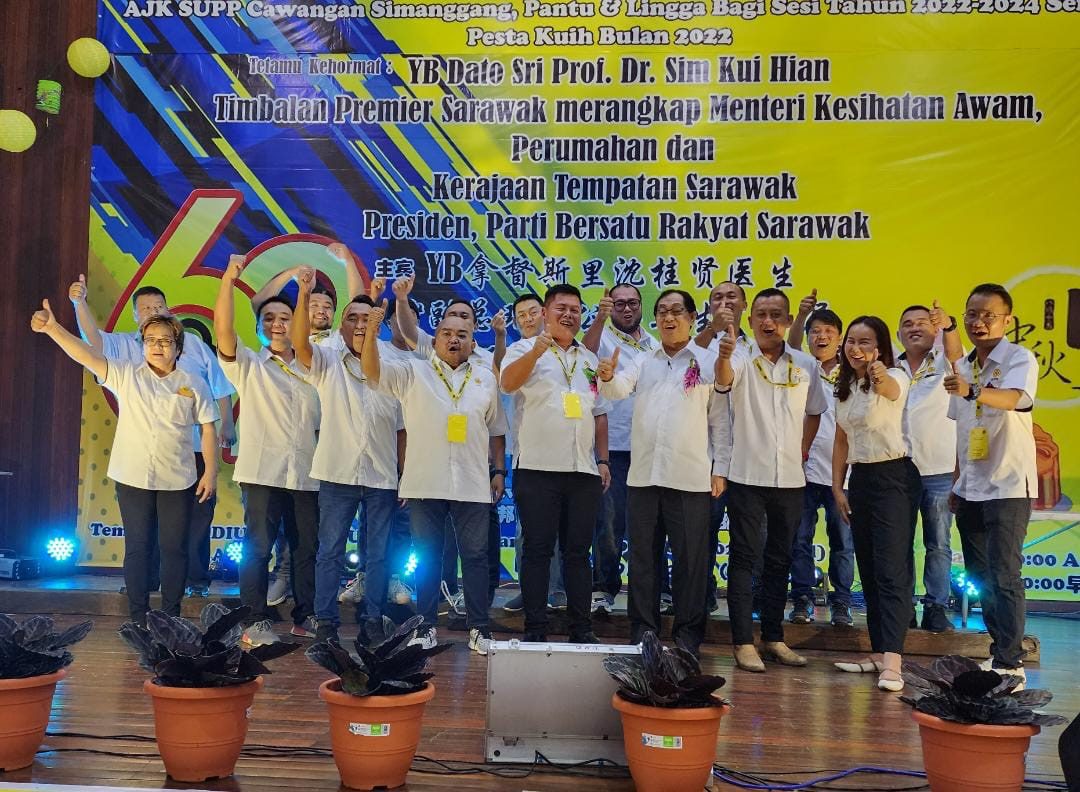 Francis Harden together with the SUPP machinery at the 62nd Anniversary Celebration of the Establishment of SUPP Simanggang Branch.