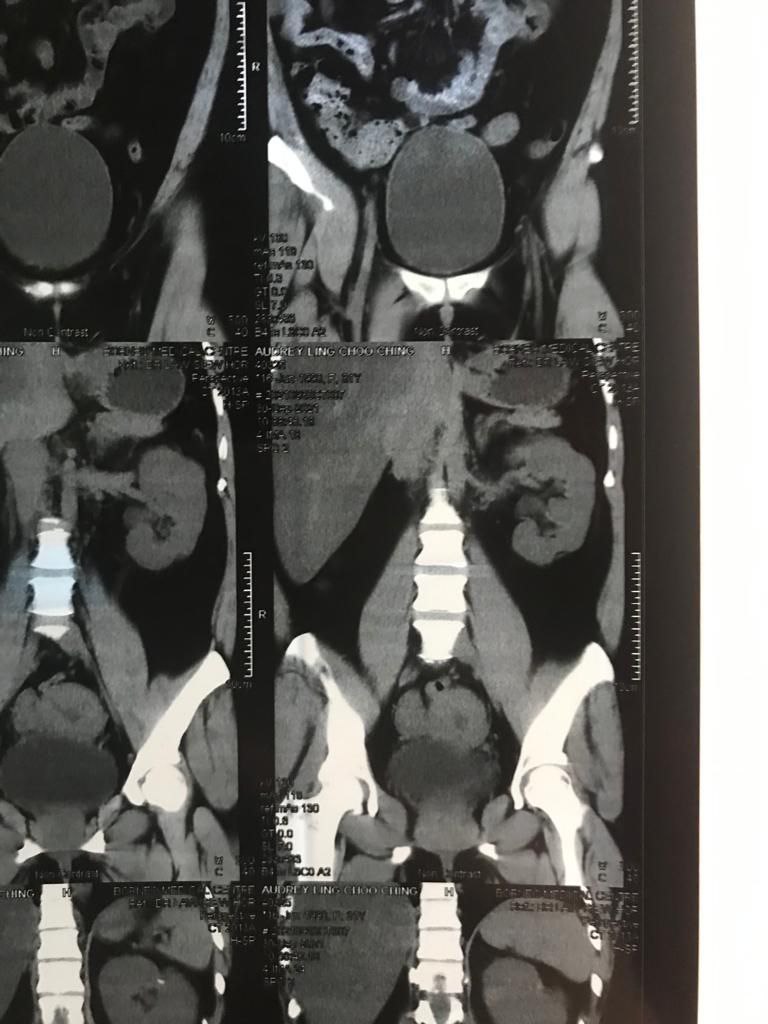 Audrey Ling’s life was turned upside down when she was diagnosed with sepsis last year. She learned the hard way to pay attention to her health after living for three decades without much concern.

Sepsis diagnosis and the wake-up call

Audrey Ling, a workaholic, had never imagined that her body would fail her. Whenever health-related issues arise, the 32-year-old has often dismissed them as unimportant.

It wasn’t until last September that she realised how dismissing it could completely change her life.

In conjunction with World Sepsis Awareness Month in September, Audrey talks to New Sarawak Tribune about her experience with sepsis.

According to a 2020 Lancet study based on medical records from 195 countries, including Malaysia, there are 49 million cases of sepsis each year, with 11 million people dying from it.

According to Sepsis Research FEAT, sepsis is estimated to account for one in every five deaths worldwide.
Sepsis is the body’s extreme response to an infection. It is a life-threatening medical situation.

According to the Centers for Disease Control and Prevention, infections that lead to sepsis usually begin in the lung, urinary tract, skin, or gastrointestinal tract.

Audrey, who recovered from the diagnosis last year, revealed that she initially experienced a fever and slight pain when urinating.

“I was suffering from a urinary tract infection. However, things quickly escalated. My body temperature kept going up and down. I was warm. The next thing I knew, I was cold, with severe body shaking. It went on for a few days.”

Audrey recalled her temperature remaining high after the fourth day as she felt suffocated by the high heat.

“I started having trouble breathing. That’s when I was taken to the emergency unit.”

Audrey, however, could not be admitted to the hospital right away because it was the peak of one of the COVID-19 waves last year.

“I was taken to their quarantine room and examined while waiting for my swab test to rule out COVID-19. My body temperature was 39.9 degrees Celsius, which was not good according to the doctor who checked me.”

She remembered feeling nervous at the time, thinking that her condition was caused by COVID-19.

“I was experiencing COVID-19 symptoms such as fever and breathing difficulties. I suspected I had it because I was in a lot of pain.”

Despite this, she was cleared of the virus and admitted to the hospital for further check-up and care.
Audrey said she had vomit bouts while on antibiotics drip because her body was rejecting the medication.

The piano teacher was diagnosed with sepsis stage one after multiple blood tests.

Finding out about renal agenesis

Audrey was hanging on by a thread when she discovered an even bigger boulder ahead of her.

“I was having an ultrasound to check the condition of my kidneys after the previous scan revealed that sepsis had made its way there. The radiologist looked confused while scanning my right kidney and began questioning me about my medical history.”

She discovered she had lived for more than three decades with only one kidney.

“I was speechless and confused.”

Thoughts of ‘did my other kidney malfunction or was damaged?’ ‘Is it possible that I had an unknown kidney disease?’ ‘Was it never present for unknown reasons?’ rush through Audrey’s mind.

“I panicked and was asked to undergo a CT scan to confirm that I have only one kidney due to renal agenesis (complete absence of one or both kidneys).”

According to the doctor who attended to her, it could be deformed, did not grow any further, or she was born naturally with only one kidney.

“The fact that I was born via caesarean section because my mother had a high fever at the time could also have played a role. I immediately called my parents, who were equally surprised.”

Audrey revealed that she was born in the small town of Sarikei, where the hospital was not as advanced as it is now.

“As a result, there was no detailed scanning or check-up at the time, which is probably why doctors did not discover the condition.”

Audrey revealed that despite having only one kidney, she has never had any problems with it.

“However, some things begin to make sense, such as the occasional pain in the left kidney and the lack of sensation in the right. I also have trouble urinating on a regular basis, despite drinking plenty of water. I had a couple of urinary tract infections, as well as some gallbladder pain. I dismissed them as minor inconveniences and did not associate them with any kidney problem.”

Audrey’s life has been a roller coaster since she was diagnosed with sepsis last year, with so many ups and downs to this day.

Audrey was put on an antibiotic drip at the hospital to help with the infection.

Memories of her time in the hospital.

Her physical and mental health had both suffered as a result of the ordeal.

Audrey felt a mixture of fear, nervousness, and worried feelings because she had not anticipated her body being in this condition.

“I am always preoccupied with work. Because I was sick, my entire life came to a halt. I needed to abandon everything I was doing at the time. I was unable to do anything but rest. Because I am always busy, I try to put off my health as long as it is not serious. Little did I know, the minor health issues would pile up and blow up in my face.”

Audrey, a piano teacher who teaches one-on-one lessons, was concerned about her students, how to abruptly delegate work to her colleagues, and how to explain the situation to parents.

“I started to worry more because I had no idea how long I would be out of work due to my condition. Because of the nature of my job, I couldn’t simply apply for ‘sick leave,’ so I had to plan for making up the missed classes.”

Furthermore, due to the hospital’s COVID-19 policy, her friends and family were unable to visit her in the ward.

“So, I, too, felt lonely. I get video and phone calls, but it’s different when someone is physically present for you.”

Audrey, despite her strong will, made it through. She learned to cope with her situation by allowing things to happen and taking things one step at a time.

“I used to tell myself that this, too, would pass. I spent my time learning more about my condition, reading health-related articles, and journaling. I also have family and close friends who encourage me not to give up.”

“My motivation for continuing to live was myself. I’ve always been in difficult situations since I was young. But, looking back, I see that I survived every one of them, which made me stronger. I wanted to give up many times, but I didn’t.”

When comparing her life’s journey to that of her peers, Audrey often thought it was difficult.

“But it made me stronger and braver. This strength has motivated me to not give up.”

Audrey’s road to recovery was not an easy one. She also revealed that her high temperature did not decrease during her hospital stay until four days later.

“It got up to 40 degrees Celsius during those days. I slept very little because it was so uncomfortable. I had a mental breakdown after discovering so many other issues after several tests.”

Despite being discharged within a week, Audrey said that it took months for her to fully recover.

“I had to get sepsis under control in order to recover. I had to take a lot of antibiotics every day. Every one to two weeks, I had to have a blood test to see if there were any abnormalities with my blood and renal function.”

She also said that whenever she developed a fever during her recovery period, she had to go to the hospital for a check-up.

“My body’s temperature goes haywire every time I get a fever. I also needed to keep an eye on my kidney, which was the area where I was most frequently attacked. Furthermore, I only had one, so that was my only lifeline there.”

Audrey admitted that even after a year, she still didn’t feel fully recovered.

“I still have post-sepsis symptoms like trouble sleeping, constant fatigue or lethargy, shortness of breath, skin rash, and hair loss. My organ functions, particularly my liver and kidney, are much weaker than before. Also occasionally, I get infections.”

Audrey was not only affected physically, but also emotionally and psychologically.

“I had occasional bouts of memory loss. I also have trouble concentrating and suffer from depression.”

Audrey, who is also in the gift-curation business, has been doing a lot of self-reflection post-sepsis.

“I realised that my life is out of balance in terms of health, work, time, and priorities. It also made me realise how unhealthy my lifestyle and habits were.”

Audrey described herself as a “old broken car,” saying that while she appeared to be in good health on the outside, on the inside, she had many health issues to work on.

“I’m attempting to develop healthier habits and lifestyles. It’s difficult, but I want to do it for my own good. I want to explore and experience so much more in life.”

Audrey has been doing regular blood and urine tests, as well as gradually losing weight to become more fit.

“Life is both precious and fragile. It could be taken away from you at any time, from anywhere, and certainly not when you expected. What I can do is control my life and make it better, or at the very least prolong it. I would like to do more for myself. I want to love myself,” said the sepsis survivor.