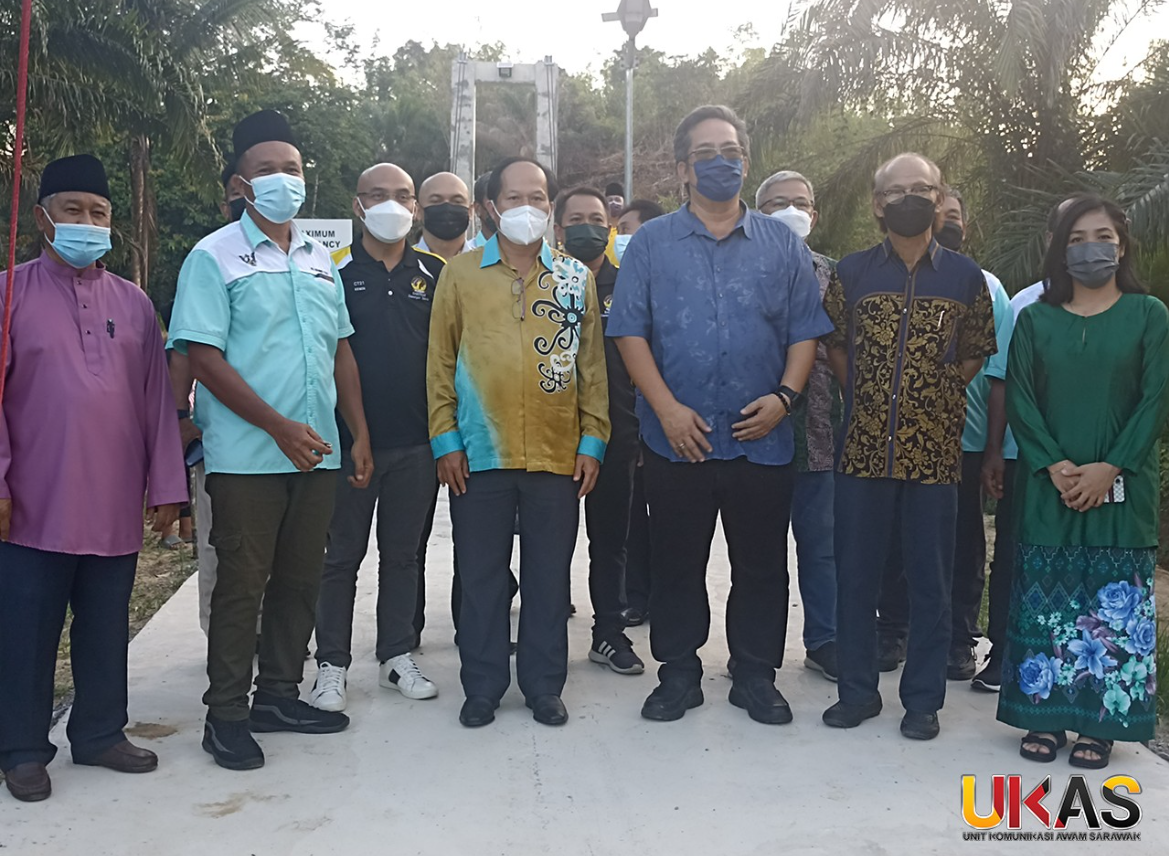 SERIAN: The Kampung Darul Iman Suspension Bridge here is now ready for use.

The bridge which was built at a cost of RM250,000 is a Rural Transformation Programme (RTP) project under the Tebedu constituency.

With its completion, Tebedu assemblyman Dr Simon Sinang Bada stated that residents could now carry out their daily activities with ease.

“I am confident that the suspension bridge will be of convenience to the villagers,” he said.

But in the same breath he reminded residents to always be wary as the bridge can only carry a capacity of 30 people at a time.

After that, he also handed over bubur lambuk, sugar and rice donated by the SABERKAS Tebedu Branch to 90 participants.