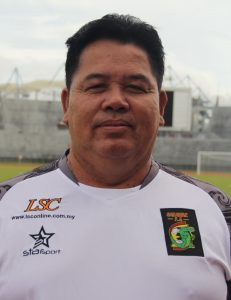 KUCHING: Sarawak squad failed to overcome their neighbours, Sabah when lost 2-1 in their first friendly match at the Likas Stadium, Kota Kinabalu in a tour series to Sabah recently.

The visitors only goal was scored by Sarawak import striker, Mateo Roskam in the second half.

Sabah earlier led the match by two goals scored at the end of the first half and early second half.

Sarawak came back in the second half with one goal by Mateo Roskam.
The game was supposed to start at 9:00pm but started slightly later (9.45pm) beacuse the bus used by Sarawak squad to go to the Stadium Likas, Kota Kinabalu was involved in an accident.

Head coach David Usop said the performance of his players are quite good, adding that they are a bit affected by the accident earlier.

“We played well … only a little disoriented. Maybe the players are affected by the incident on our way to the stadium,” said David.

admin33
I am a web developer who is working as a freelancer. I am living in Saigon, a crowded city of Vietnam. I am promoting for http://sneeit.com
View All Posts by Author
FAS’ Razali Dolhan elected to FMLLP Board of Director
Previous Post
DR TING REMAINS AS PUJUT ASSEMBLYMAN
Next Post
You May Also Like