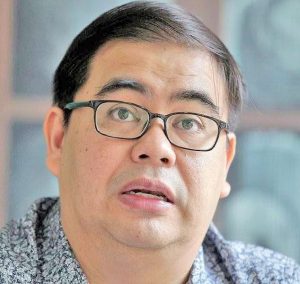 “As a model of religious and ethnic tolerance, Sarawak should definitely be seen as a role model of unity by other states in West Malaysia,” said Dr Awang Azman when contacted by New Sarawak Tribune yesterday.

Dr Awang Azman was commenting on a statement made by Chief Minister Datuk Patinggi Abang Johari Tun Openg on Aug 29.

In that statement, the chief minister said that Sarawak would continue to handle things its own way. The chief minister was responding to Minister in the Prime Minister’s Department (Religious Affairs) Datuk Seri Dr Mujahid Yusof Rawa’s request for Sarawak to be a role model to the whole nation in handling racism and religion issues.

Dr Awang Azman yesterday said, “Simplicity in life and mutual respect for each other as espoused by all religions proves that religion is not a unity divider but rather a sure bond of unity. This is the essence of Sarawak’s unity.

“Additionally, in Sarawak, religious differences are celebrated with open hearts by a population who looks to religion for peace, goodwill, honesty, responsibility, trust, tolerance and non-oppression,” he said.

In fact, he said, past political events showed that the majority of Sarawakians rejected those who attempted to use race and religion to win votes.

“No single ethnic group can rule without the other ethnic groups. That’s for a fact as far as Sarawak is concerned.

“The state leaders know too well that the different ethnic groups complement one another. Acceptance, tolerance and understanding is key to the prevailing unity, thus nothing is more important than to nurture this for continued peace and harmony,” he said.

Death toll from coronavirus outbreak in China rises to 1,016

Give your support to Mermaid Pink Run

Self-quarantine if you have been to Singapore recently