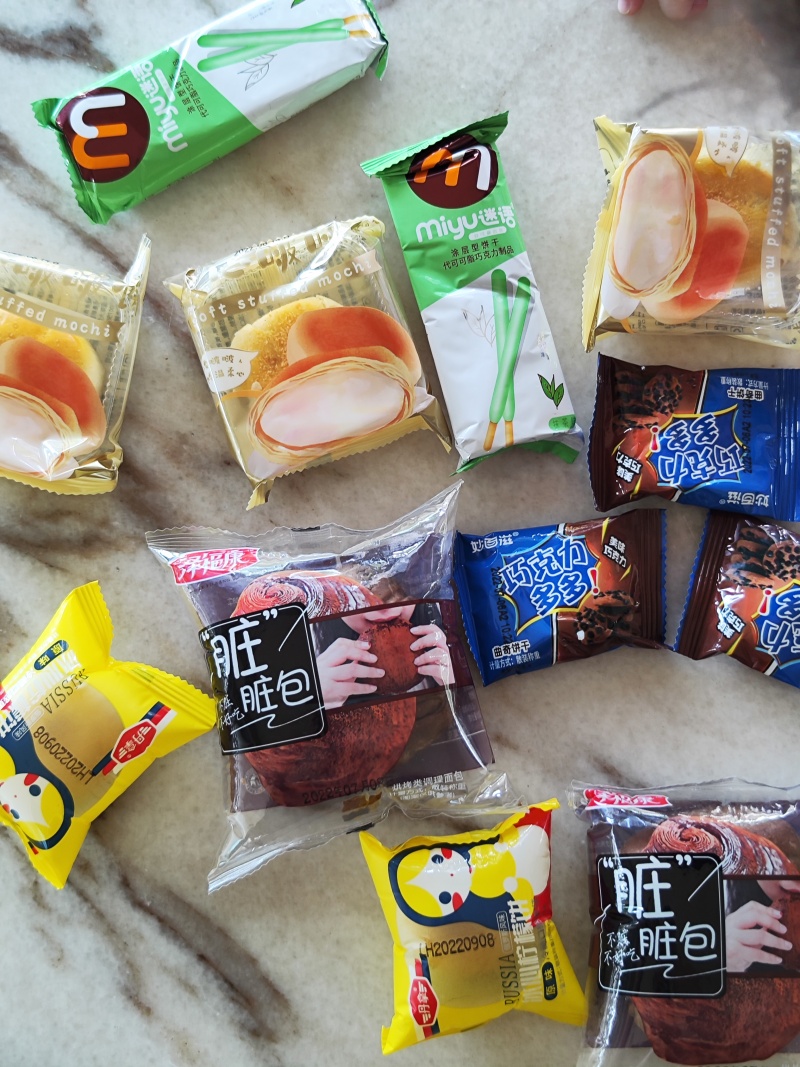 Foreign snacks are a novelty when travelling. This is because it is only through food that we can understand the culture of the country we are visiting.

Snacks sold at convenience stores or sundry shops, in addition to local delicacies, can introduce one to the gastronomical adventure of the respective country.

However, it has been a long time since I visited any country, let alone a state. My curious buds were yearning for the wonders that my feet could wander.

Fortunately, the modern era is surrounded by cutting-edge technology. With such advancement, food can be delivered to my doorstep with just a push of a button.

This time around, I had a craving for sweet and chewy snacks. I wanted something similar to our local snack, but I also wanted to try something new.

I then browsed through shopping websites to see which shop had the best snacks. I also ensured that they could be delivered without problems.

During the scrolling session, I discovered that snacks from China matched what I was looking for to satisfy my taste buds. I was also curious by the country’s never-before-seen snacks.

China is an innovative country. Its food is a thrilling combination of spicy, salty, and sweet flavours. Some regions even served sour.

As a result of the merging of food and technology, the country is able produce creative snacks in convenient packs with a long shelf life.

When I was younger, I used to come across suspicious-looking packet candies and chips from China. I avoided it because I didn’t want anything unexpected to happen.

However, the snacks from the country today appeared to be convincing. They put a lot of work into the packaging design, and it was attractive enough to pique my interest in trying it.

So, I did. I purchased five different ones from a popular shopping website. During my browsing, I was taken aback by how cheap the snacks were, even cheaper than our local ones.

Nonetheless, I wanted to satisfy both my curiosity and my taste buds, so I clicked the ‘check out’ button without hesitation. 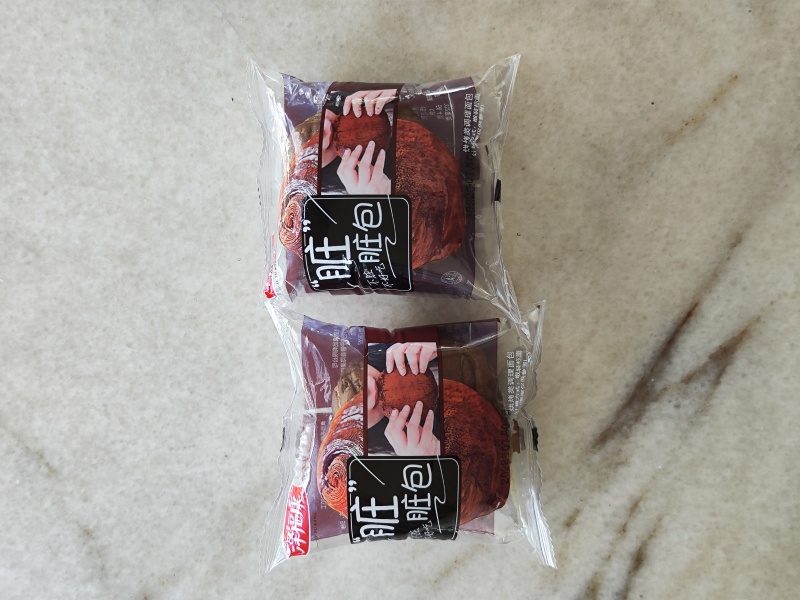 This ‘Dirty chocolate bread’ trend started in a bakery in Beijing, China, and is now widely available in local bakeries.

Since its inception in 2018, many bakeries throughout Asia have released their own version of dirty bread.

Malaysia is no exception. However, because this bun is freshly baked from the oven, it will go stale in a matter of days.

Meanwhile, the dirty bread I bought had a five-month shelf life. Its size was different when it arrived from the usual ones.

When I opened the package, the aroma of chocolate wafted out. I was tempted to take a bite right away.

This conveniently packed dirty bread was not as fluffy or soft as its freshly baked counterpart. The bread was chewy but not that hard.

The chocolate flavour was subtle, with a bitter aftertaste. The bread was not dirty at all, despite its name. I enjoyed it because I never liked eating sloppy food. 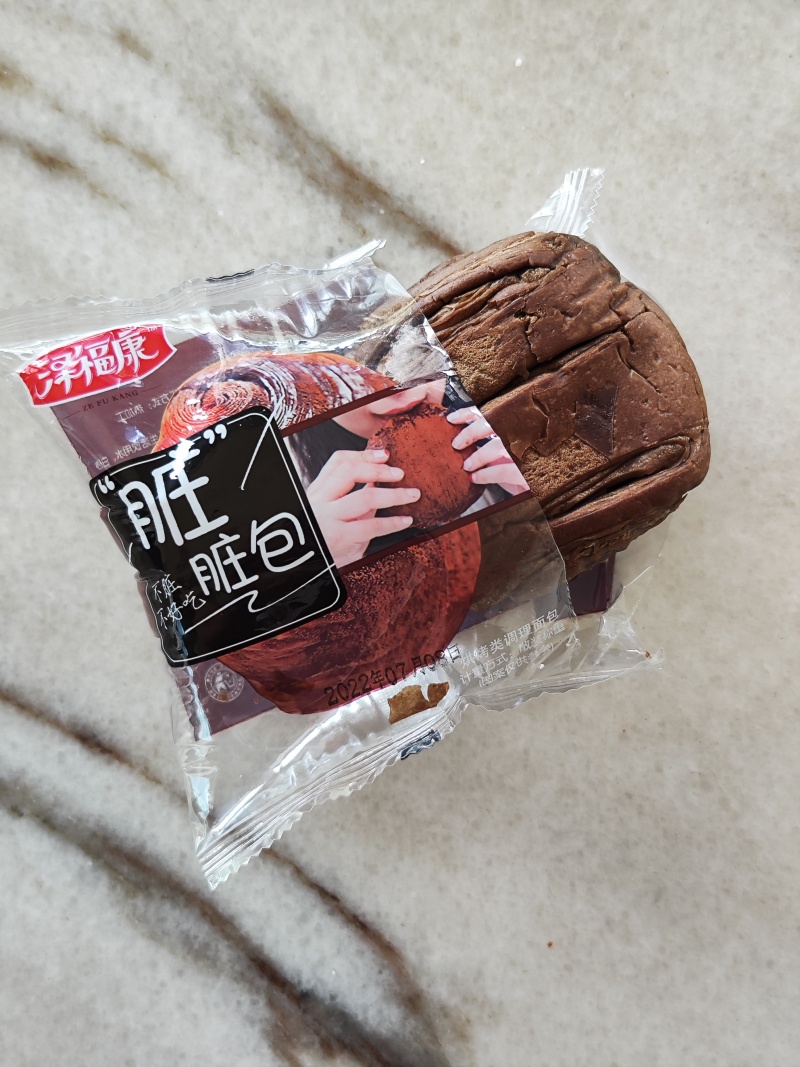 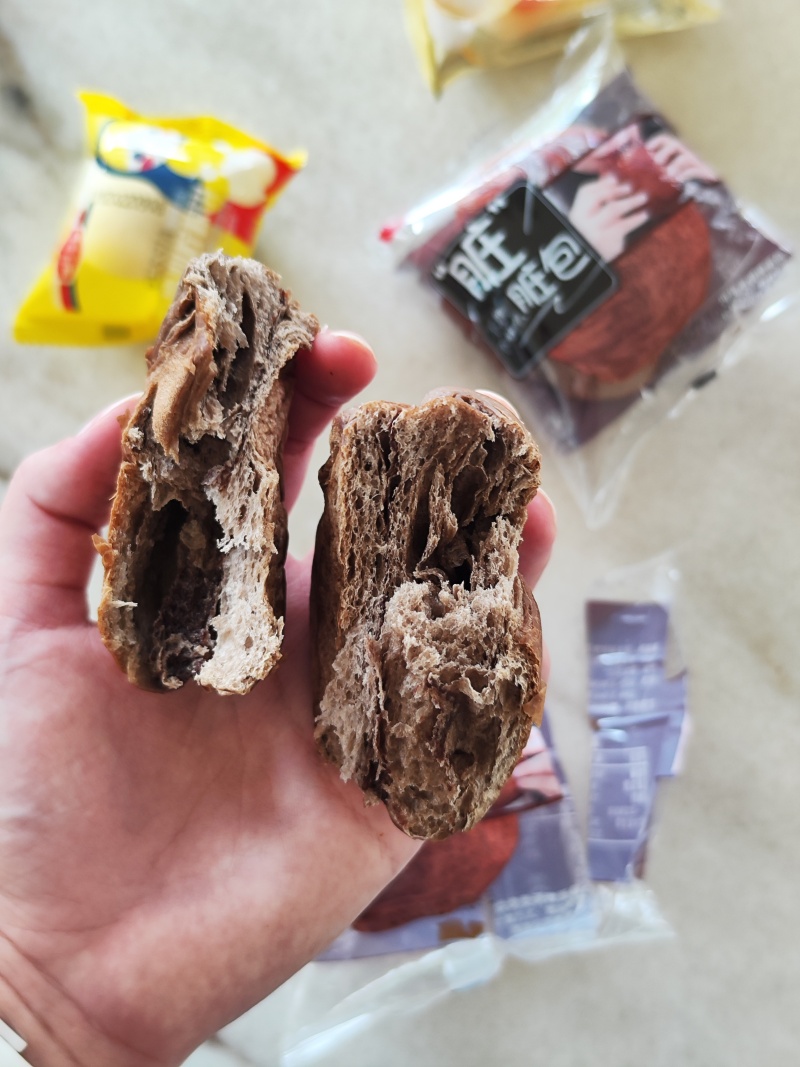 I’ve been having a mochi craving. Its springy, chewy texture is what entices me to keep looking for more.

Mochi is now eaten with more than just crushed peanuts. It has been creatively incorporated into various delicacies by the food industry. There are mochi waffles, mochi red bean cake, and many more.

Therefore, when I saw this “soft stuffed mochi,” I was intrigued by the concept. The snack’s exterior is dry and flaky.

The interior, on the other hand, is soft and chewy. True to its name, I enjoyed the fusion of both textures on my buds.

Despite its enjoyable bite, the soft stuffed mochi has a faint flavour. The snack, which was supposed to have a milky flavour, turned out to be rather bland. The texture was the only memorable aspect of eating it. 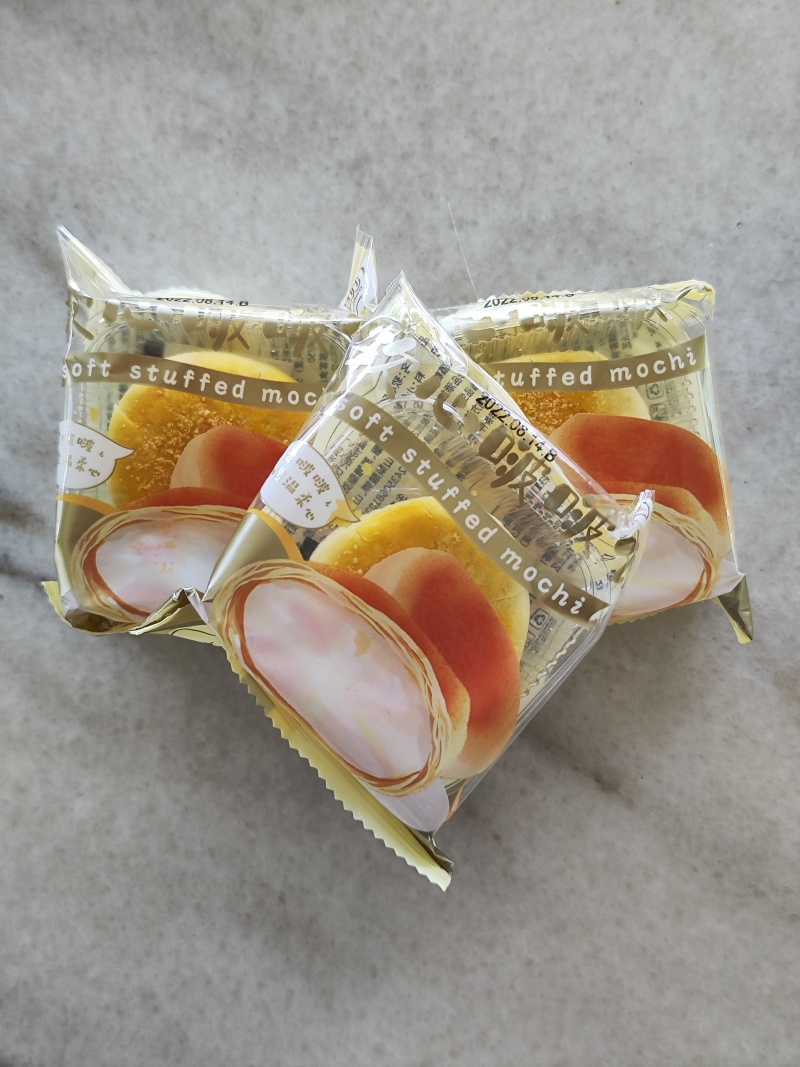 The soft and flaky texture of the stuffed mochi was an exciting bite. 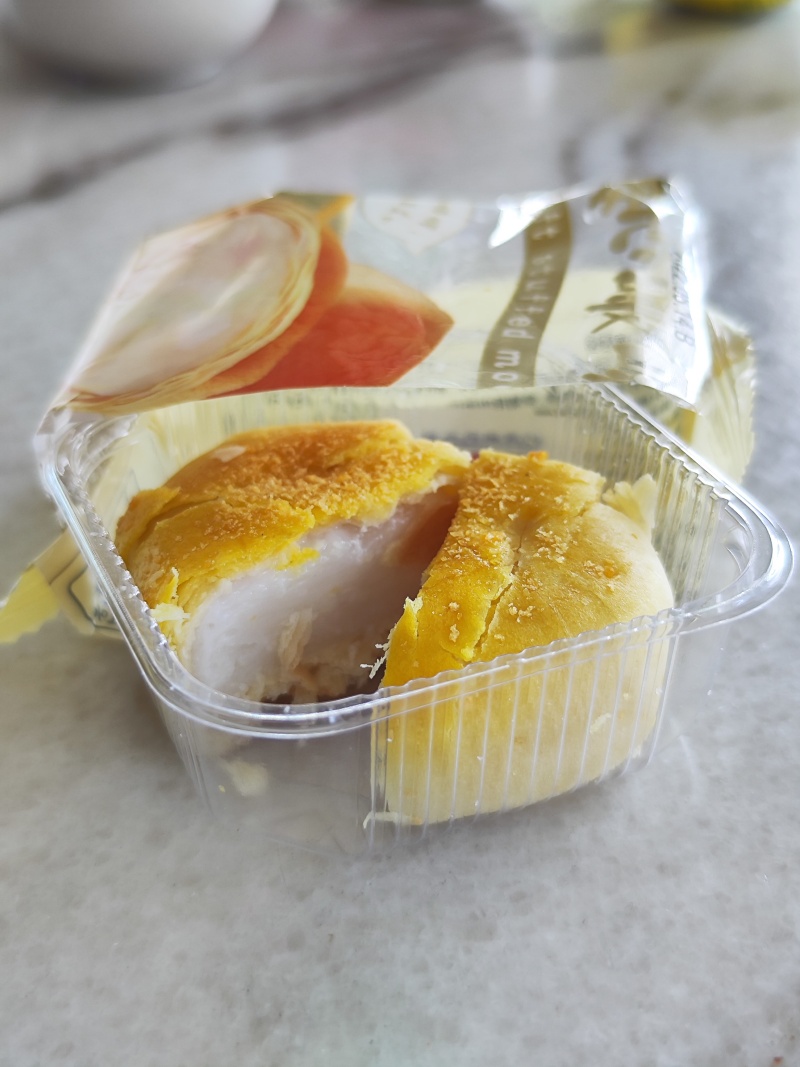 The soft and flaky texture of the stuffed mochi was an exciting bite.

I was surprised when I grabbed the cookie packet. It was no bigger than the size of my palm. However, at 50 cents each, this snack was the cheapest of the bunch. 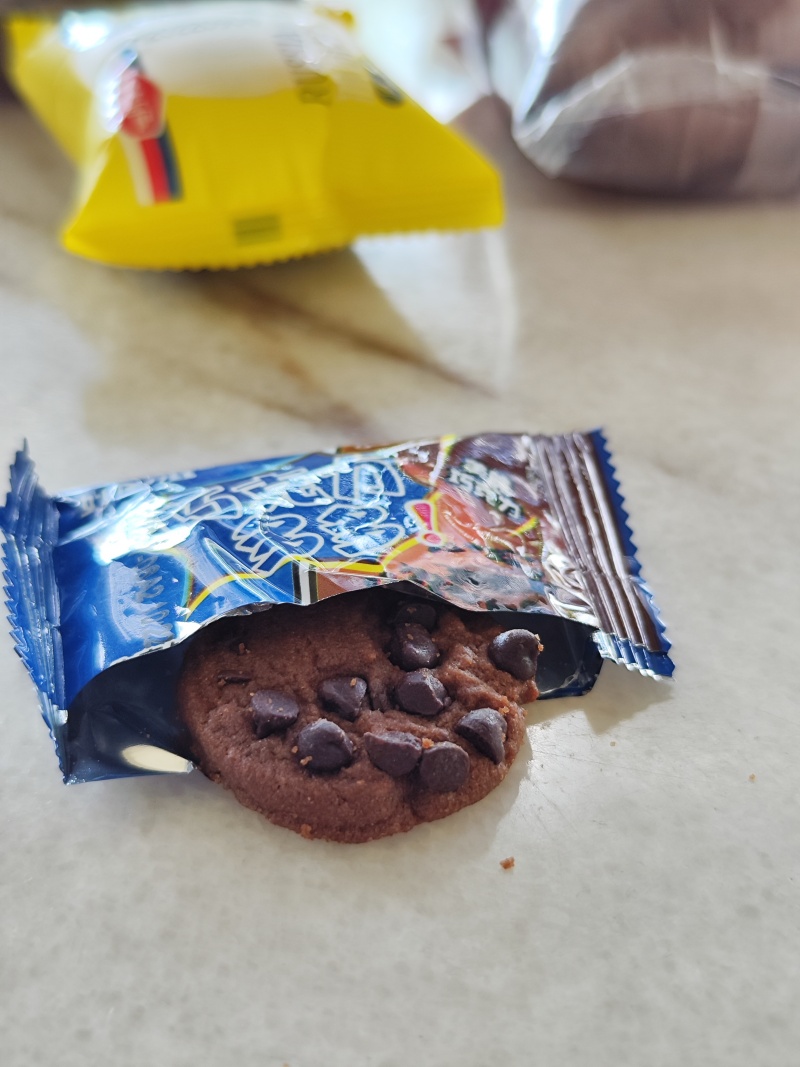 As I ripped open the packet, I was impressed to see that the cookie looked exactly like the illustration.

The chocolate chips were huge and protruding. Although the smell wasn’t overpowering, the way it looked already made me want to eat it.

I ate it all at once because it was small enough to fit in my mouth. Among the Chinese snacks I bought, this has got to be the best.

Its chocolate flavour was subtle but apparent. The chocolate chip cookie is just the right amount of dry and moist. It wasn’t too crumbly either.

My toddler preferred this snack over the others that I bought. 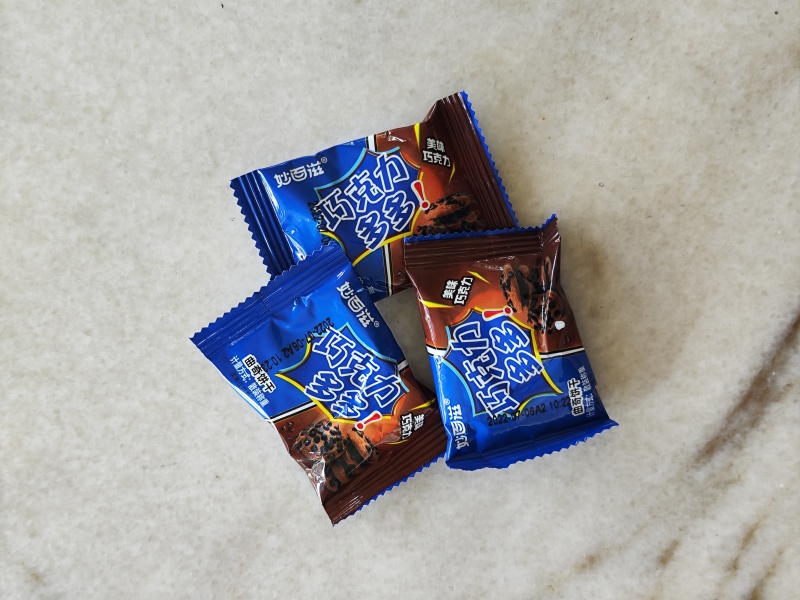 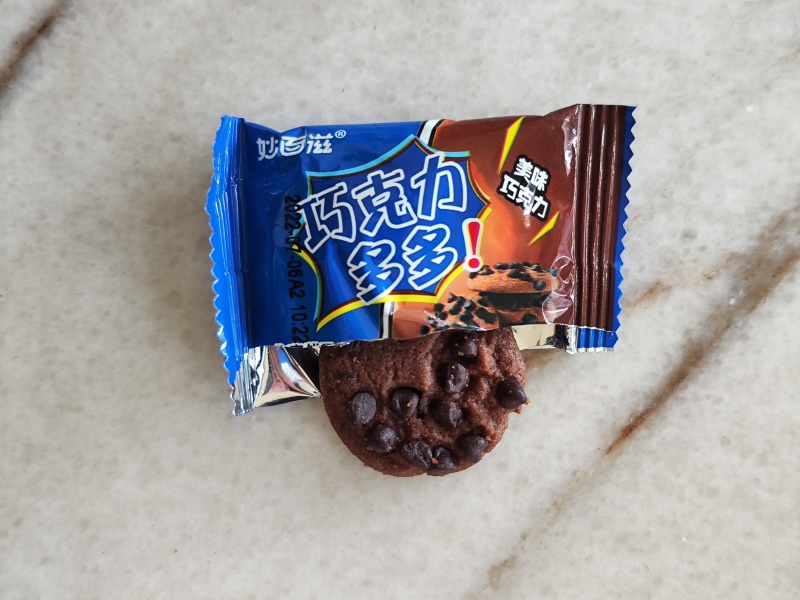 My kids adored the Japanese and local versions of this biscuit finger. So, when I came across the Chinese version, I bought it.

It appeared unappealing because the cream coating was uneven. Regardless, it tasted better than it looked.

Chocolate, strawberry, and matcha flavours were available. I chose the latter because matcha is known to be bitter rather than sweet.

When I bit into it, the matcha tasted more like green tea flavouring. It is still sweet, albeit faintly. The biscuit, while crispy, was also hard to bite into.

Despite the uneven coating, the matcha flavour was still prominent. This can be a good and cheaper alternative to the local market-flavoured finger.

The photo displayed on the seller’s page piqued my interest in buying this lemon pie.

It looked like mochi in between, so I was sold the moment I saw it. The stretched texture when tearing the pie was also appealing to me.

When I first opened the package, I attempted to rip the pie in half. It felt very satisfying to do so.

When I pulled it, it tore naturally, as if you were trying to pick up a slice of cheese pizza.

The flavour of the lemon pie, on the other hand, turned me off. It was unappealing, and I wanted to spit it out.

The flavour was artificial, as there was no distinguishable lemon flavour. Eating this reminded me of the Malay proverb, ‘Indah khabar daripada rupa’ (all that glitters is not gold). 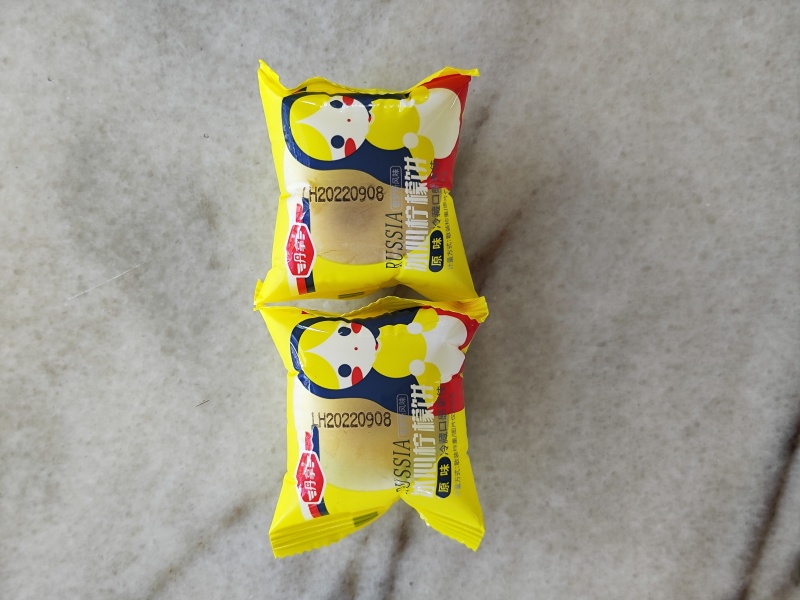 The lemon pie, which although looked good to tear apart, tasted artificial. 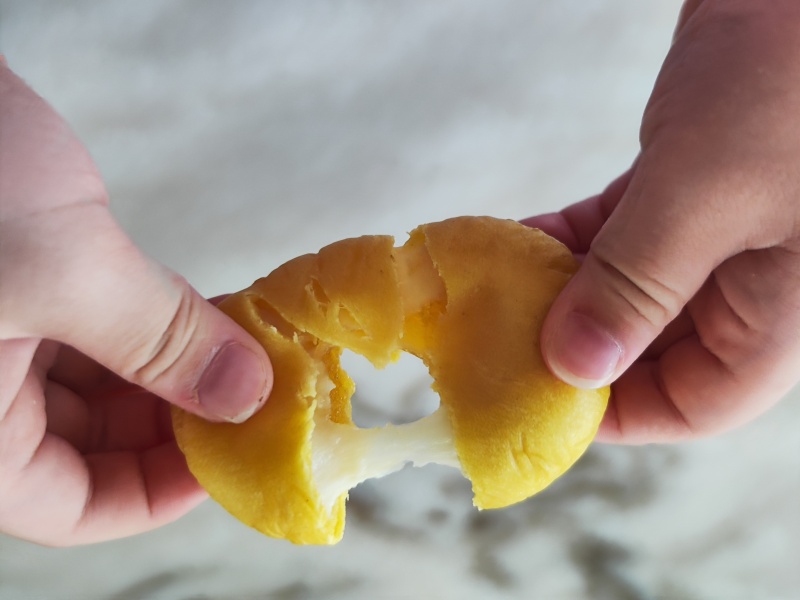 The lemon pie, which although looked good to tear apart, tasted artificial.

These Chinese snacks don’t have much flavour overall. However, there are some notable ones that one should consider buying to enjoy.

The snacks are, without a doubt, less expensive than those available locally, but you get what you pay for.