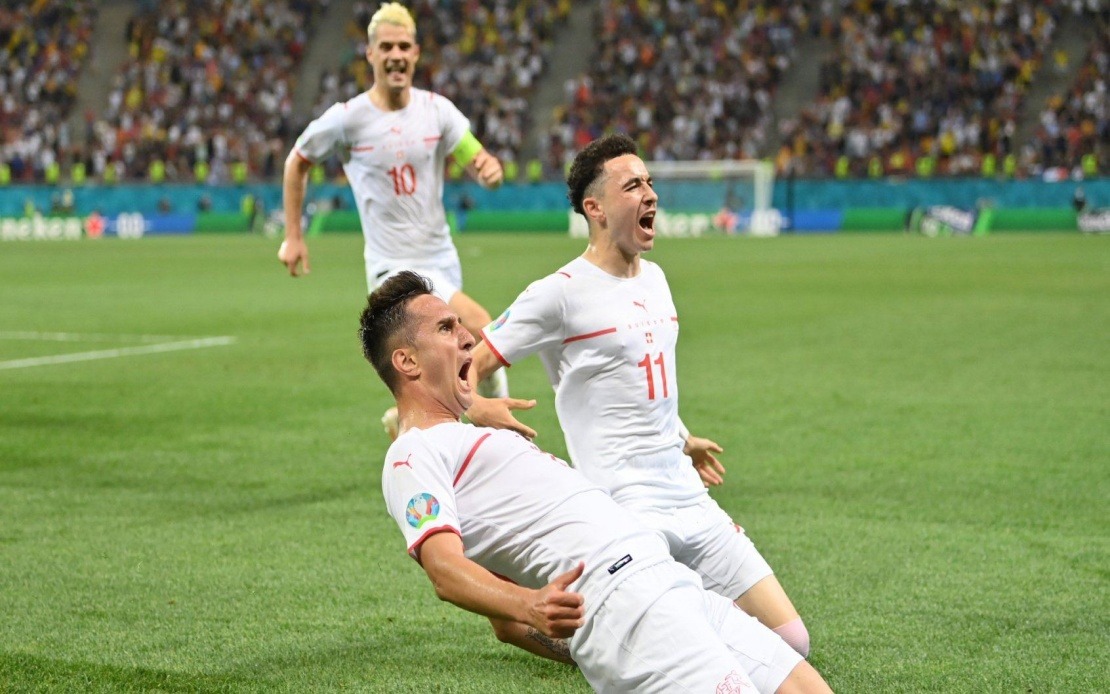 BUCHAREST: Switzerland knocked world champions France out of Euro 2020 in 5-4 penalty shoot-out win following a thrilling 3-3 draw after extra time on Monday, making its way to the quarterfinals.

Switzerland’s goalkeeper Yann Sommer denied French striker Kylian Mbappe’s spot kick to earn his side the victory. Switzerland will next play against Spain, which beat Croatia 5-3 after extra time, in St. Petersburg on Friday.

Both teams were perfect from the penalty spot until Mbappe stepped up to take the last of France’s five scheduled kicks, but Sommer dived to his right and got a strong hand to the striker’s effort, swatting it away to send the Swiss through.

Mario Gavranovic’s 90th-minute strike allowed Switzerland to take France to extra time at Euro 2020 as the last-16 tie in Bucharest ended 3-3 after 90 minutes.

Haris Seferovic gave the Swiss a half-time lead in the Romanian capital but Hugo Lloris saved a Ricardo Rodriguez penalty early in the second half before a Karim Benzema double turned the game on its head.

A stunning Paul Pogba strikes then had the world champions 3-1 ahead but Seferovic scored again to reduce the deficit before substitute Gavranovic equalised.

It was the third game in the round of last 16 to go to extra time but the first to be decided by penalties. – Bernama