Deliver and we’ll be eternally grateful

Politicians are the same all over. They promise to build bridges even when there are no rivers. — Nikita Khrushchev, premier of the Soviet Union Prime Minister Tan Sri Muhyiddin Yassin in his official visit to Sarawak last week appeared to embrace a formula that served his predecessor Datuk Seri Najib Tun Razak well. That is:... Read More
Column, Opinion 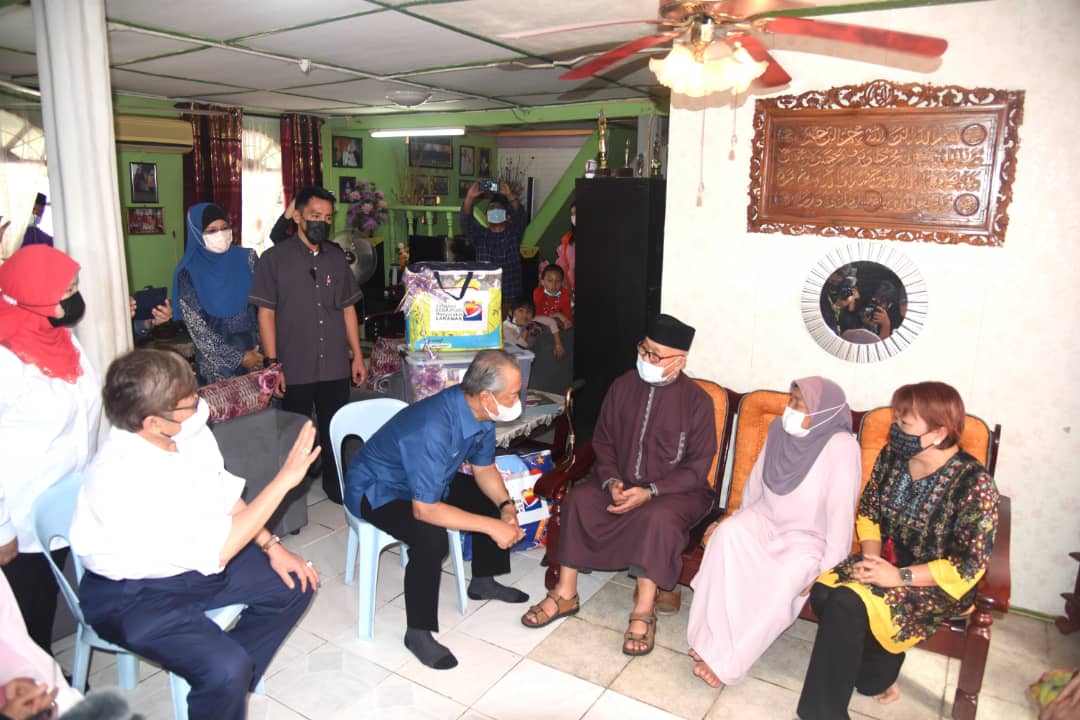 Resident ‘shocked’ by PM’s visit to his home

KOTA SAMARAHAN: A leader of the people, for the people.  That’s exactly how the residents of Kampung Sindang Baru here described Prime Minister Tan Sri Muhyiddin Yassin and Chief Minister Datuk Patinggi Abang Johari Tun Openg when both of them visited the residents today (April 2).  Resident Aris Julaihi expressed ‘shock’ when he was informed that Muhyiddin and Abang Johari would visit his house.  “This is the first time I met him (Muhyiddin) in person, and I feel very proud and thankful to him for coming to my house.  “I see that both of our leaders are people-centric and very good, even the prime minister’s speech that I heard on television did not ‘touch’ on anyone but only focused on talking about the rakyat,” he said.  The former imam and bilal said this when met by reporters after receiving a visit from Muhyiddin and Abang Johari during the Ziarah Prihatin programme.  Meanwhile, Sajili Busrah, a former penghulu of Kampung Sindang Baru, said that it was his first time meeting both state and national leaders in the village.  “This proves that both our leaders truly care for the people, otherwise they will not come to meet the less fortunate our area.  “I am indeed grateful to see that they are willing to come here. I am so proud that the country’s top leader is sitting next to me,” he said.  During the visit, Muhyiddin presented donations to the families under the Ziarah Prihatin programme.  Among those present were Muhyiddin’s wife Puan Sri Noorainee Abdul Rahman, Deputy Chief Minister Datuk Amar Awang Tengah Ali Hasan, Minister of Welfare, Community, Wellbeing, Women, Family and Childhood Development Datuk Seri Fatimah Abdullah, Kota Samarahan MP Rubiah Wang, Samarahan Division Resident Brahim Lumpu, and Sarawak Social Welfare Department director Noriah Ahmad.
Sarawak News 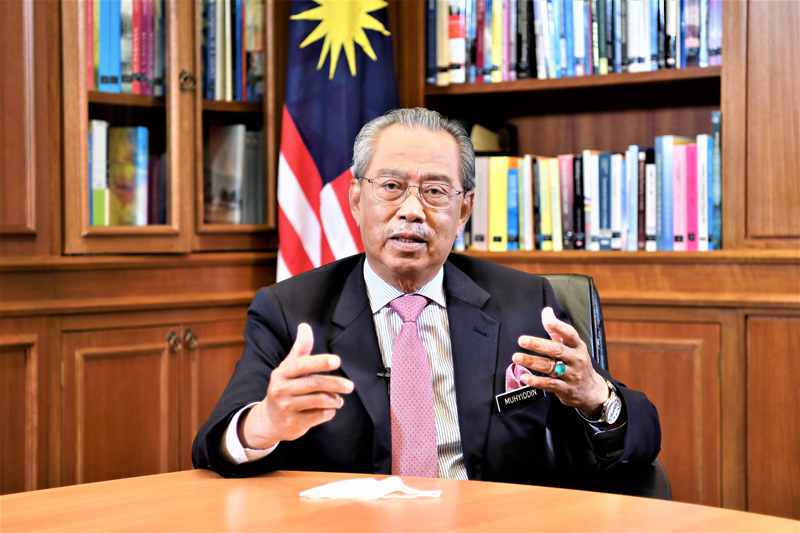 KUCHING: Prime Minister Tan Sri Muhyiddin Yassin will be making a two-day visit here beginning tomorrow. Muhyiddin and his wife Puan Sri Noorainee Abdul Rahman are expected to arrive at Kuching International Airport at 9.45am. He would then have a briefing on the Sarawak government’s direction at a hotel before heading to Stadium Perpaduan, Petra... Read More
Sarawak News 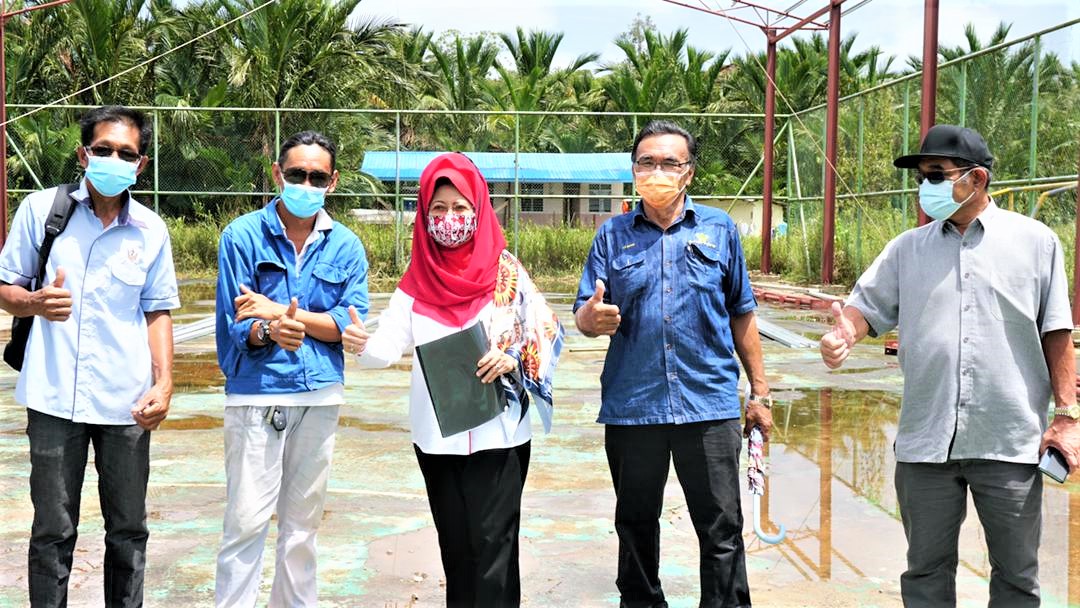 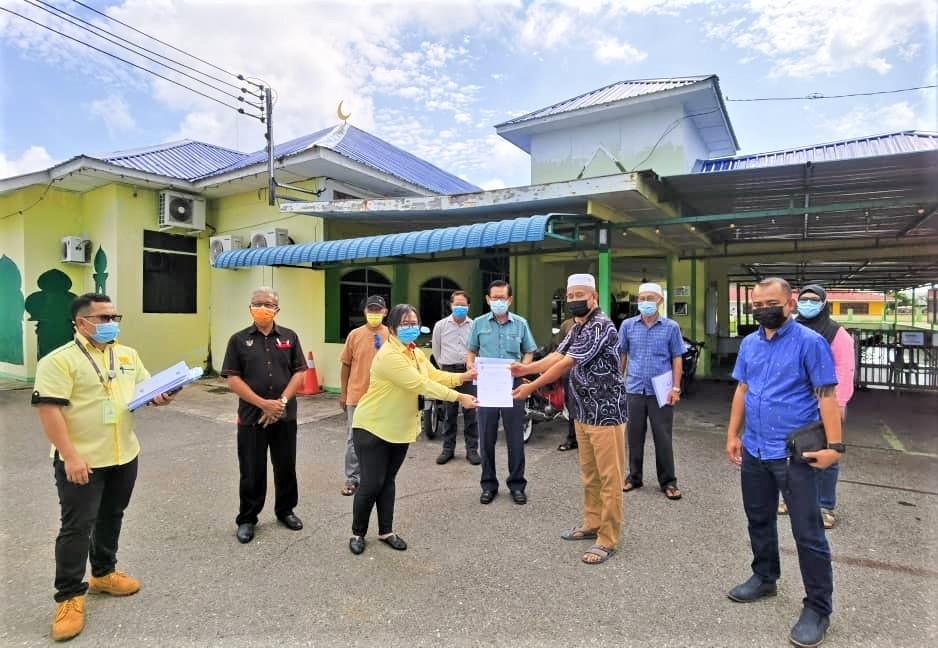 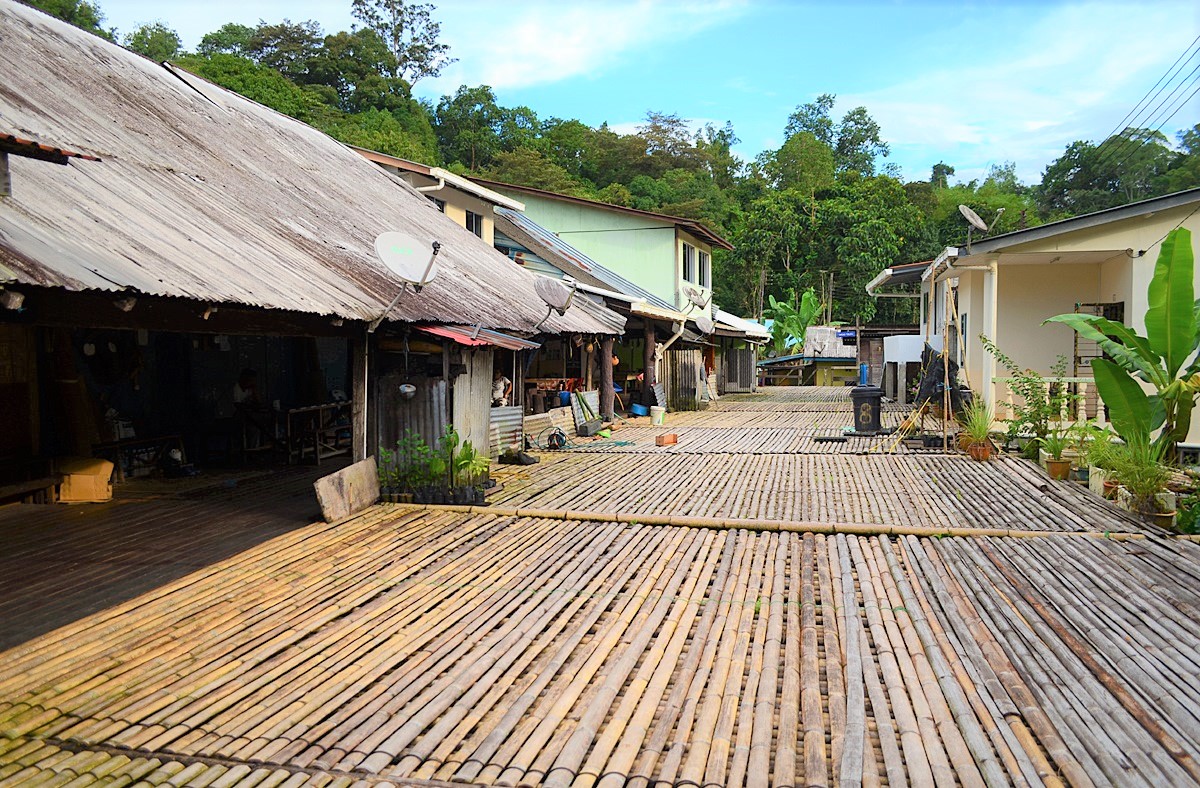 BY ROBERT KENNETH HENRY KUCHING: Alice van Den Ham described her visit to a traditional Bidayuh longhouse about a year ago as the most memorable experience she’s ever had. Alice, 44, who lives in a town called Amersfoort in the Netherlands, was in Sarawak for a week-long holiday with her husband Jack Homann, 48, and... Read More
Travel & Food 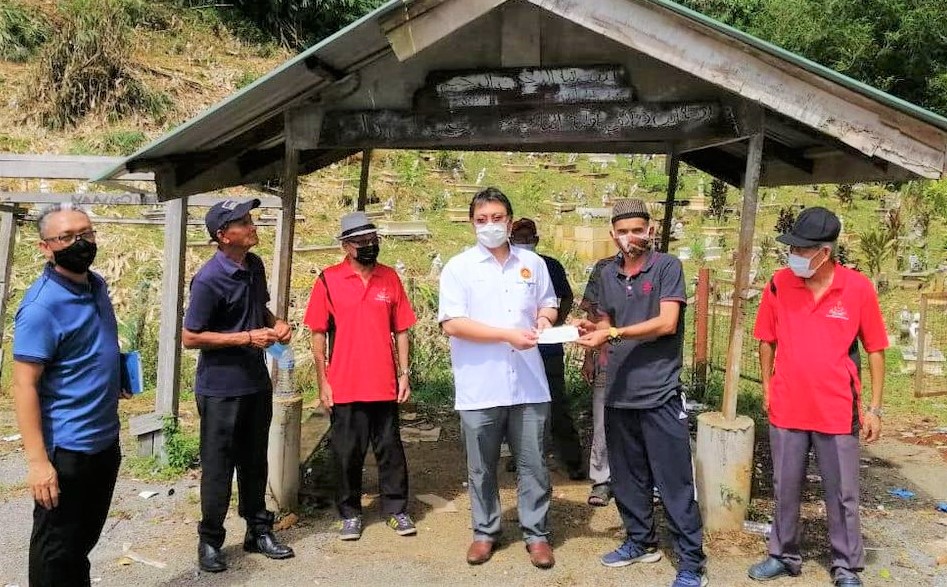 400-year-old Jernang cemetery to be preserved

KUCHING: The Jernang Muslim cemetery must be preserved to allow next-of-kin of the deceased to visit the grave of their family members and relatives. In stressing this, Demak Laut assemblyman Dr Hazland Abang Hipni said continuous assistance must be given to preserve the over 400-year-old cemetery. “The cemetery is used by residents of Kampung Senari,... Read More
Sarawak News 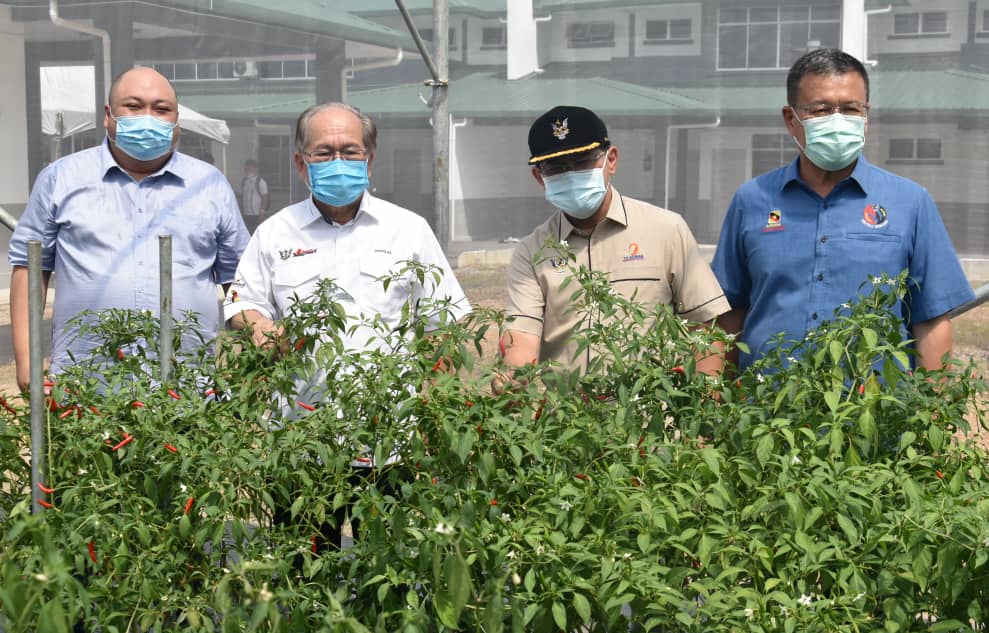 KANOWIT: Chief Minister Datuk Patinggi Abang Johari Tun Openg is scheduled to declare open the new Nanga Machan Agriculture Office tomorrow. The RM4 million-office sits on a 1.2-hectare site near the Nanga Machan bazaar. The office is among several new work places of the Agriculture Department in rural areas throughout the state. The department is... Read More
Sarawak News 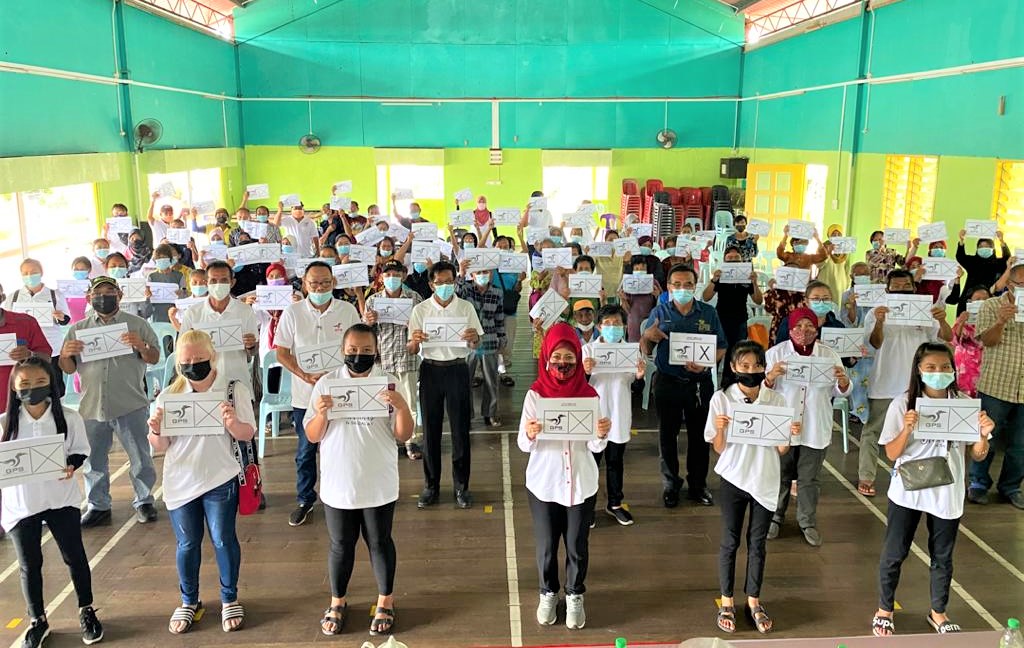 DALAT: Dalat assemblywoman Datuk Seri Fatimah Abdullah visited 29 villages in her constituency in conjunction with the’ Ziarah Kampung in Dalat’ programme series since June 29. The last location — Kampung Sungai Kut Muara — which she visited today marked the end of the programme. “This enables me to reach out and listen to our... Read More
Sarawak News 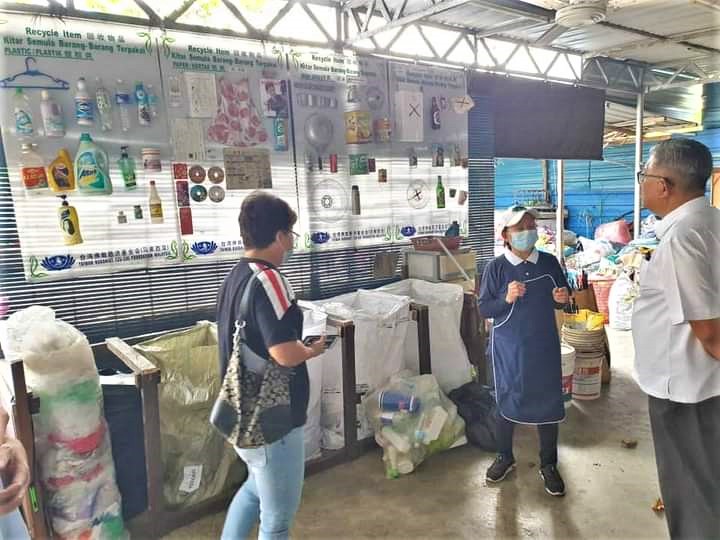 SIBU: Sibu Municipal Council (SMC) chairman Clarence Ting and entourage today (Sept 30) paid a visit to Rejang Park recycling centre here. Their visit was to check on the condition and situation there. “I was glad to visit this clean and neat recycling centre operated by a Buddhist association. Their recycling earnings are donated to... Read More
Sarawak News
NEWER POSTS 1 2 3 4 OLDER POSTS