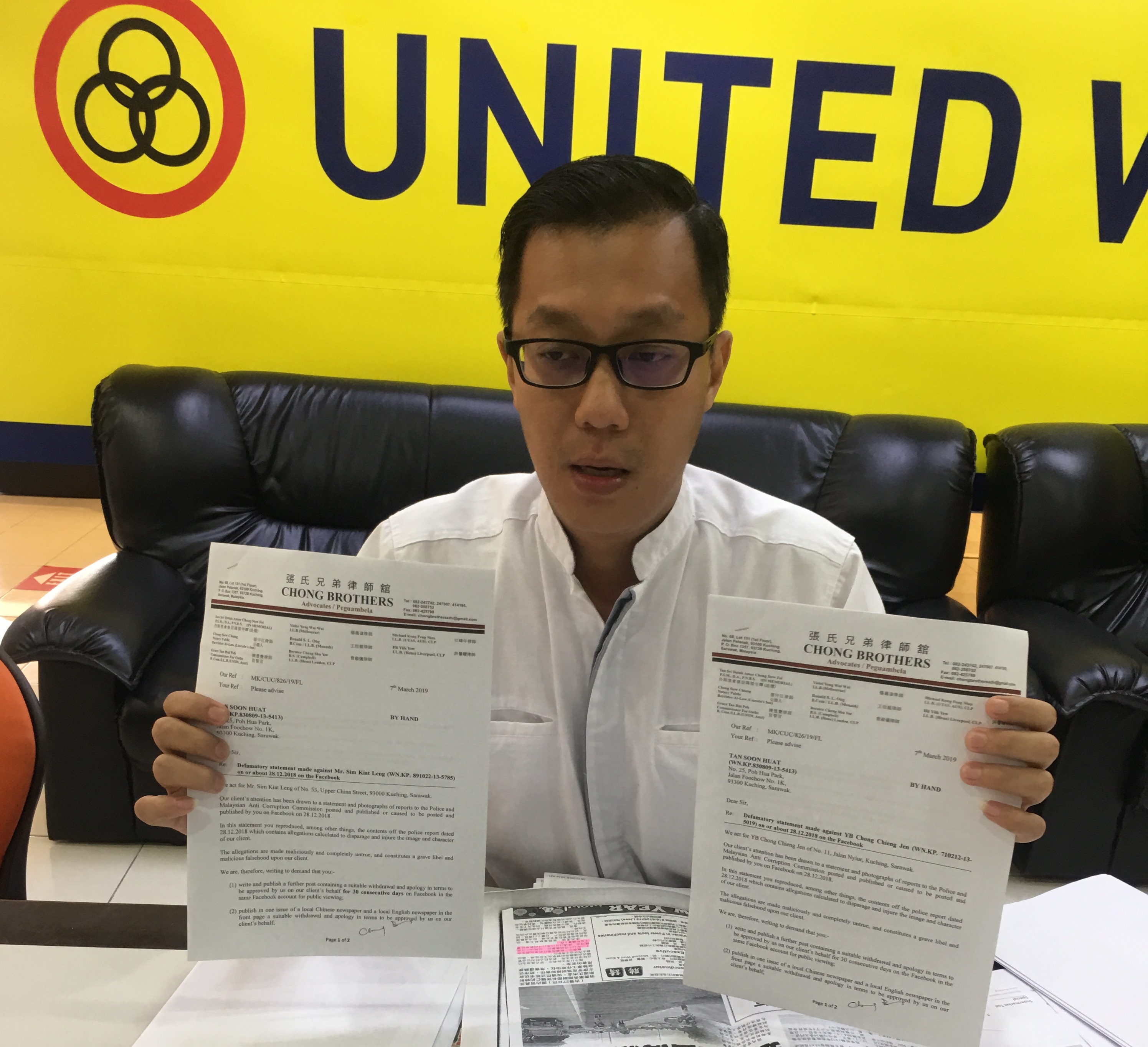 In a press conference earlier today at the Sarawak United People’s Party (SUPP) headquarters, Tan said that for a while he was at a loss for words as he never expected that the grass cutting issue would land him in any legal trouble.

Tan who posted a summary of the grass cutting issue on his Facebook account under the handle “Leonard Tan” stated that on November 23 last year, Works Minister Baru Bian said there was no budget for that month and December for cutting grass along protocol roads.

On November 18 DAP Batu Kawa secretary Christina Chiew said the money for grass cutting had been “drained” before November, and on December 26 Pujut assemblyman Dr Ting Tiong Choon said a grant for the purpose would be available this year.

“On December 28 I lodged a police report. Everything was quiet until at 10am on March 11 when I received two letters of demand from a legal firm asking me to apologise to Chong and Sim and pay for restitution or something,” he said.

The letters wanted Tan to withdraw the Facebook post, put up an apology to the affected parties for 30 days and apologise on the first page of both English and Chinese newspapers.

Tan was also asked to pay a certain amount to both the aggrieved parties and in future he must not post the same offending material anywhere while both aggrieved parties reserve the right to take him to court.

Tan said he is leaving the matter to his legal team.