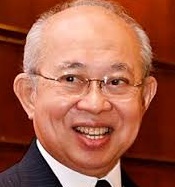 GUA MUSANG, Kelantan: Gua Musang MP Tengku Razaleigh Hamzah reiterated today that he will remain with UMNO and not join any other political party.

He said this is an assurance for his constituents who have elected him as their representative in every general election. He has been an MP since 1974.

Tengku Razaleigh said he should not be equated with those UMNO leaders who left and joined the ruling party after the 14th general election (GE14) last year without considering the sacrifices of their constituents in electing them as their representatives.

“I respect the decision of the people who elected me in GE14 and will not sacrifice my principles for self-interest,” he said at a meeting with settlers at the Lebir Kesedar land development scheme, here.

Speaking to reporters later, Tengku Razaleigh said the UMNO-PAS cooperation is good for the unity of the Malays.

He said, however, that the cooperation must be sincere. – Bernama

Source of earth shattering-sound in Sabah, Labuan and Brunei remains a mystery

MCO can be lifted, but tighten SOP

Highest number of recoveries with 4,522 cases