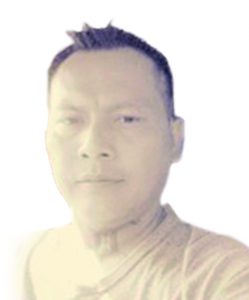 LONG before Watson Nyambek became the nation’s top sprinter, there was another Iban who awed many and dubbed the ‘Flying Sea Dayak’. Terrence ‘Ted’ Janting’s surprise win in the Malayan Open in 1956 in Penang subsequently earning him the ‘Flying Sea Dayak’ moniker from the press from Singapore and then Malaya.
He beat champion Kesavan Soon, making him one of the best sprinters Sarawak had ever produced.

It was also the first successful attempt by Sarawak to participate in the Malayan Open after making their debut in 1954. According to Datuk Tham Siew Kai, himself a runner, Terrence surprised everyone and the British press in colonial Malaya when he beat then top runner by the name of Joe Levula, a Fijian soldier stationed in Singapore, who was the top sprinter in the two territories.

Terrence, who passed away in 1975, was a virtual unknown from Borneo when he upset the sprint king. His victory was a major win in the then two territories of Malaya and Sarawak in Borneo.
Many who know him acknowledged his natural talent in running although he was also known to put in little training.

Born and raised in Singapore, he was also a footballer and back then, speedsters like him and teammates such as Joseph Lee, Ali Bema and his brother and Borneo Cup star James Janting formed a very formidable Sarawak side in the 50s.

Joseph Lee Gut Hing, a top sprinter who arrived onto the scene a few years later, met him at the Borneo Games in Brunei in 1958. In that one and only meeting between the two top guns, Lee beat him in the 100 yards and recalled that Terrence was a natural runner who trained very little but could just turn up and win races. “I don’t know if his sprinting prowess was from his football playing days or whether he receive some coaching while in Singapore but in the only race we met, I got the better of him by a whisker at the Borneo Games. “I beat him because besides the talent that I possessed in running, my strong point was that I trained very hard but his reputation is based on his natural running,” recalled Lee.

There is a myth that Ibans make great runners but Lee opined: “He is a stylish and natural talent but to say that he belonged to a myth did not sit well with me.
“I beat him so that proves that he is not invincible, but he’s a great talent no doubt.”

Meanwhile, Tham said of Terrance: “I believe real talents like Terrence, Kom Tinggang or Watson Nyambek (all Iban) are not found every year but after a few decades.
“I don’t know where his talent came from. Maybe from football as he played the game before.”

Tham said Terrence studied in Singapore and when he came to Sarawak, he beat then reigning champion in the 100 yards, Peter Thien, to claim the title. He also won two Borneo Games titles in the 100 yards.

Like a phantom, the enigmatic Terrance appeared, made his mark and quickly left the scene.  Another Iban, Kom Tinggang, appeared and dominated the 100m in the 1970s, taking over Terrence’s mantle as the ‘Flying Sea Dayak’.  After Kom, it was Miri schoolboy Watson Nyambek, who took the Malaysian athletics scene by storm when he outclassed his rival in the 100m and set a new national record of 10.38secs. Watson became the next ‘Flying Dayak’, but Terrence was the first man to pave the way. – Bryan Mathiew