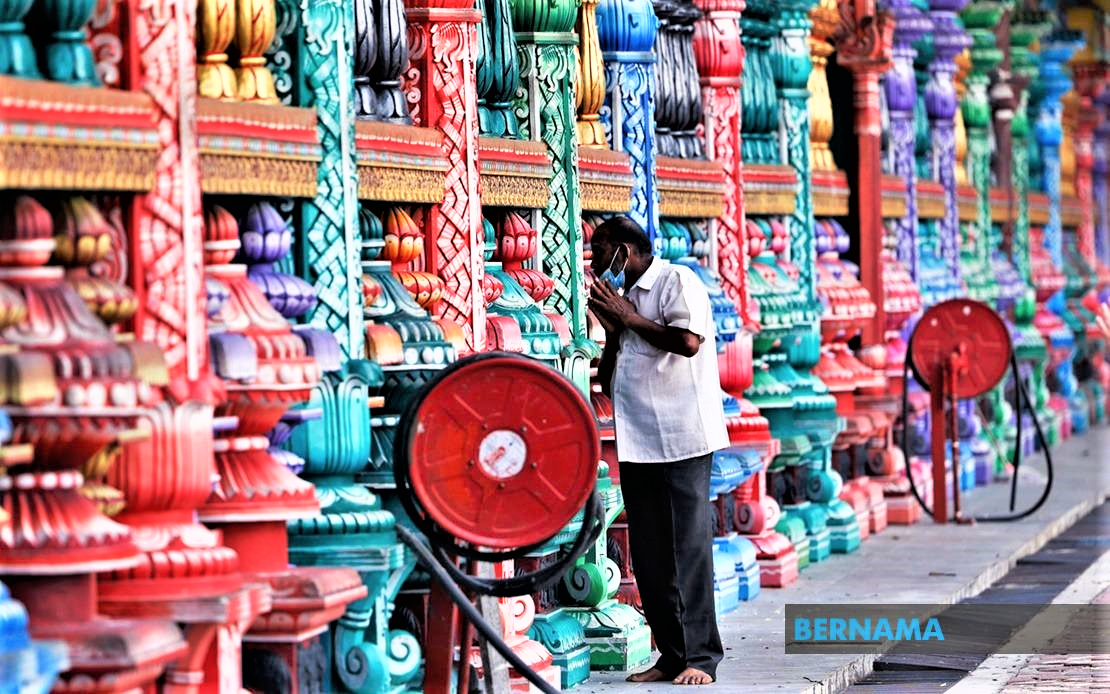 KUALA LUMPUR: There has been no violation of the standard operating procedure (SOP) for the Thaipusam celebration during the enforcement of the Movement Control Order throughout the country so far, said Deputy Inspector-General of Police Datuk Seri Acryl Sani Abdullah Sani.

He said Hindu devotees celebrating Thaipusam complied with the National Security Council’s (MKN’s) SOP to curb the spread of Covid-19 by not having religious processions.

“There are no reports from observation teams nor from the public about any large-scale gatherings or prayers because the SOP clearly states that they are not allowed.

“Currently, there is no one in the country who is stubborn enough to do so,” he told Bernama.

Acting Selangor police chief Datuk Arjunaidi Mohamed, meanwhile, said that since yesterday no compound was issued in the state as all parties involved in the festival complied with the instructions given.

“Only three compounds were issued relating to traffic offences, but none for SOP violations,” he said after monitoring the SOP compliance at the Sri Subramaniar Swamy temple in Batu Caves here.

In PERAK, Perak Police chief Datuk Mior Faridalathrash Wahid said the situation during Thaipusam was under control and no SOP violations were recorded, adding that the usual chariot procession was not held in the temple areas.

“We have assigned observation teams to certain locations and there has been no problem so far,” he said when contacted.

In PENANG, checks by police at all temples usually frequented by Hindu devotees during Thaipusam, including at Jalan Air Terjun, here revealed that no one was headed there for prayers.

Penang Police chief Datuk Sahabudin Abd Manan said they conducted observations and inspections as early as 6 am at all temples in the state and found that Hindu devotees had complied with the SOP.

“Based on police observation, there were some temples that were not open at all, while those that were did not hold any prayer ceremonies involving the public, but only for temple committee members, at no more than five people at any one time.

“Prayer ceremonies are being conducted by Hindu devotees in their homes and things are going smoothly as I see them complying with the SOP as they celebrate Thaipusam this year,” he said when contacted. – Bernama