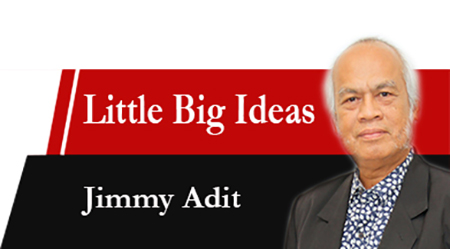 – N. R. NARAYANA MURTHY, INDIAN IT INDUSTRIALIST AND THE CO-FOUNDER OF INFOSYS

Dr Bong Ing Hui and Dr Wong Woan Hui did not get their contracts with the Sibu Hospital renewed when their two-year stint expired. No reason was given in the letter of termination.

Bandar Kuching MP Dr Kelvin Yii was quick to respond, claiming he had sought clarification from the Ministry of Health.

He was so cool about it, saying “this issue has happened before and not a case of discrimination (against) Sarawakians as some quarters seems to be playing up”.

Is that so? So, we can all feel good about it? We should all be as cool as the Bandar Kuching MP and sleep and purr like a cat, happy that the termination was done in good faith?

Unfortunately, it’s hard to see the wisdom behind the decision to not renew their contracts when the state does not have enough doctors in its hospitals and clinics.

Just visit any of our government hospitals and clinics to know how dire the situation is. Patients get sicker and moan and groan, waiting in long queues to be attended to by doctors.

That’s the reality on the ground and that’s why many more Sarawakians aren’t as cool as Dr Yii.

An article written in December 2010 reported the Malaysian Medical Council as saying that Malaysia had 27,709 doctors (including 3,651 house officers).

The council said Malaysia was producing between 3,500 and 5,000 medical graduates annually, a big figure for a country with a population of 27 million. It said there was an oversupply of doctors and housemen. There were just too many doctors!

The ratio may have improved since 2015, but the fact remains that the state doesn’t have enough doctors. The services of medical officers like Dr Bong and Dr Wong, who want to serve Sarawakians with dedication, are badly needed in both the urban hospitals and clinics and those located deep in the interior areas of Sarawak.

Sarawak is as big as Malaya, and there are huge pockets of people who need the services of doctors but don’t get enough of these because they live far from the urban hospitals and clinics. It is for this reason that despite all the challenges, Sarawak continues with it flying doctor service (and sees little logic in the millions spent on flying cars).

Here in Sarawak the crucial issue is coverage and general accessibility to healthcare.

He said Sarawak must have administrative autonomy and more funding in healthcare from Putrajaya in order to serve the people better and meet local needs.

Administrative autonomy means Sarawak will be able to make decisions on health-related matters such as where to build hospitals and the number of specialists needed.

Many MOH policies are good only for Malaya but cannot be applied to Sarawak because of the state’s unique situation.

Sarawak maybe as big as Malaya but has a much smaller and scattered population. We don’t need big hospitals like in Malaya because we don’t have so many people, but we need to have more hospitals with specialists so that we can cover the whole state.

The case of the two Sibu doctors highlights the need to have greater or complete autonomy of the medical and health services by the state government.

Like it or not, this too is tied to Sarawak’s ongoing discussion with the federal government on the return of its MA63 rights, including its oil and gas rights.

Chinese New Year is hardly a week away and here we have two young Chinese doctors, who have just lost their jobs.

Dr Bong and Dr Wong did not lose their jobs because there were too many doctors in Sibu hospital.

There can be two reasons why their contracts were not renewed — one, the system sucks; two, they were discriminated against.

Until the MOH comes up with a clarification those two reasons stand.

Darling, I just love your money

The best amongst the worse?

Thank you — for giving us TVS

Recycle your clothes, save Mother Earth

We are grateful people