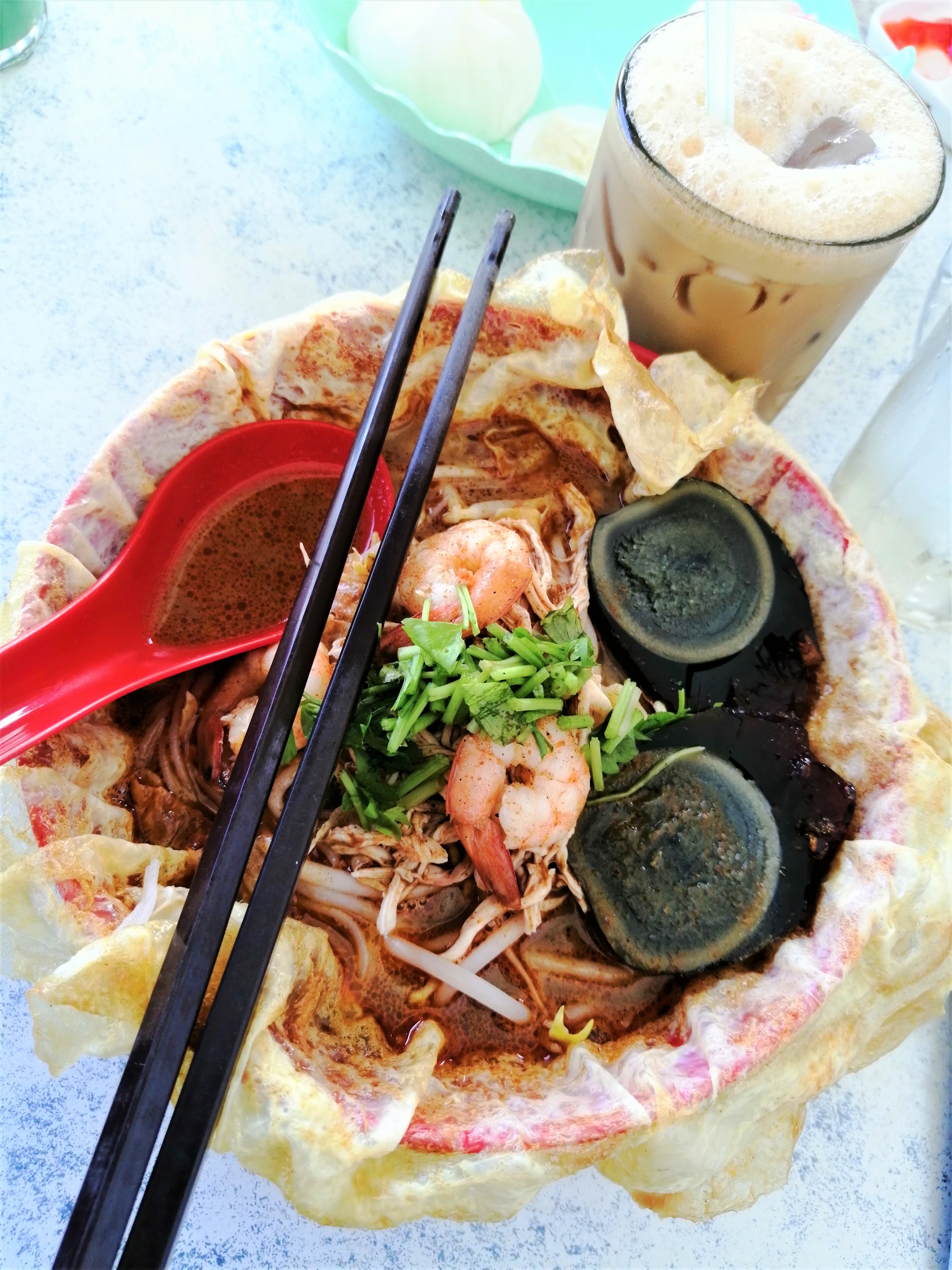 Laksa. A rich, flavoursome noodle soup that is so beloved, nearly every Malaysian state has its own take. Served in most food establishments — from the humblest of coffee shops to high-end restaurants — this bowl of noodle soup with a spicy and tangy kick is a flavourful concoction of multiculturalism.

The 6 different types of Laksa in Malaysia

For the uninitiated, Wikipedia defines laksa as “a popular spicy noodle soup in the Peranakan cuisine”, but it is so much more than that. It’s a dish at the heart of Malaysian cuisine — spicy, sweet, sour, savoury, at-times fiercely pungent yet subtly nuanced, so strikingly different in each regional variation but all deep-rooted in the same history and heritage older than Malaysia herself.

R. J. Wilkinson’s 1901 dictionary, “A Malay-English Dictionary” claims that the word “laksa” means ‘ten-thousand’ in Sanskrit. In the Persian language, it is a type of vermicelli and if one adds a ‘H’ to spell Laksha, it would mean ‘slippery’ — another old term for noodles.

The Laksa could have also gotten its name due to the large number of ingredients used to make it. Anyone who has attempted to cook a bowl of Laksa would know.

Did you know that the late Anthony Bourdain once referred to Sarawak Laksa as the ‘Breakfast of the Gods’? Sarawak laksa has a base made of sambal belacan — a popular spicy Malaysian chili condiment that is made of shrimp paste, garlic, chillies and lime juice. The soup contains coconut milk and sour tamarind, and is served with vermicelli rice noodles topped with omelette strips, chicken strips, fresh coriander, prawns, bean sprouts and lime.

Nyonya Laksa is a rich, coconut-based broth that originated from Melaka. The broth consists of coconut milk or assam cooked with prawn shells and chicken bones. Its toppings consist of prawns, sliced fish cakes, julienned cucumber bean sprout and bean curd puffs. It is also served with either hard-boiled eggs or quail eggs alongside Vietnamese coriander.

Curry laksa (or curry mee, as it is known in Penang) originated in the states of Melaka and Johor respectively. This particular laksa version is made of coconut milk and curry and comes with extra dollops of sambal chilli paste and laksa leaf (or Vietnamese coriander) to give it that extra kick.

Assam Laksa is a sour, fish-based soup that originated from the island of Penang. The sour flavour originates from tamarind (the Malay equivalent is assam), which is used in its soup stock, although some might opt to use dried sour mangosteen instead. There is no coconut milk in its broth, which instead is made of fish and torch ginger flower.

Similar to Penang’s Assam Laksa, Laksa Kedah is a fish-based, assam-flavoured noodle dish. It comes packed with common laksa ingredients such as onions, cucumber, Vietnamese coriander, and tamarind. What makes Laksa Kedah stand out from the rest is its use of mackerel or sardines, normally fresh from the fishing villages of the state.

History of the Tower Market

Monopoly: The ultimate game of domination