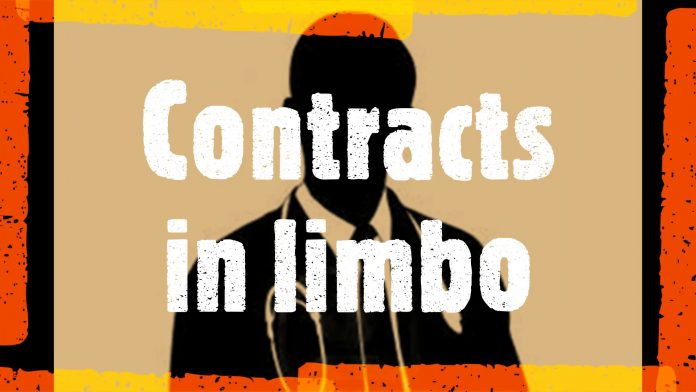 SIBU: It looks like the issue of the termination of the service contracts of medical officers (MOs) has not been resolved.

On the contrary, the situation may be getting worst as news of more contract terminations filter in.

The Health Ministry has reportedly terminated the contract of another five young medical and dental officers (MOs), bringing to 11 the number of MOs whose services have been prematurely ended.

The latest service contract termination put into question the assurance by Sarawak DAP chairman Chong Chieng Jen, who on January 23 publicly said that the contract of all MOs in Sarawak would be renewed.

Last January the bureau issued an open letter to the prime minister and deputy prime minister, exposing the plight of four young medical officers whose contracts were not renewed. No reason was given in the letters of
termination. Two were from Sarawak and the other two were from West Malaysia.

“Now, ‘chap goh meh’ is over, the MOs in Sarawak still haven’t received the new contracts. The people of Sarawak hope that the two federal ministers will honour their promise made on the eve of Chinese New Year,” said Ding.

He also claimed that the bureau was informed by a father of a local dental officer about the disproportionate ratio of Sarawak and Malayan officers confirmed for permanent posts.

Meanwhile, the bureau encourages young doctors and dentists in the state to form their own association.

He said all doctors and dentists who are not specialists are eligible to become a member of the proposed association to fight for their own benefits and welfare.

He informed that the chairman of Malaysia Medical Association, Sibu Chapter Dr Wong Chya Wei has agreed to be an advisor of the proposed association.

“A few parents in Sibu and Kuching have called up SUPP Education Bureau informing us that their children who are also doctors and dentists will definitely join the proposed medical association,” he said.

He said the proposed association was very important because issues such as postings, confirmation of permanent posts which are faced by young doctors and dentists in Sarawak were different from Malaya.

He pointed out that Sarawak particularly the rural areas, was still facing insufficient medical and dental officers and specialists. “Many doctors and dentists from Malaya are reluctant to serve in Sarawak. It is an undisputed fact that MOs from Malaya after completing their specialist training in Sarawak will choose to go back,” he said.