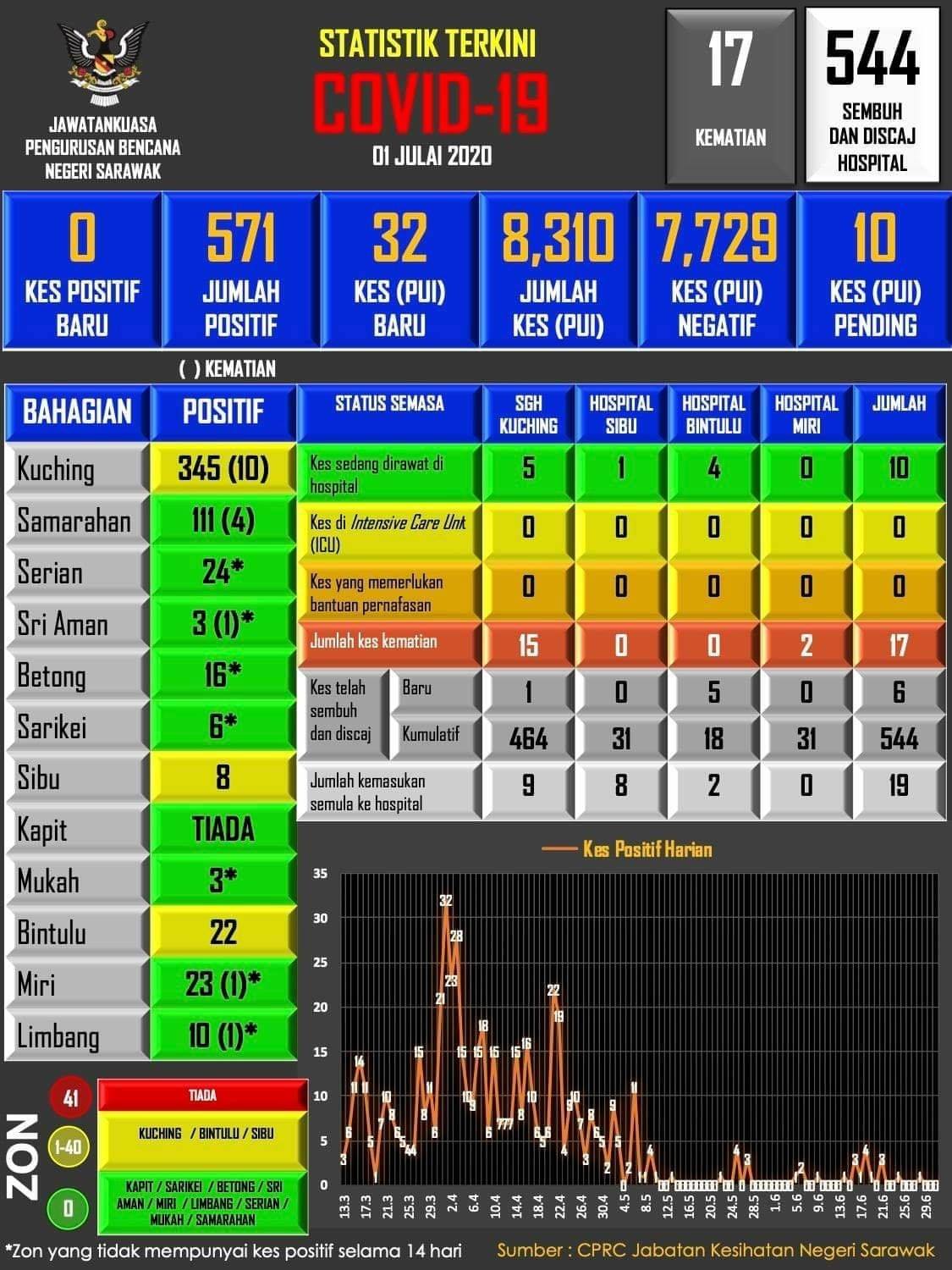 KUCHING: Sarawak recorded no new positive Covid-19 case on Wednesday (July 1) for the third consecutive day, with the total number of positive cases in the state thus far remaining at 571.

“The total number of positive Covid-19 cases which have recovered and been discharged is 544 or 95.27 percent,” he said at the Sarawak Disaster Management Committee (SDMC) Covid-19 daily press update on Wednesday.

“Ten individuals are still receiving treatment at hospital isolation wards. The number of deaths remains at 17,” he said.

He added that 32 new person-under-investigation (PUI) cases were reported, while ten were still awaiting laboratory results.

Uggah, who is also SDMC chairman, said that 63 persons-under-surveillance (PUS) had checked into hotels on Wednesday to undergo quarantine, bringing the total number of PUS at 13 hotels to 866 while 17,058 had completed their quarantine period.

On Op Benteng, he said that there were six roadblocks in five districts on Wednesday, namely two in Lundu and one each in Bau, Serian, Sri Aman and Lubok Antu, where a total of 1,120 vehicles were checked.

The individual, along with seized goods valued at RM490,986 (a bulldozer, four lorries, a four-wheel drive vehicle, and smuggled goods) had been taken to the Lundu police station for further action, he added.